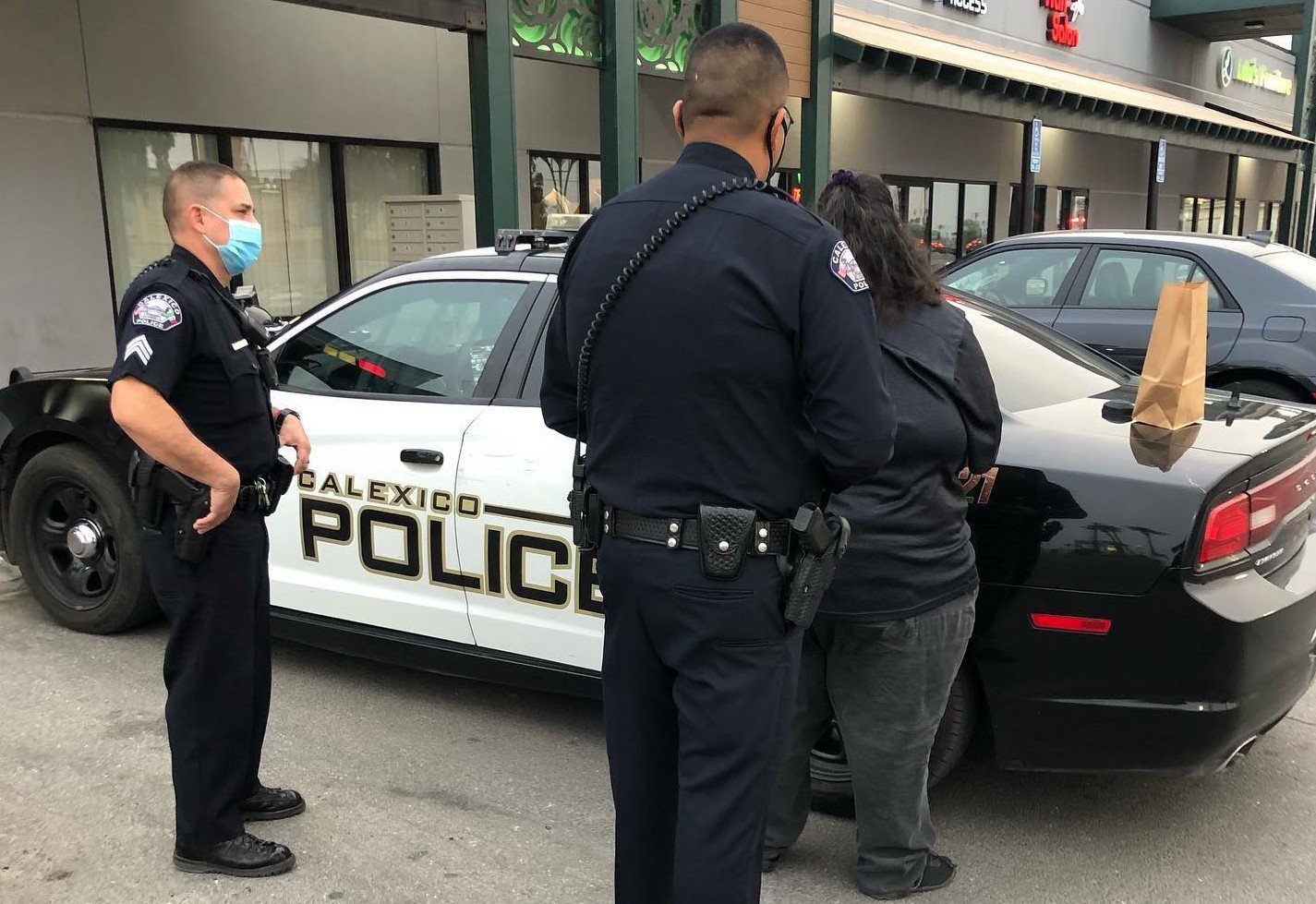 Calexico police officers take suspect Jessica Morin Olivera, 36, of El Centro into custody at a 7-Eleven location in Calexico on Sept. 10 on allegations she embezzled some $219,000 over two years from five different 7-Eleven stores. She was released pending her re-arrest when and if charges are filed against her by the Imperial County District Attorney’s Office. COURTESY PHOTO
Home
Local News
In Local NewsPublic Safety

Although the Calexico Police Officers Association posted photos of an arrest of a 7-Eleven store employee on counts of embezzlement last week, the suspect was released from custody and is free pending her re-arrest and charges being filed by the Imperial County District Attorney’s Office, a police sergeant clarified recently.

“We intended to book her, but the jail wouldn’t accept any financial-related crimes” due to COVID-19 precautions, Calexico police Sgt. Sean Acuña said Sept. 24.

Calexico police initially arrested suspect Jessica Morin Olivera, 36, of El Centro while at work at a 7-Eleven store in Calexico on allegations she embezzled some $219,000 from a total of five 7-Eleven locations owned by one individual. Acuña said she was employed by the owner as a bookkeeper who was in charge of making bank deposits for all five stores.

Over a period of two years, the woman was suspected of embezzling cash from three stores in El Centro and two stores in Calexico, Acuña said. Her arrest came Sept. 10 after an employee from 7-Eleven called the department to report that the “corporate office noticed anomalies with deposits made,” Acuña added.

After a search warrant was served at Olivera’s El Centro home, deposit receipts “that should have been returned to the store and filed,” Acuña said, were found in the home.

He said no cash was recovered.

Any amount over $950 is considered felony embezzlement, the sergeant said.