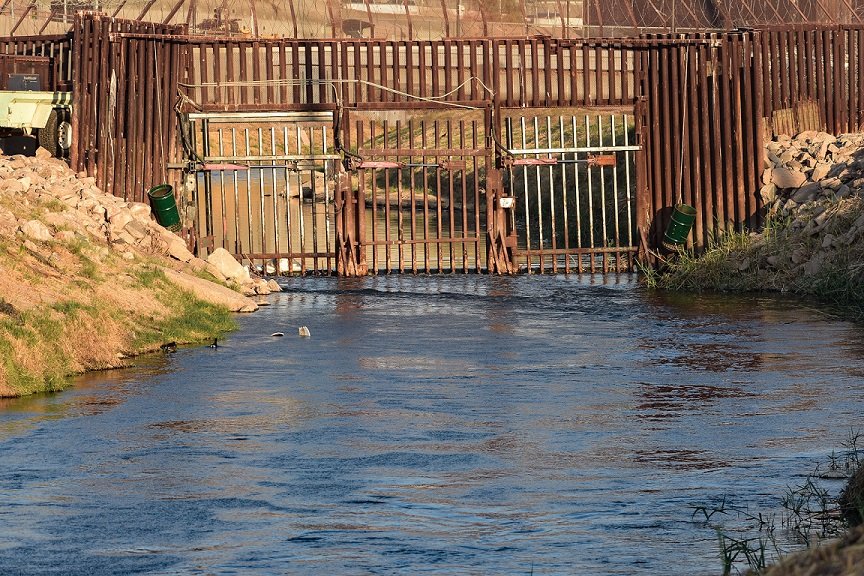 The highly polluted New River flows into Calexico north from Mexicali. Once again, over the weekend, raw sewage was dumped into the river during a bypass of Mexicali water treatment facilities. Members of the Imperial County Board of Supervisors on Sept. 22 suggested renaming the polluted river the "Vargas," after Congressman Juan Vargas, and the bridge that spans it the "Sen. Dianne Feinstein" bridge in honor of their inaction to exert federal pressure to clean up the international waterway. | CORISSA IBARRA PHOTO
Home
Local News
In Local News

IMPERIAL COUNTY — Frustration over years of federal inaction at the New River bubbled over during a recent local meeting when the idea surfaced of renaming the historically polluted New River after Congressman Juan Vargas, D-Chula Vista, and the bridge spanning the toxic waterway after Sen. Dianne Feinstein, D-California.

Two recent events sparked the conversation at the end of the Sept. 22 Imperial County Board of Supervisors meeting: the recent raw sewage spill into the New River and a “60 Minutes” special earlier this month about raw sewage flowing into the Tijuana River water shed, bringing pollution from Mexico into California.

Imperial County officials were notified by the International Boundary and Water Commission on the morning of Sept. 17 that Mexicali had issued a notice that it planned to bypass untreated wastewater into the New River during the morning of Sept. 18, according to a press release from the county.

The reason provided was rehabilitation work that was being performed on pumping plant No. 2 in Mexicali. The Comisión Estatal de Servicios Públicos de Mexicali (State Commission for Public Services, CESPM in Spanish) reported that all alternative options were considered before making the decision and that a bypass into the New River was unavoidable at that time.

It was the second time this year that a major bypass of untreated sewage had occurred due to infrastructure problems. The last one was reported June 10, according to the county.

Aside from environmental impacts, the bypass of untreated sewage into the New River poses a threat to anyone who could potentially come in contact with the New River and personnel that work in the area.

For decades, the New River has been the site of raw-sewage discharges and the dumping of industrial chemicals into the Mexico-born waterway, bringing dangerous bacteria like E. coli and known carcinogens northward into the United States. An aging and ailing water-treatment system in Mexicali has done little clean up the putrid waters, and years of promises and federal inaction has done even less to demand permanent fixes on the Mexican side of the border, where the problems originate.

Farther west, toward more well-heeled and influential San Diego County, the “60 Minutes” segment, published online Sept. 13, focused on beaches being polluted, and communities getting sick from the same kinds of waste and conditions, only to a much-lesser concentration.

District 4 county Supervisor Ryan Kelley pointed out the focus was on what’s happening in Tijuana when just across the mountains are conditions with “30 times the exposure levels,” he said.

“I guess we’re not doing enough, or maybe it’s just easier to fly in and out of San Diego, but we need to bring that attention back to ‘60 Minutes.’”

“I think our federal representatives are letting us down,” said Vice Chairman Michael Kelley, who represents District 3. “I cannot tell you how many times I’ve been at the state level talking about the New River or the Salton Sea, and we’re at the same first step we were 12 years ago. It’s almost disgusting.

“I think we as a board have got to do something to bring attention to what’s going on here,” he continued. “I don’t know. Maybe we ought to all get in an open coffin and lay down where the New River comes in and say, ‘Hey. We need help down here.’

“It just gets frustrating and disgusting to keep fighting this battle, and the fingers keep getting pointed to us. ‘You guys aren’t doing anything’ and we have been fighting this battle and working very hard to do something, yet nothing has changed,” said one of the longest-tenured supervisors on the board at eight years.

District 1 Supervisor Jesus Escobar, whose district includes the border where the river flows into the United States through Calexico, suggested drafting a letter to federal representatives calling on them to take action on the New River, something the current board has done on several previous occasions and for decades before that.

“This is not a state issue, this is a federal issue,” Escobar said. “We need to push our federal government, our representatives to do something. If not, it’s never going to get resolved.”

He was quickly told by fellow board members that the county couldn’t change the name of the New River, to which he responded, “In our own minds we can change the name. Let’s put a street crossing at Second that says, ‘Juan Vargas River’ and ‘Dianne Feinstein Bridge.’”

Michael Kelley replied, “Well, that’s thinking outside the box. I like that. That’s a thing we’ve got to do.”

Vargas’ Imperial County representative, Tomas Oliva, who also sits on the El Centro City Council, was contacted for comment regarding the county’s tongue-in-cheek plan. Oliva referred any comment to the Congressman’s spokespeople farther up the chain. 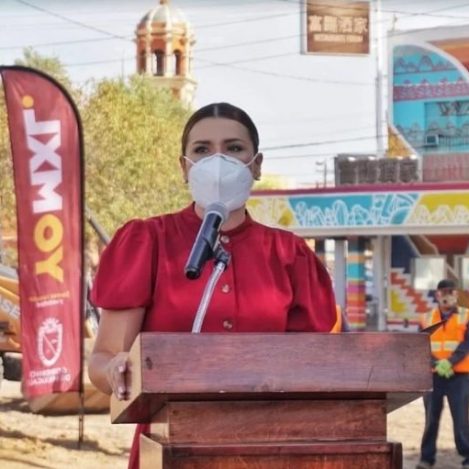