IMPERIAL COUNTY — The city that pays the most for water in the Imperial Valley is facing another rate increase.

Golden State Water Co., which provides water services for the city of Calipatria, the township of Niland, and Calipatria State Prison, has asked the state’s Public Utility Commission to allow for a 23.6-percent rate increase from 2022 to 2024, a move the Imperial County Board of Supervisors is opposing.

The county operates a library branch in Calipatria and a fire substation in Niland.

The board voted 5-0 to send an opposition letter to the Public Utility Commission and Golden State Water Co. over what they say is a significant increase.

“The amount that Golden State Water pays is $20 per acre foot,” said District 4 Supervisor Ryan Kelley, whose district covers Calipatria and Niland. “They convert that into a delivery for someone in Niland or Calipatria to over $2,000 per acre foot, higher than any other service in the Valley. The next highest is the city of Imperial at $1,600.

“This is a service we all should have,” Kelley added. “This is a public service.”

Infrastructure investments are a primary driver of rate adjustments, but also the “ever-increasing cost of doing business in California is also reflected in rates,” according to Golden State Water Co.

In the application, Golden State Water is proposing infrastructure investment totaling more than $4.7 million for the “Calipatria Customer Service Area” to address water supply, storage, and distribution needs. Some key projects include replacing and upgrading outdated equipment at the Holabird Plant and phase two of the Commercial Avenue area main replacement.

According to county officials, though, rate increases in the past few years haven’t shown significant improvements to the system, and rates remain high.

“You can see the effects it’s had on the parks in Calipatria,” Kelley said. “There is no landscaping of any significance in those communities, and that’s because of the cost of water.”

The rates hit home with the county, which runs two buildings in the area and are in the process of building a public safety facility in Niland.

In other county business, the board adopted plans for the overlay of Picacho Road from Winterhaven Drive to Quechan Drive and plans for intersection improvements of Keystone and Austin roads. Both those projects now go out to bid. 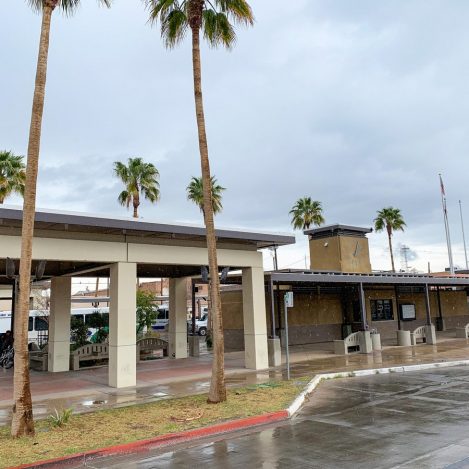