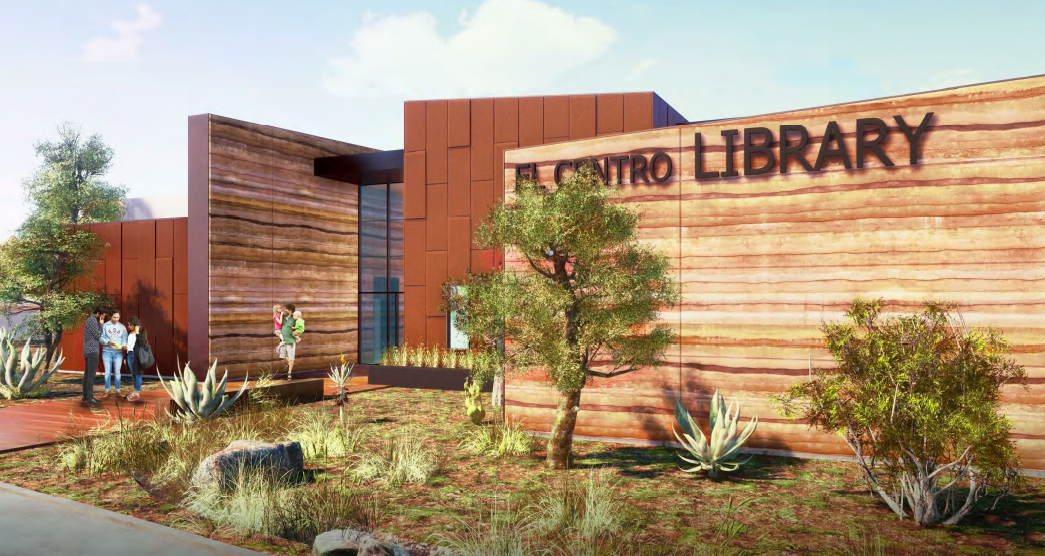 “The project is a new public library building to replace the existing library west of the project site,” Associate Planner Angel Hernandez with the Department of Community Development stated in the Planning Commission’s permit findings.

The city of El Centro received approval on a conditional use permit for the construction of the new 19,295-square-foot public library building.

The proposed new building would be constructed on the corner of Villa Avenue and Frontage Road, paralleling North Imperial Avenue and located directly in front of the existing public library’s parking lot, according to the planning commission’s agenda document.

“The project is a desirable use for the community since it is an essential service provided by the City of El Centro,” Hernandez noted in the permit findings. “The project will be a benefit to the area and will not be detrimental to surrounding uses.”

The new public library building is expected to include a community room space, staff area, reading areas, bookstore, and exterior patios, according to the planning commission’s agenda document. Additional site work will include reconfiguration of existing parking, landscaping, and storm water management improvements.

“The project site is large enough to accommodate the proposed public library,” Hernandez also stated in the permit findings. “The project site plan is in compliance with city development standards regarding stormwater, parking, landscaping, and access.”

The city of El Centro’s next step will be to submit an application to the El Centro Building Department to acquire a building permit for the new library building, according to the commission’s agenda document.

Four sets of engineered plans and structural calculations will also need to be submitted along with the application for review by the building department. Construction documents submitted for a plan review must be designed based on the 2019 California Building Codes, including 2019 Building Energy Efficiency Standards and 2019 California Green Code, according to Department of Building and Safety documents.

The El Centro Police Department also recommended the planning commission approve the conditional use permit for the city, however they did request to have IP based security camera systems installed at the new library building.

In a memorandum by El Centro police Cmdr. Aaron Reel, the security camera systems recommendation was followed by the police department requesting to have “real time” access to the live security feed in order to “assist in the identification of criminal offenders and activities.”

Reel suggested that the security cameras would help to safeguard library goers and property during operational hours and immediately after hours, according to the memorandum.

Along with the planning commission’s conditional use permit approval, were general conditions that must be made in order for construction of the site to commence. Such conditions include an ADA accessible pathway from the building entrances to Villa Avenue and Frontage Road, according to planning documents.

Additional conditions involve the removal and replacement of any severely broken, lifted, or non-compliant sidewalks curb and gutters along the construction site frontage, states the planning documents.

El Centro City Council members approved funding for the construction of the $20 million library building during a regular meeting held earlier this year on Feb. 4.

During the council meeting, officials discussed how funding for the $20 million project will result from the sale of about $56 million in bonds financed by the proceeds of Measure P, which was approved by voters in 2016 to implement the half-cent sales tax increase.

Additional updates on the new library building will be presented in future planning commission meetings once the necessary progress is made toward the permit’s conditions and the project is determined to comply with all applicable federal, state and local codes, ordinances and resolutions, according to the commission’s planning documents. Construction on the public library building is expected to get underway by February, with its opening projected for March 2022, according to the city of El Centro agenda documents. 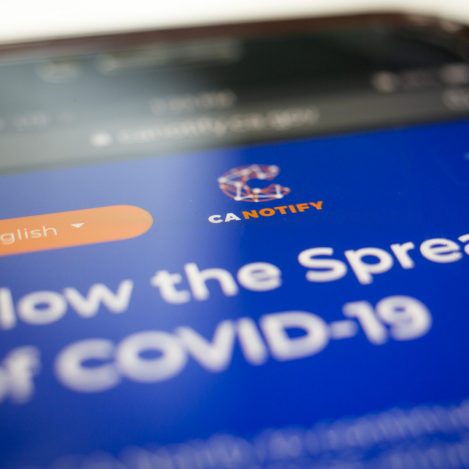 California Rolled Out Websites, Apps to Fight COVID-19 — Did They Work?