CALEXICO — As the pandemic wears on, and many Imperial County businesses are entering their fifth month either closed or in modified openings, some operations like the Calexico Brewing Co. have moved to a hybrid of curbside pickup/delivery and a more online approach.

At the start of the pandemic, Mexico began the enforcement of “la ley seca,” or “the dry law,” which prevented the brewing of beer throughout the country in an effort to mitigate the further spread of COVID-19. This later resulted in a huge demand for beer throughout the Imperial Valley, and with an increased demand for beer, Jose Luis Yepez, brewer, co-founder and president of Calexico Brewing Co. decided to shift their services and promote an online order option.

“We have found a decent success from our website, after we were forced to shift our format to online sales for curbside pickup or delivery. It was a learning curve for some customers, but for the most part we got positive feedback,” Yepez said recently.

This change has allowed for a more organized purchasing system that abides by the U.S. Centers for Disease Control and Prevention guidelines and county Public Health Department health orders to limit exposures.

In addition to helping keep the company going during the pandemic, the switch to online has allowed the company more time to work on new beer flavors and introduce them to the public, Yepez said.

Calexico Brewing Co.’s new Eight East is an example. A hazy pale ale, or “East Coast-style pale ale,” the 5.2 percent alcohol by volume (ABV) beer was given its name after eastbound Interstate 8, the road traveled from San Diego that brings people back to Imperial County and Calexico.

The beer features “solid notes of tropical fruit, citrus and gooseberry, imparted by the ample amounts of Nelson, Motueka and Mosaic hops used in the process,” according to the description from the company’s website.

Yepez said the hops were picked from a Julian farm, which also will be used to feature a new beer the company will release later this month that is “a seasonal wet hop beer.”

“We look forward to serving beer lovers in the Imperial Valley. We also look forward to opening back up as soon as we are allowed to, while following safety guidelines, of course,” Yepez said.

Yepez and Calexico Brewing Co. have intentions to push their services outdoors. He referenced that like other breweries around the world, an outdoor setup would allow for them to expand their kitchen and offer more food and drink options in a to-go format.

Get Out the Vaccine Campaign Aims to Assist

For now, the company is still operating with new hours. Calexico Brewing Co. is open from curbside and delivery from noon to 6 p.m. Tuesdays through Sundays at 2320 M.L. King St.

Delivery is free depending on location, with a minimum purchase of $20. Calexico Brewing Co. can be found online at www.calexicobrewco.com.

Previous
A Tale of Two Murder Cases: Are the Killings of Raul Esparza and Chris Torres Connected? 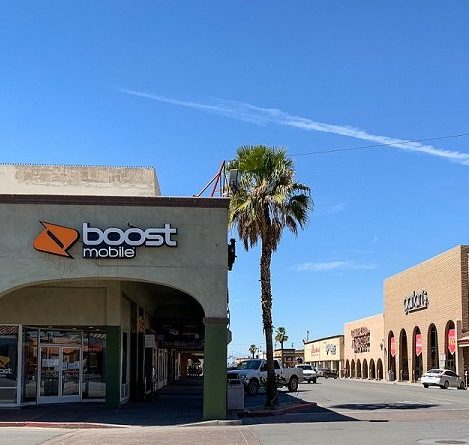