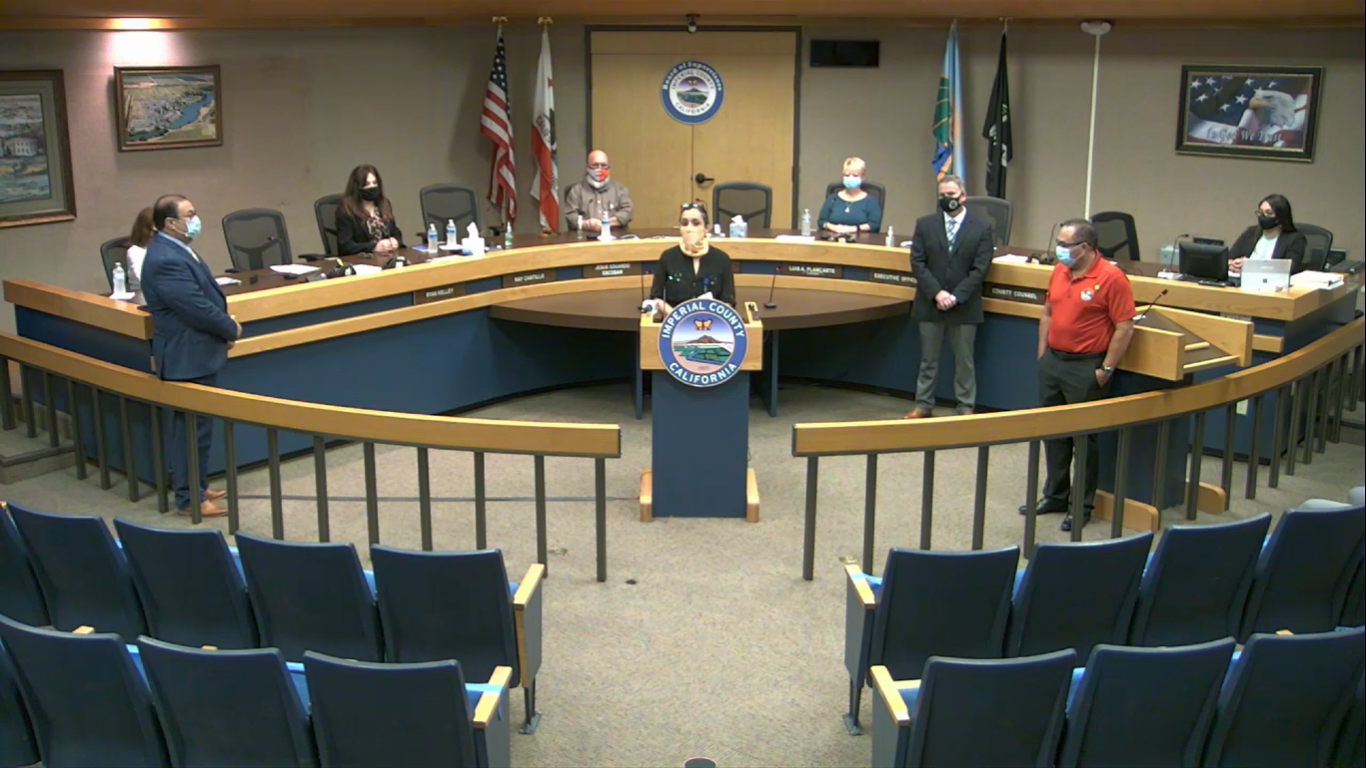 Jeanette Angulo (center), Imperial County Public Health director, flanked by other county and city officials, speaks about the county’s “variance” to move into Stage 2 on the Roadmap to Recovery being accepted with modifications. VIDEO SCREEN CAPTURE
Home
Local News
In Local News

All Imperial County Granted ‘Variance,’ Can Re-Open at 5 p.m. Aug. 25 with Modifications

Imperial County officials, flanked by the mayors of the county’s largest cities, announced that the state had accepted the county’s request for a “variance” to fully step into Stage 2 of the Roadmap to Recovery, which means many businesses will be allowed to re-open in a modified capacity starting at 5 p.m. Aug. 25, it was announced during a 9:30 a.m. press conference.

However, because Imperial County remains on the state’s data-monitoring list, there will be a number of modifications and limitations to the openings allowed, with an emphasis placed on only allowing many businesses, services and gatherings to resume outdoors, according to Imperial County Public Health Director Jeanette Angulo.

Among the businesses and sectors that can resume today with “outdoors only” operation include the opening of malls, hair salons and barbershops, outdoor dining at restaurants, gyms, sports teams can resume, church gatherings can resume (with 100-maximum capacities removed), Angulo stated.

Among those sectors that can open indoors, some level of worship services, casinos, childcare centers, retail in general, libraries and day camps.

Stages 3 and 4 are still closed to Imperial County, along with tattoo and piercing shops, electrolysis businesses, and bars, brewpubs, and breweries unless there is outdoor dining serving meals.

All requirements are social distancing and facial coverings are still in place. 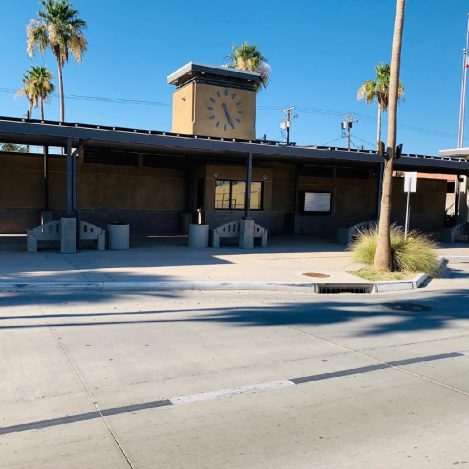