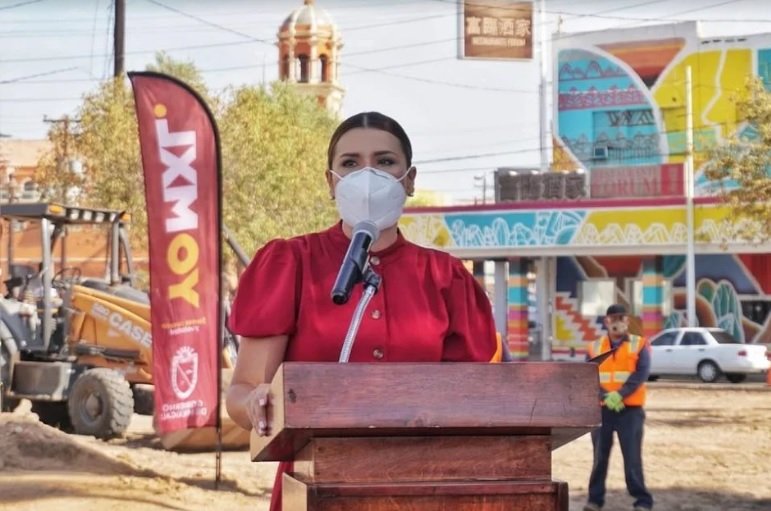 With heavy machinery and workers in the background, Mexicali Mayor Marina del Pilar Ávila Olmeda and other city and Baja California officials announced a joint city-state effort to revitalize the Historic Center of the Mexicali, including Mexicali’s Chinatown and Mexicali Rose areas, and the centerpiece Glorieta Morelos. | COURTESY PHOTO
Home
Local News
In Local NewsRegional News

MEXICALI — Mexicali city and Baja California state officials joined together Aug. 17 to
announce the first stage of a downtown historic center revitalization project worth
$2.5 million (U.S.) meant to bring families and Mexicali residents back to the heart
of the city while stimulating the local economy.

Mexicali Mayor Marina del Pilar Ávila Olmeda explained that the main part of the
revitalization project will center around rehabilitating some features, streets and
buildings around the Chinatown area, the Mexicali Rose area, Avenida Benito
Juarez and the circular centerpiece of the Mexicali Rose area, the Glorieta
Morelos, where the Chinese pagoda will be moved and renovated at the request of
the city’s Chinese Association, she said.

Ávila Olmeda said the effort would be carried out with “a lot of heart, from the
municipal government in conjunction with the state government … hand in hand
with civil associations and local merchants.”

“It is very important that everyone and each of the projects lead to greater
investment and job creation, reactivating the economy without neglecting the
health of Mexicans. Without a doubt the city is making progress in the reactivation
of the Historic Center, which will stimulate and dignify this place,” Ávila Olmeda
said during a press conference from the area Aug. 17.

She also thanked Baja Gov. Jaime Bonilla Valdez, heads of state agencies, as well
as members of the Historic Center Trust, for the development of the project.

City officials during the announcement said that in the past the area was known for
its high crime rates, which stalled tourism and investment. However, the area has
become a focus of the city and officials said police in 2020 have seen a 28 percent
reduction in crimes there.

In coming months, following this project, which is considered stage one, city
officials said new Mexicali government offices will be built in the area and plans
are under way for the rehabilitation of the Escamilla Market, green areas,

The city did not day when the work would begin during the press conference.

Photos of the project boards depicting the plans for the Mexicali Historic Center revitalization
project can be viewed via the pdf link below: 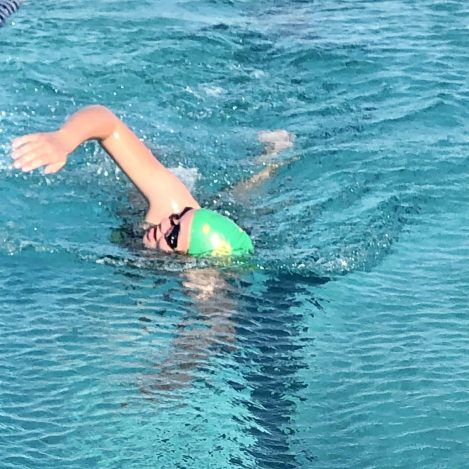