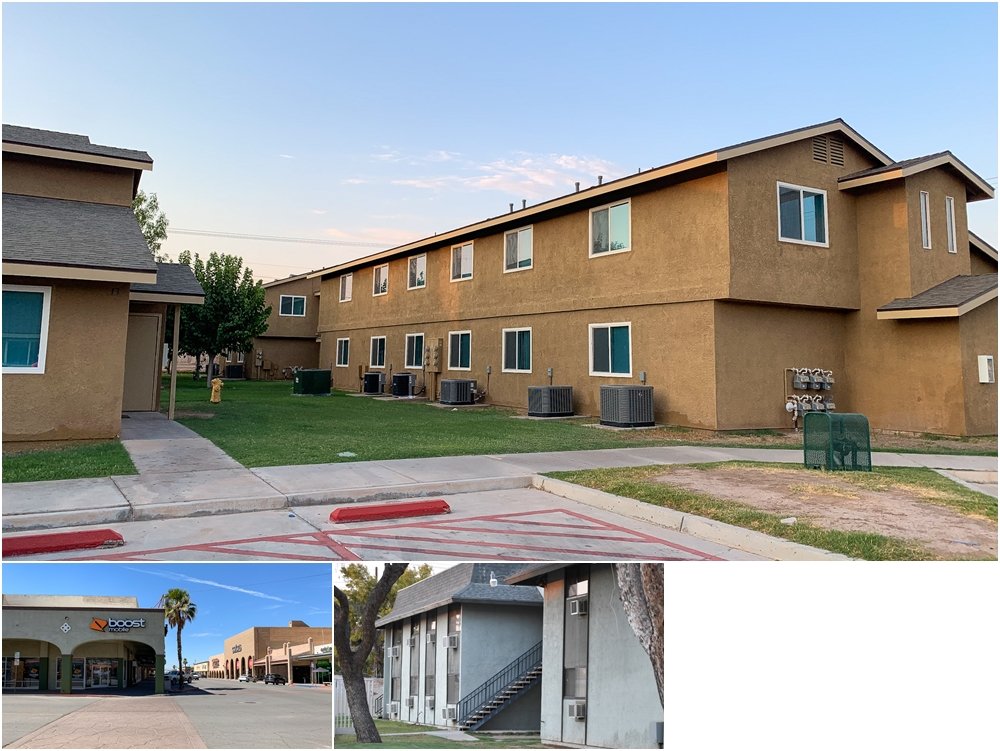 Clockwise from left: The outside of the Villa Primavera Apartments in Calexico are shown, along with a photo of downtown Calexico and, finally, the outside of the Imperial Garden Apartments in Calexico. The Imperial Valley Equity and Justice Coalition has been working with the city of Calexico to get an eviction moratorium passed in the city ahead of Sept. 1, when protections for renters of homes and small businesses in the state will end. The Calexico City Council is expected to discuss such a moratorium during a special meeting Aug. 26, although no decisions are likely that evening. | CORISSA IBARRA PHOTOS
Home
Featured Stories
In Featured StoriesLocal News

Calexico Gets First Airing of Eviction Moratorium Next Week

CALEXICO — For more than a month, the Imperial Valley Equity and Justice Coalition has been trying to get the Calexico City Council to consider a moratorium on evictions due to the high number of layoffs and job losses that began some five months ago with the shutdowns due to COVID-19.

While various protections and mechanisms have been put in place at the state level since March, Gov. Gavin Newsom has put control in the hands of local governments to stop evictions, allowing for cities and counties to pass their own ordinances that protect renters during the pandemic.

Imperial County passed such a protection in April that expired in July. The Board of Supervisors extended that protection to the end of September. But the county’s moratorium affects county areas outside the unincorporated cities only, and so far, none of the Imperial Valley’s seven incorporated cities, where most people live, have taken up the challenge.

Luis Flores, spokesperson for the Equity and Justice Coalition, and a resident of Calexico, along with three other founding members of the group, have been focusing their efforts on their hometown, believing the border city would be more progressive and receptive to their concerns.

“This is an opportunity for leadership in the majority Latino community,” Flores said Aug. 18. “We (Calexico, and Imperial County as a whole) are at the forefront of the impact of the virus and economic consequences, but we are far behind on responses.”

Flores and the coalition are justifiably “frustrated” with the city’s response on the issue. “We were hoping to be further along than this,” he said.

Talk of an eviction moratorium has been placed on the agenda for a special session of the Calexico City Council on Aug. 26, but as an “information only” item to be presented by City Attorney Carlos Campos. There was no backup information as part of the agenda that came out Aug. 17, and because its listed as “information only,” the council cannot act on the issue.

“We kind of knew this was coming, and I’ve been pretty frustrated by the pace, and the kind of outreach we’ve been receiving,” Flores said.

It was in early to mid-July that the coalition first presented a draft moratorium ordinance to the Calexico council, offering to assist, explain and work with the city to get it on the agenda. However, Flores said the only council members to hear their concerns in person have been council members Bill Hodge and Camilo Garcia, with Hodge very supportive of their efforts and Garcia seemingly resistant, even after a total of three hours of conversing with him on the matter, Flores said.

Council members Lewis Pacheco, Morris Reisen and Mayor Rosie Fernandez have not returned the coalition’s messages or emails to speak on the issue. While the coalition has spoken with City Manager Miguel Figueroa twice, the discussions have been about procedure and not the substance of a moratorium ordinance, Flores said.

Hodge, at the tail end of the last regular council meeting July 15, tried to get the issue placed on a future special meeting agenda but was seemingly shutdown by Fernandez when she quickly adjourned the meeting. There has been one other special meeting since then, July 27.

“I want to be fair and equitable to both renters and homeowners,” Hodge said in a late July interview when asked if he planned on getting the issue on a future special agenda.

At that point, he was told he needed the support of another council member to place the item on an agenda, and he didn’t have it then. He has since gotten Fernandez’s support to do so.

Hodge and Fernandez have both said any moratorium the city takes up would need to have property owner protections in place, too.

Hodge said he understood that mortgage forbearances for single-family homeowners are in effect until March 2021.

“Because the homeowners are protected to a point … I feel we must do something for the renters. I support the moratorium on evictions. I think there are misconceptions about the issue that have people fearful and saying no to the moratorium,” he said.

He thinks cities don’t want to face the “blowback” from landlords and property owners on the issue.

For her part, even though Fernandez has not spoken or exchanged emails with coalition members, Fernandez told this newspaper she supports talking about a combined ordinance that helps renters and owners.

“We are very concerned about the situation,” Fernandez said during an Aug. 4 interview. “It’s very difficult to try to please both parties (renters and property owners) … We’re definitely open to meeting and discussing to see how all parties can be assisted.”

Flores said Aug. 18 that although the intent was to focus on renters, his group is fine with including property owners, although he has not seen a similar combined ordinance in the state yet to model one after. The draft ordinance his group sent to the city in early July was modeled after Los Angeles’ ordinance.

Flores said he watched how cities like El Centro considered such moratoriums very early in the process, but backed off quickly as not to upset organized property owners and landlords who have made up some of the pushback against such moratoriums throughout the region.

Still, he said there are some 90 local governments (80 cities and 10 counties in the state) who have such protections in place, including surrounding cities like San Diego (city and county), Chula Vista, Carlsbad, Coachella, Palm Springs, Riverside and San Bernardino cities, Anaheim, and Los Angeles (city and county), to name several.

Many of those moratoriums, Flores said, were passed in April.

Flores and his group say the need for such a protection is more important now than ever, considering that state judicial protections in place already have been skirted locally. CalMatters.org broke the story July 29 when it was reported that Imperial County Superior Court judges had allowed three eviction cases to move forward in court despite an order from the state Judicial Council to park all movement on carrying out eviction rulings until Sept. 1.

Fortunately, the three eviction cases were ultimately rescinded once court officers were informed of the mistake by the Imperial County chapter of California Rural Legal Assistance Inc., a statewide legal aid organization. It is unclear how many other evictions may have proceeded in Imperial County in violation of the state Judicial Council rules, CalMatters reported in the article.

Flores said recent data from the state has made the issue of a graver concern as well. Initially, when statewide statistics were limited, the coalition conducted a survey of its own throughout the Valley, showing some 25 of 76 local respondents (33 percent) reported experiencing housing insecurity due to the pandemic.

Recently, Newsom has released data revealing some 62 percent of renters who have fallen behind are Latino.

“Like the virus itself, the economic consequences are not felt equally,” Flores said. “We are facing disproportionate impacts and we should be doing more.”

Flores said it’s important to get people to understand this “doesn’t cost anything” to get passed, and any moratorium wouldn’t be about rental forgiveness; rather, a moratorium would and should contain specific timelines and information regarding paying down rent after the pandemic or state of emergency lifts.

This is a “payment deferral mechanism,” he said.

Flores explained there seems to be a certain amount of shame that goes along with not paying rent, and it’s been difficult to get people to talk about it openly. He said even the CalMatters article had trouble getting the three eviction victims to go on the record.

He hopes, however, that by the meeting Aug. 26, that he will have at least three people or families that will testify to the council through letters telling of their experiences.

The coalition is hopeful something will get done in Calexico, but Flores concedes: “This is not the way we envisioned this going.” Perhaps “naively,” the coalition thought Calexico City Council would be an “easier sell,” he added. 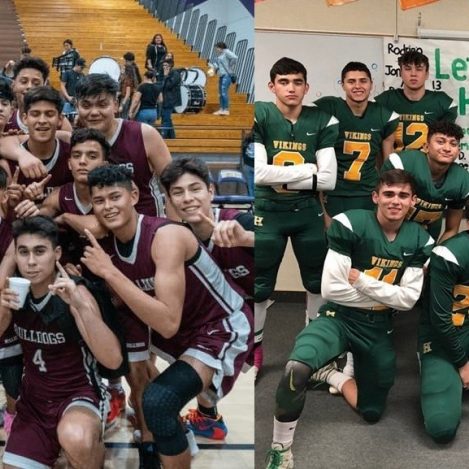 CIF Guidelines Given for Return of High School Sports