Rolling Blackouts Would Not Impact Imperial Valley, Though County Officials Are Concerned

Imperial County officials say rolling blackouts could have a disastrous impact on the Valley during the current heatwave and ordered the emergency drafting of a letter asking state power providers to exempt the area.

The Imperial County Board of Supervisors voted 5-0 during its Aug. 18 meeting to draft a letter calling for Imperial and Coachella Valleys to be exempt from the blackouts at the request of Riverside County Supervisor and board Chairman V. Manuel Perez, who represents the Coachella Valley.

However, according to Imperial Irrigation District officials, the Imperial County and the area of Coachella the IID serves would not be subject to any rolling blackouts at all that would be instituted by the California Independent System Operator (CAISO), the nonprofit entity which controls the flow of electricity for 80 percent of California.

IID is an independent operator apart from the CAISO electrical grid, district spokesperson Robert Schettler said Aug. 18, and IID has its own plan to deal with emergency power concerns during this heatwave.

IID’s not under CAISO’s rolling blackout orders, so those don’t affect IID customers. Schettler said. The district is using all of its fleet, deploying its generators and continues to procure power to meet our demand, he added.

CAISO has issued a stage 2 emergency alert and a Flex Alert, calling on electricity customers to voluntarily conserve energy from 3 to 10 p.m. through Wednesday, Aug. 19. The Flex Alert is in response to record-breaking, heat-straining supplies that could cause rolling blackouts, according to a tweet from CAISO.

Imperial County Supervisor Ryan Kelley noted during the discussion, which was added to the agenda as an urgency item, that the Imperial Valley is not served by the CAISO. It’s not clear why the county pressed on with the letter, other than meeting the request of Chairman Perez, who asked for the county’s support.

There are additional complications due to COVID-19, said County Executive Officer Tony Rouhotas Jr. Even if blackout shelters were in place, the county and its residents couldn’t use them because they wouldn’t be able to have social distance in a shelter like that.

A final draft of the letter sent to the CAISO was not available as it was being written after the Aug. 18 meeting.

Meanwhile, Schettler explained the IID has it’s own plan called “load-shedding,” in which the district could shut off power to pockets of district customers in 15-minute increments if it needed to, but would not to do anything to the scale and duration of the warned blackouts by CAISO.

Schettler said around 7 p.m. Aug. 17, the district got close to implementing that plan when the demand for power came close to exceeding the available resources. He said around 7 that evening, IID traders were able to procure an additional 190 megawatts to avoid load shedding.

That is why the district has been adamant about asking Valley residents to conserve energy where they can, he added. Don’t run the dishwasher or do laundry during peak hours between 4 and 9 p.m. Other ways to conserve energy include turning thermostats to 78 degrees or higher when home, turn off all lights people aren’t using, and utilize floor and ceiling lamps to stay cool. 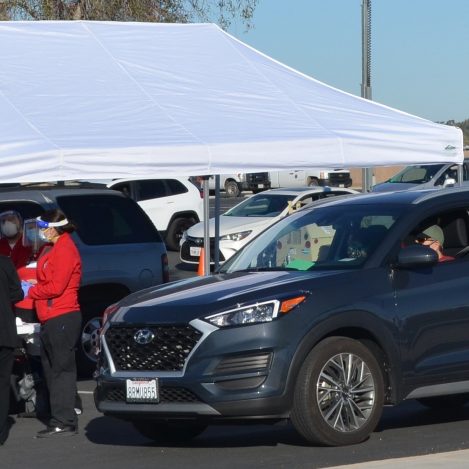