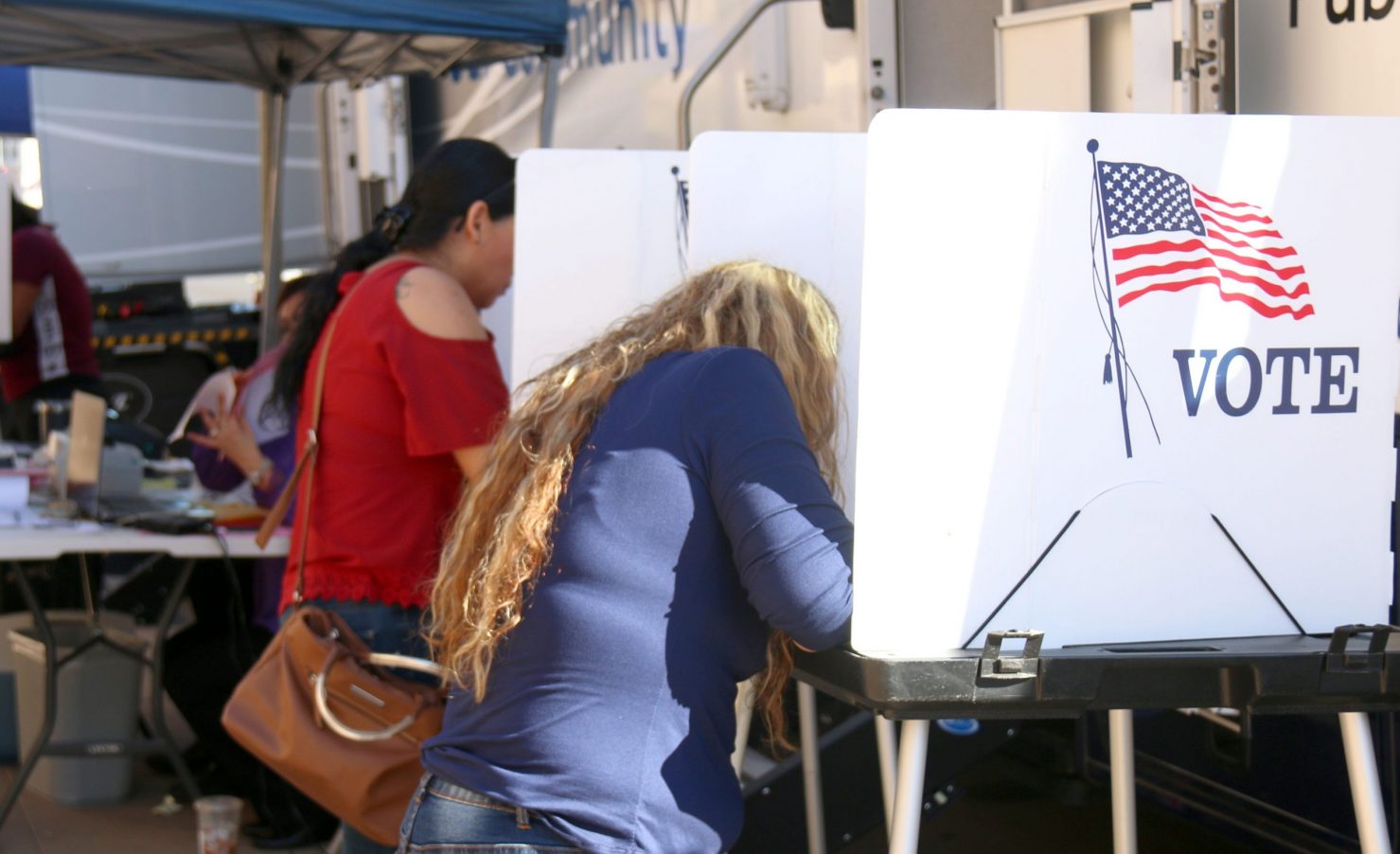 (UPDATE 3:30 p.m. Aug. 10: A total of 11 candidates have qualified for the ballot in the Calexico City Council race; all races are up to date.)

The filing period closed at 5 p.m. Aug. 7 on hotly contested municipal and school board elections in Calexico and El Centro and normally staid contests in Imperial and Holtville are seeing new challengers enter the fray, all according to final reporting from city and county officials.

Election Day is Nov. 3, but vote-by-mail ballots can be sent in starting Oct. 5.

The largest municipal election is playing out in Calexico, where four seats on the five-person City Council are up for grabs. All four incumbents have filed for re-election, Bill Hodge, Lewis Pacheco, Morris Reisen and Camilo Garcia.

The rest of the candidates mentioned are seeking four-year seats.

Meanwhile, in El Centro, three seats are up for election on the City Council, with incumbents Edgard Garcia, Efrain Silva and Jason Jackson all returning to defend their places on the dais. They will be challenged by Martha Cardenas-Singh, Alyssa Ibarra-Gonzales, Silvia Marroquin, and Sonia Carter.

In Holtville, the three available seats on the council held by James Predmore, Virginia Ward, and Mike Pacheco will see a single challenger in Murray Anderson, the girls’ varsity basketball coach at Holtville High School and a product of Holtville schools who moved back to the community a few years ago.

On the Imperial City Council, incumbent council member Robert Amparano and Mayor Darrell Pechtl, who hold the only seats available, will be pitted against Imperial Chamber of Commerce Executive Director Susan Paradis and citizen Katie Burnworth.

With two seats up for election, Calexico Unified School District Board of Trustees incumbents Michael Castillo and Enrique “Kiki” Alvarado will defend their seats against business owner Margarita Magallanes.

No election will be needed in Holtville for the school district board, as incumbents Matthew Michael Hester and Jared Adam Garewal ran unopposed. The race will not appear on the November ballot.

In El Centro, however, both the high school and elementary school boards will see much action this election season.

There are four seats open for election on the Central Union High School District board, three full-term seats and one two-year seat. Because an incumbent has not yet returned paperwork, the filing period on a four-year seat will extend to Aug. 12, according to a county election official.

So far, in the full-term race, incumbents Jacinto Cruz Jimenez and Diahna Garcia-Ruiz have filed for re-election and challengers Maria Laura Peinado and Eric Leonard Rodriguez have qualified. Incumbent and board President Ryan D. Childers will not be filing for re-election.

Childers is in a run-off election Nov. 3 against J.B. Hamby for the Division 2 seat on the Imperial Irrigation District Board of Directors. Also, IID Division 4 Director Erik Ortega is in a run-off with Calexico resident Javier Gonzalez.

The race is closed for the short-term Central Union High district seat, which is held by appointed incumbent Steven Martin Walker. Walker has filed for the election and so has Carlos Ramirez Hernandez.

The race to fill three seats on Calexico’s Heffernan Memorial Healthcare District Board of Trustees will extend to Aug. 12, as incumbent Gloria Romo is running for Calexico City Council. Incumbents Rodolfo Valdez and Hector Martinez have both filed for re-election and they will be challenged by Raul Ureña.

There are several other city council, school board and special district races up for election Nov. 3. The above races are those that will be covered by the Calexico Chronicle/Holtville Tribune/Imperial Valley Weekly.

A complete list of qualified races won’t be posted by the county elections department until Aug. 10.