IMPERIAL COUNTY — Tourists typically flock into the Imperial Valley for dove-hunting season in September or ride through the dunes starting in October, bringing with them an incredible infusion of cash into the local economy.

However, it’s unclear how the coming seasons will look due to COVID-19 concerns.

The Imperial County Board of Supervisors is asking state and federal officials about plans for opening public land and potential hunting restrictions.

“Although Imperial County has implemented all state-mandated guidelines and best practices and has adopted some stricter health orders than the state in its efforts to stop the spread of COVID-19, we are still greatly struggling in the battle against the virus,” reads a section from all three letters.

Each letter continues that “there is a sense of reluctance to encouraging additional visitors to our community,” with things like dove-hunting season and off-roading at the dunes.

As of Aug. 4, Bureau of Land Management has already temporarily closed the Hot Springs Day Use Area, which is managed by the El Centro Field Office. Other areas temporarily closed in the region include the Desert Discovery Center, Big Morongo Preserve, Coachella Valley Preserve and various campgrounds in the Palm Springs area.

“I just wish I had a crystal ball to see what is going to be happening,” she said in a phone interview Aug. 4. “It’s just going to be up to them.”

As of the end of July, Bureau of Land Management officials at the El Centro Field Office told Gilles they were moving forward as if the dunes were staying open, she said. Those officials are waiting to hear from higher-ups for more direction.

Even if federal lands stay open this year, social distancing and other guidelines will have to be adhered to, she added.

The Imperial Sand Dunes Recreation Area, which includes the Glamis area in the north and the Buttercup Valley area in the south, has been estimated to cumulatively attract more than a million visitors a year. Most of those people are off-road enthusiasts.

The dunes provide a huge economic impact to the area, according to Gilles. People shop at local stores and get groceries before heading to the dunes.

There are not only concerns about federal and state plans.

Supervisors’ Chairman Luis Plancarte was also concerned about the large-scale annual event off-road vehicle maker Polaris has been holding near the Glamis Beach Store for several years. He wanted staff to contact the company and ask what their plans are.

Polaris, based out of Medina, Minn., purchased the Glamis Beach Store from the estate of longtime owner Eugene LeBlanc in 2018.

Since 2012, Polaris has staged its annual two-day Camp RZR event at the Glamis Beach Store area in October. The promotional event attracts tens of thousands from around the West who gather to hear live bands, see trick-riding demonstrations and take part in promotional events geared around off-road-vehicle equipment, especially the RZR, a four-wheel-drive golf-cart-like vehicle.

Additionally, District 4 Supervisor Ryan Kelley asked county staff to follow up with Cattle Call Rodeo officials, who he said have been contacting him trying to find out more about what the future may hold.

“They can’t plan for or start to print tickets because there probably won’t be a public venue or general admission,” he said.

Rodeo officials have told him there are talks of having a rodeo-type of event without a crowd watching, but it’s unclear what that would look like. “For the continuation of something like the tradition of Cattle Call, losing one year, suspending an annual event that has a tradition in our community, can be devastating for them for sponsorships,” Kelley said. 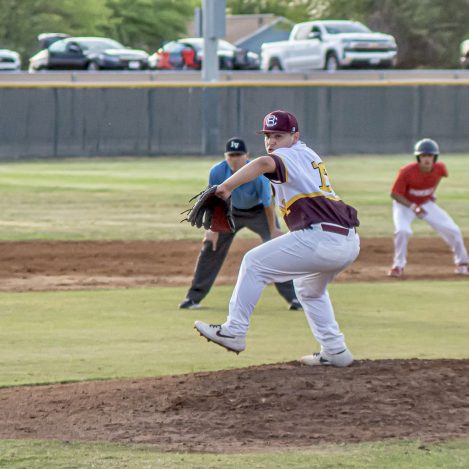