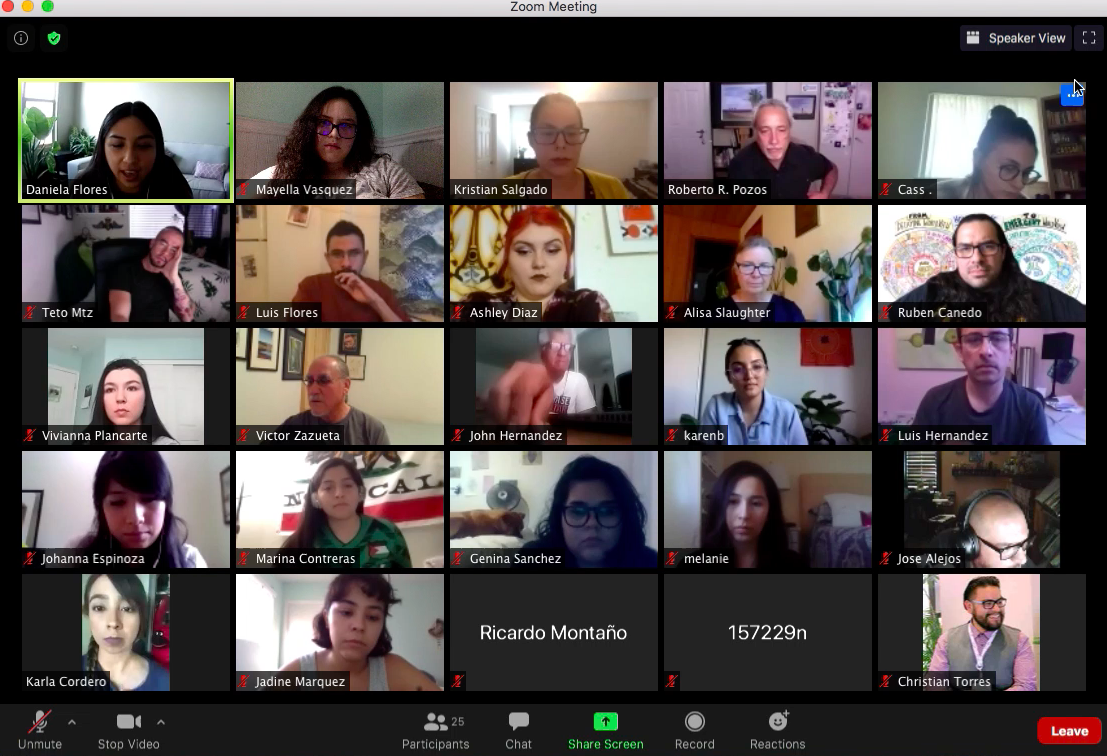 IMPERIAL VALLEY — Recently more than two dozen artists were brought together to create beauty among tragedy, to foster awareness amid panic, to use a medium to express ideas that transcend language, borders, and the current realities of COVID-19.

Spurred on by the Imperial Valley Equity and Justice Coalition, the art community decided that moving forward it will work to create pieces that will show all of us how COVID can create unity among people in the Valley.

Thus, the meeting became centered on planning the why, how, and what the artists were set to create in order to serve the community. The 25 artists who participated in the first meeting July 24 are due to meet again July 31.

Talking was no longer the primary focus — these artists wanted action. Rising fatality rates, sick loved ones, feeling like politicians put profits over people, and years of having the Imperial Valley being underfunded were all topics that came up during the meeting and drivers of what brought the artists together.

To create something, they first had to decide what issues they wanted to address and how they all wanted to express themselves.

An artist and coalition member who articulated the different intentions, questions, artistic mediums, and possible goals of the meeting was Ruben Canedo of Calexico.

“I am trying to figure out what are the small groups we can create and share intimate time with so that we can start moving,” Canedo said. “People are sick and dying, and we need to make them feel a little bit better, so there’s opportunities here for us to start making some magic happen together in the direction we want to go.”

He also took stock of who was in the room, and was trying to address the need to organize everyone in the call.

“We have audio artists, writers, there’s painters, there’s screeners — all these kinds of folks, but we need to coordinate ourselves … so we can co-create,” Canedo said.

Regardless of what they create, he realized that it had to be accessible to their audience and hold multiple messages.

“How do we make sure the art and message is going to be accessible?” Canedo asked. “So that the art we are making is also gratitude for our essential workers as much as pressure on the politicians, as much as, mindful of the youth and the kids that need to see art that reflects their experience and vice-versa. We need to be intentional about that, so how do we pace ourselves in that way?”

How do they want to say it, and what needs to be said?

Movable murals, virtual galleries, projections and using social media were possible thoughts on how they could communicate their message.

Graphic designer Roberto Pozos, originally from Calexico, now living in San Diego, was among the foremost voices on some of the ways how the group can express its ideas.

“Many times, we look for inspiration, and here is this big villa that wants to be tackled by art, and I see the power it has, given the right approach and support … or it won’t happen,” Pozos said. “As an art director, I think about coming up with images that will help people make decisions, so I came with the conclusion to not look for the subject but just express it.”

At this point in the meeting he shared some paintings and graphics he was working on, which demonstrated how expressing the idea of washing our hands to put a stop to COVID-19 is an idea of expressing something affecting the community here and now.

“These are things that I’ve done to get people to motivate themselves,” Pozos said while explaining his art. “I like how people (the artists) want to see results but we need to plan what we will do, whether it’s an online exhibition with all our work, for now, or a post-pandemic show.”

In addition to how they planned on creating the art they also continued discussing which issues they wanted to address and for whom.

Calexico native and artist Ashley Diaz is a student at the University of California Riverside, with a background in poetry and “zine-making” (more accessible self-published magazine-style booklets, useful in communicating information in an accessible way).

To better organize themselves Diaz suggested having a goal.

“Maybe we need to center on a goal, through focusing on the questions of what does the Valley need, or how are we memorializing unnecessary death?” Diaz said. “I agree on these ideas on what we can do, but what is the goal — porque?”

An idea she suggested is a resource guide to inform the community about the COVID-19 pandemic.

“Maybe we need to create an artistic resource guide. I’ve heard that many in the community do not yet believe in COVID, so do we need a resource guide? Maybe. Do we need to focus on the deaths our community has been hurt by or do we need to educate the youth is that our primary goal?” Diaz asked. “I feel like focusing on what we want to do can guide how we do it.”

Imperial Valley College and San Diego State University professor Luis Hernandez of Mexicali and Calexico added to what Diaz brought up and asked another “what.”

In addition to hope, awareness, and focusing on disparities, Pozos spoke about empowerment.

“That’s wonderful to talk about all those topics, but we also need to empower people, to get them to say be safe, to affect the mitigations, talking about the current problem, the disparities,” Pozos said. “I am thinking about what are the strong elements unifying things that come out of the Imperial Valley, our uniqueness, what makes us so resilient, and using that to say yes we do have all these disparities, but we also have this. This makes us and to bring those subjects up, because the discussion will fall with the disparities.”

As the meeting continued, the artist used a “Jamboard,” a virtual post-it board of ideas they can discuss and work on moving forward. There are also plans to use either email, Facebook, or other social media outlets to stay in touch and begin producing collaborative work.

As the meeting was coming to an end, artist Karen Bailon from Calexico was one of the final voices of the meeting, whose words reminded everyone of the importance of art and why they were there.

“We are all community members just like you, who are tired,” Bailon said. “It sucks that it had to get to this point where we are all at the brink of this disease, but it is what it is, and … I think if anything, what we want to do is bring people together … and shed light on our community.”

She continued by recognizing the importance of art, and what it can do through the unique expression of each of the people present.

“And I think we all came together as an artist because we know the impact that art can have and we can demand what we need in a palatable way,” Bailon said.  “We all have things we are good at, and that we can get at that nobody else can, and I think that’s what we need to focus on — how we are going to bring something to the table to make this better.”

There is still much left for the artist to discuss and work on, but for now it has been established the artists are committed to collaborating and serving the community.

Before everyone logged off, Bailon shared a healing poem “radical gratitude spell,” that served as a reminder of the healing needed in our community.

The poem by Adrienne Maree Brown emphasizes how every single person has something so beautiful to offer and that the gifts of another are irreplaceable and worthy of being recognized and thanked. A message that each artist plans to bring to the community during a time where one might forget that death toll numbers are people who the world, the United States, California, and every city in the Imperial Valley are losing every day. 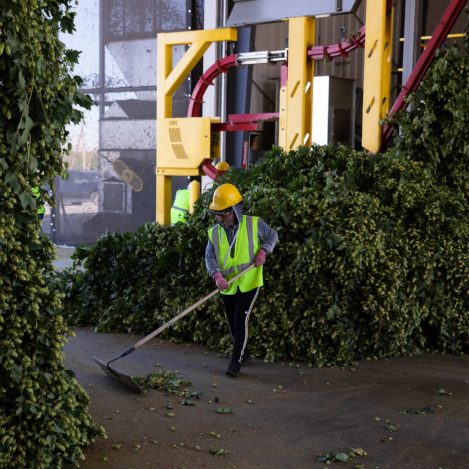