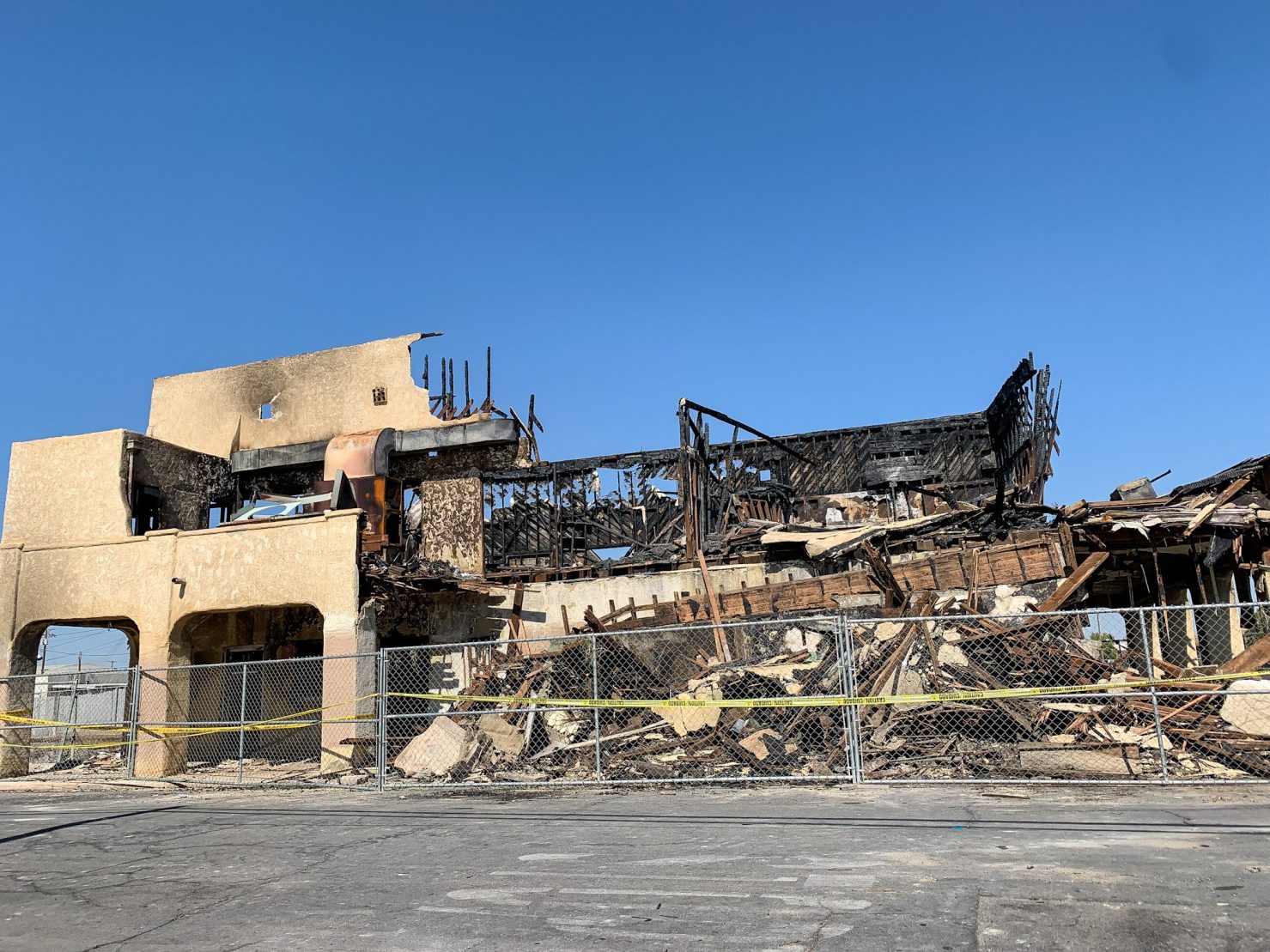 A photo of the fenced-off former Salton Sea Elks Lodge No. 627 on El Centro’s east side shows the building collapsed from the rear due to a three-alarm fire July 25. The photo was taken July 27. El Centro fire officials were still investigating the blaze to “rule out the possibility of arson,” but fire officials say the building was known as a place transients congregated. The address of the building is 196 ½ State St. and was the city’s “Black lodge” for African-American Elks Lodge members. CORISSA IBARRA PHOTO
Home
Local News
In Local News

What was described as the “historic” Salton Sea Elks Lodge No. 627 on the east side of El Centro, a known spot for transients in the city, went up in flames July 25, a fire official reported.

El Centro fire investigators were following up leads in an effort to “rule out the possibility of arson,” said Battalion Chief Cedric Ceseña on July 27, who also serves as the department’s public information officer.

The building was abandoned and being used by the homeless for shelter, Ceseña said.

The former Salton Sea Elks Lodge was considered the “Black lodge” in the city, according to former Elks exalted ruler, the late Jimmy Staton, who called it such in a story about a Juneteenth event there in 2010. Staton was quoted in a story on the event written by Calexico Chronicle contributor Elizabeth Varin.

The Salton Sea lodge is different from the Elks lodge on downtown Main Street in El Centro.

The registered address of the burned building was listed as 196 ½ State St., which is one block south of Main Street near Second Street, just east of the railroad tracks.

Although it’s unclear who actually owned the building, an “agent” in charge of the property was listed as El Centro resident Albert Newton, who took over as agent in 2018, according to information from California Secretary of State’s office.

The fire, which Ceseña explained was of “unknown origin,” was reported to ECFD at 4:27 p.m. He said fire crews arrived on scene at 4:32.

Initially, the blaze was called out as a two-alarm fire, with Imperial County, Imperial city, Holtville and Calexico crews assisting. After a third alarm was sounded, crews from Centinela State Prison, federal crews from Naval Air Facility El Centro, Brawley fire and a Westmorland crew were called out.

Ceseña said no civilians or firefighters were injured in the blaze. Although he did not have a monetary value for the damages, Ceseña said the building was a total loss.

No other information was available July 28.

This is the second vacant Elks Lodge fire in Imperial County to be connected with transients this year.

A massive four-alarm blaze in downtown Calexico on Jan. 20 required mutual aid response from as far away as Yuma, Calexico fire officials said at the time.

About 50 firefighters from every department in Imperial County and from both Yuma’s city and Rural Metro departments assisted to stop the spread of the fire in the 300 block of Rockwood Avenue that left the two-story vacant former Elks Lodge building partially collapsed.

Carol Hann and Elizabeth Varin contributed information to this story. 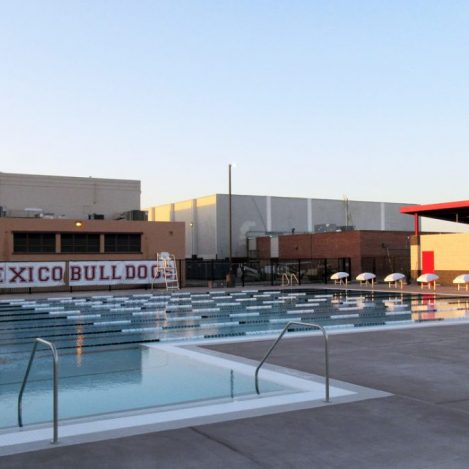