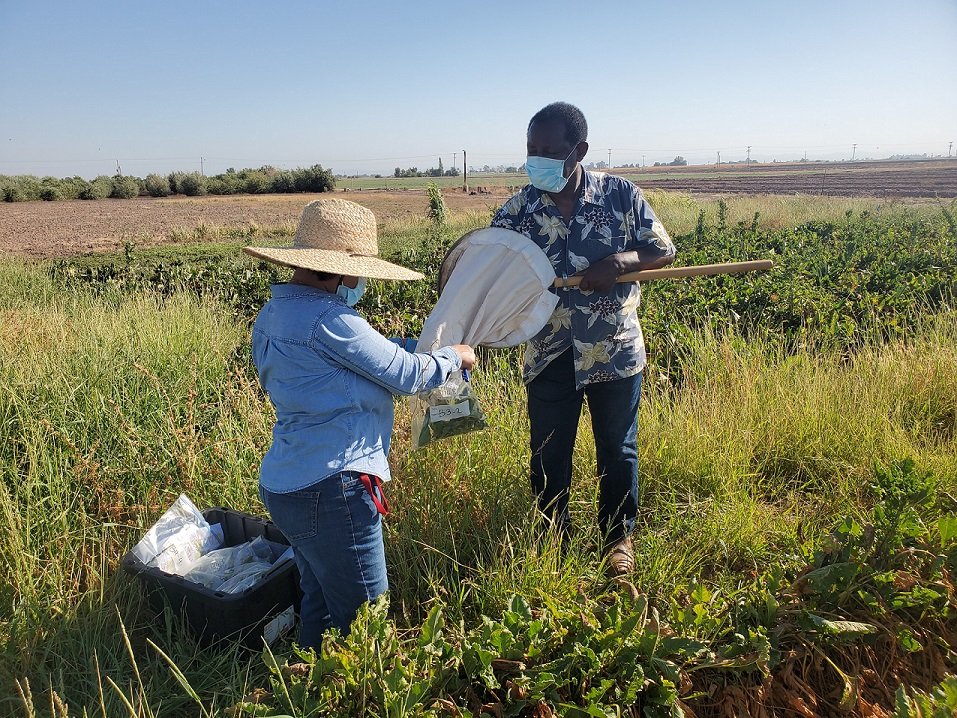 Oli Bachie, an agronomist and director of the University of California Cooperative Extension-Imperial County Desert Research and Extension Center in Holtville, deposits insect samples collected into a bag held by Tayebeh Hosseini, who immediately took the samples to be frozen. July 21 was the final day of Bachie's study in search of an alternative for the banned insecticide chlorpyrifos. | JAYSON BARNISKE PHOTO
Home
Regional News
In Regional News

HOLTVILLE — Oli Bachie swung his net from side to side collecting the final insect samples in a sugar beet field at the University of California Desert Research and Extension Center in Holtville on July 21.

Although the director of the University of California Cooperative Extension-Imperial County office appeared a bit mad, he was in fact carrying out the final experiment in a two-year study in search of an alternative for the banned insecticide chlorpyrifos.

“Chlorpyrifos is a broad-spectrum insecticide that kills insects. It is widely used, but in recent years has been considered a carcinogen. As of February 2020, the EPA banned the insecticide,” Bachie said. “The growers in Imperial Valley who are heavily dependent on chlorpyrifos expressed their concerns to the ag station” to find an effective alternative.

The study is significant in that this is one of the many functions of a UC Cooperative Extension agricultural advisor to help make Imperial County’s multi-billion-dollar farm economy tick.

From similar studies, to field trials on new and developing varieties of produce, to studying pests and pathogens themselves, a farm advisor such as Bachie, whose specialty is agronomy (the study of crops and soils) but whose experience is broad-based, his assistance is key to assisting the agricultural community.

Data has also shown that the industry supports nearly 25,000 local jobs, with one in every six workers tied directly to farm and livestock operations, and nearly that same amount touched by agriculture dollars circulating in the community in some capacity.

In the case of studies that seek viable alternatives to banned substances, the work Bachie is doing can have a tremendous affect on what the growers do locally. Those crops affected by chlorpyrifos, sugar beets and alfalfa, are two of the biggest cash crops the county has.

Chlorpyrifos was banned in California in 2019 when the pesticide was found to be linked to brain damage in children and some types of cancer. The toxic substance was pulled off the market in early 2020 and growers have until the end of 2020 to exhaust their supplies. DDT, which is also banned, was the predecessor to chlorpyrifos, Bachie said.

“As part of the research, we are sampling insects after we do the treatment. In this one field, we did 10 passes collecting pests and this will give us data on which treatment works the best,” Bachie said.

Insects collected in the study were immediately taken to the on-site lab and frozen until researchers could further analyze and record the data they provided. Beet samples were also collected from the field and weighed to determine the biomass of the yield. The beets would then be sent to Spreckels Sugar to determine their sugar content.

“For beets, when the yield is better, it is expected the sugar content will be higher, but not always. In some cases when you control the insects, it does not necessarily mean you improve the sugar content. That is what this experiment is testing,” Bachie said.

Bachie received funding from the county to research different insecticides that can be used in lieu of chlorpyrifos. Part of his findings will be published in the Imperial Ag brief, an industry paper.

He experimented with five alternatives for the banned insecticide and with the use of a seed coating called Pancho Beta to help in germination and survival of the seedling. Bachie found two to three alternative insecticides that may do as much effectively as chlorpyrifos. Although he could not yet release any details of the study, Bachie was optimistic about the results of his experiment. 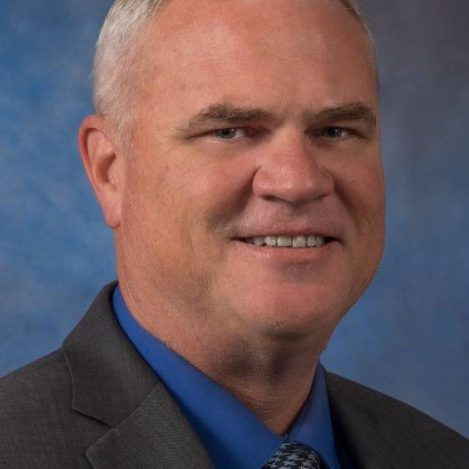