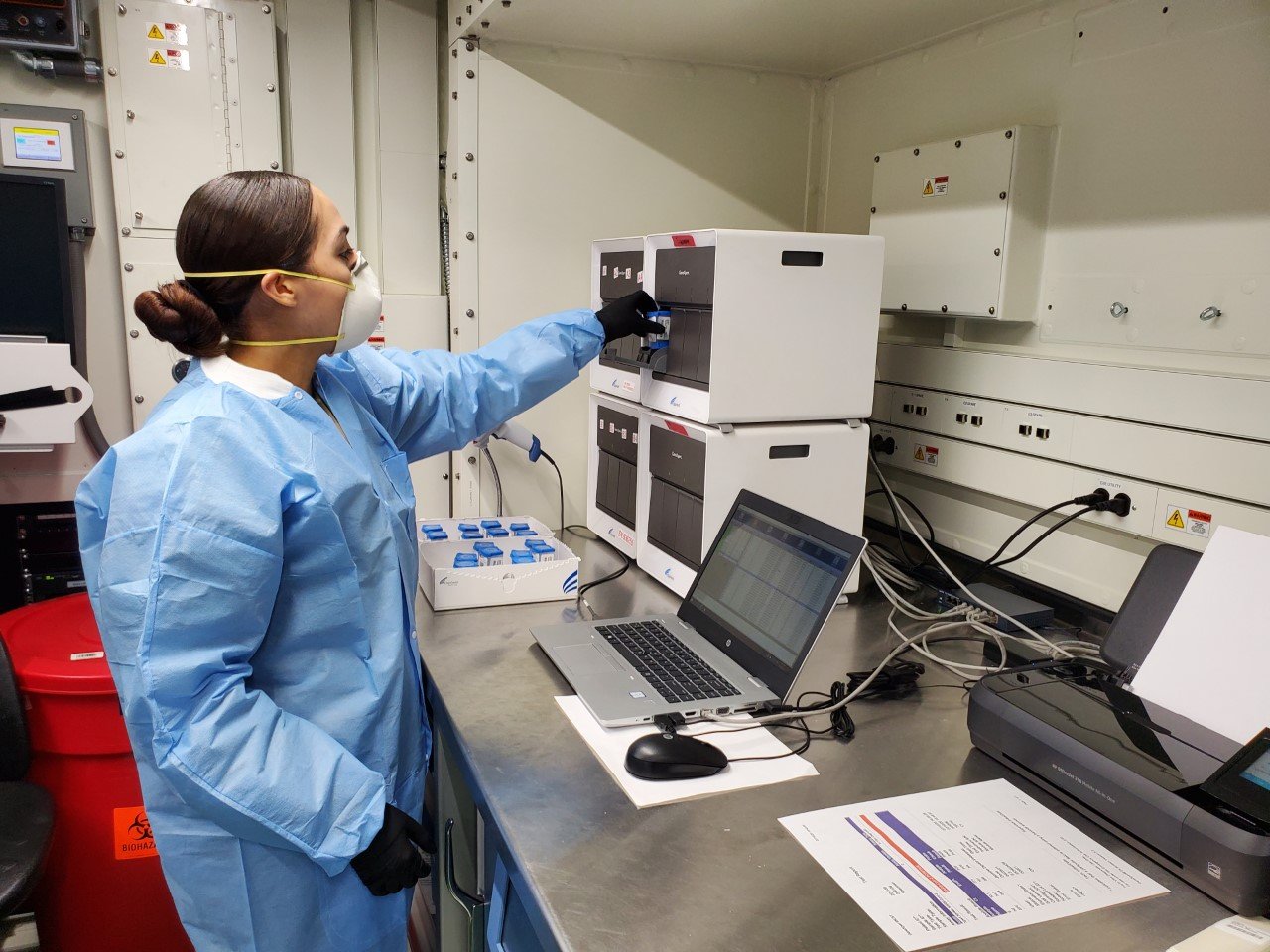 A National Guard mobile analytical laboratory has been set up in the parking lot of the Imperial County Administration Center to process tests from the Imperial County Public Health Department. The lab began operating July 8 but is not open to the public. It is for processing tests only. Shown are unidentified health workers using the analytical equipment. PHOTO COURTESY OF IMPERIAL COUNTY PUBLIC HEALTH DEPARTMENT
Home
COVID-19
In COVID-19Local News

Munday described the county’s testing capacity as “robust” with the “four OptumServe sites” and the addition of the National Guard-provided lab-processing facility being used by county Public Health to process tests only (the public cannot get tested at the mobile lab).

However, Munday and others shared between the press conference July 13 and the county board meeting July 14 that test turnaround has been slightly delayed as testing materials dry up on a national scale.

“There is a national shortage of testing materials,” Munday said. “There are lots of sites, but a shortage of materials.”

The Los Angeles Times reported earlier this week that everything from the cotton swabs to the liquid reactive agents is in short supply at the moment, as companies scramble to produce more.

During the July 14 county board meeting, District 1 Supervisor Jesus Escobar called for more strict enforcement of public health orders for those not wearing mandated facial coverings or those continuing to defy orders not to gather in groups, practice social distancing or those defying stay-at-home orders.

Munday reminded the board members that there is an enforcement mechanism written into the health order that discusses fines of up to $1,000 and even arrest, but he said it was always the intention that enforcement was educational and, hopefully, self-policing.

Munday added that was never something that could be undertaken at the public health level but must come from law enforcement.

Escobar wanted the issue brought back at the next board meeting, July 28, to further discuss issuing fines to people. The issue will be revisited over that time on multiple fronts, including by executive staff with law enforcement agencies and among weekly gatherings of city managers and other city and county officials.

Escobar was critical of the suggestive nature of enforcement, with terms such as “encouraging” or “recommending.”

District 4 Supervisor Ryan Kelley understood where Escobar was coming from.

“Encouragement with a hammer behind it,” Kelley said during the meeting.

Previous
PPP Loans Meant to Save Jobs For Local Businesses 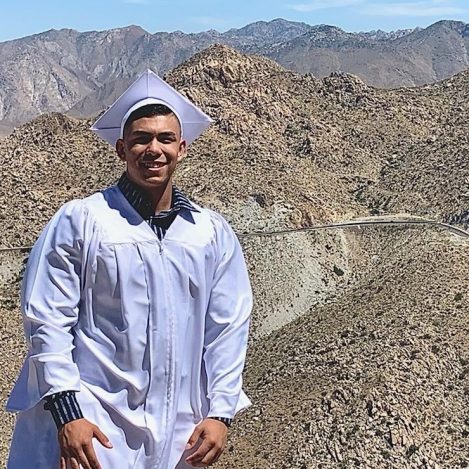