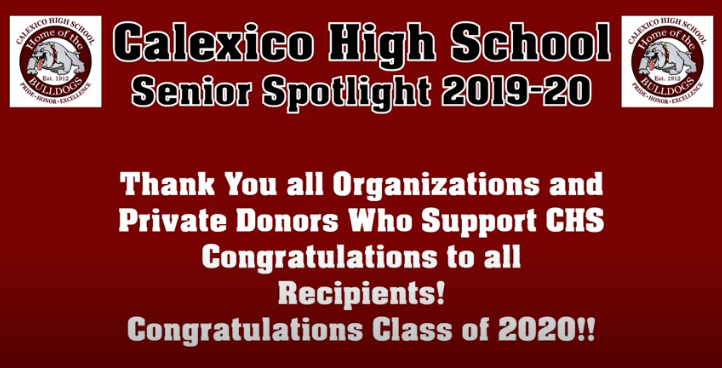 CALEXICO — Calexico Education Foundation has distributed more than $30,000 in educational scholarships and grants this 2019-2020 school year.

Since 1981, the foundation’s focus has been on encouraging talented and dedicated graduates to further their education in the field of their interest and passion.

“We offer scholarships not only for graduating seniors, but to qualified Calexico graduates who are continuing their education at their college or university of choice. Thirty-two Calexico High School seniors were recognized and awarded scholarships upon graduating this 2020 school year and twelve Calexico graduates already studying at institutions of higher education received funds for their continued studies,” according to the press release.

The Calexico graduates will be attending four-year universities and community colleges mostly in California, but also in Arizona, Oklahoma, and Massachusetts. The amounts awarded are from $250 to $1000. The diversity of studies includes engineering, nursing, business, biology (medicine), art, library studies, political science, computation and cognition, animal science, nutrition, marine biology and psychology.

The Calexico Education Foundation is a non-profit organization formed in 1989 to support the goals of the Calexico Unified School District and enhance educational opportunities for Calexico students. The local community contributes to its scholarship fund through annual fundraising activity and donations directly from Calexico school district employees, individuals, and local businesses.

Anyone may contribute to these funds or establish new funds by contacting the Calexico Education Foundation (Hortencia Armendariz) at 760-427-9736. 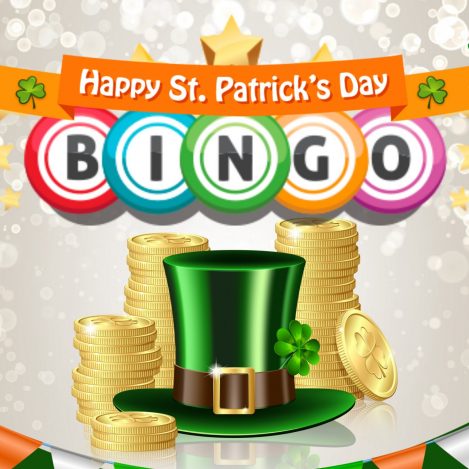 REC with Us: Virtual Family Bingo on March 19