Ulloa Brothers: Looking Back on Broken Barriers As Broadcasting Execs

BRAWLEY — From B Street in “B-Town,” the Ulloa brothers are literally and figuratively miles removed from their humble roots in Brawley at a time when Latino segregation was the norm.

Today, these brothers can be seen as key figures in a Brown Pride movement that might not readily recognize their names, but their influence on generations of Latinos and Hispanics in legacy media cannot be overstated.

They are pioneers in Spanish-language broadcasting who partly got their start in the Imperial Valley and went on to much success, as few Mexican-Americans have done in the corporate world, becoming major players in traditional media formats of television and radio, creating space for Hispanic/Latino communities to see and voice themselves in the United States.

As executives of each of their own media stations, the Ulloa brothers — Walter, Roland, and Ronald —say they have never had the opportunity to reflect on the contributions over their 30-plus-years in the industry to a publication from their home, Imperial County, or to an audience to whom they’ve spent their careers giving voice to, the brothers say.

Walter Ulloa, the eldest among the brothers at 71 years old, founded Entravision Communications Corp. and LATV Networks in the late 1980s and has Spanish-language stations that serve Mexican and Latin populations.

He was appointed by then-President Barack Obama to the board of trustees of the John F. Kennedy Center for the Performing Arts in Washington, D.C. and has served as a member on the board of directors of the Los Angeles Music Center. Also, Walter served on the LA84 Foundation Committee, the board of La Plaza de la Cultura y Artes and the board of the US/Mexico Foundation.

Middle brother, 69-year-old Roland Ulloa, is an immigration lawyer and president of Dos Costas Communications Corp. and has represented thousands of clients in many legal cases. He also owns, operates, and manages four radio stations that broadcast in both English and Spanish in the high desert city of Barstow.

Finally, youngest of the three, 65-year-old Ronald Ulloa, is the owner of television stations KVMD and KXLA in Los Angeles. He is also a chairman of the corporate advisory council of the University of Southern California’s Latino Alumni Association, which raises scholarship funds for Latino students attending USC.

Growing Up in the Imperial Valley

Before becoming broadcast and television executives, all three brothers moved from Brawley to Los Angeles to earn bachelor’s degrees at USC and attend law school in the middle of the Chicano Movement.

While in Brawley, city zoning restrictions determined which side of the railroad tracks families would live on, and “the East Side,” as it was known, was the area where most immigrants, Mexican-Americans and those considered low-income, were relegated to, while the west side was known to be predominantly
“Anglo” and where professionals and affluent farming families lived, Ronald said.

Ronald reflected on how the Ulloa family crossed the tracks dividing the city and eventually moved to the west side.

“Before I was born, I think our home was on B Street, which you could say was in the more Latino part of town,” he recalled. “For whatever reason, my father and mother wanted to have different options for us, and there was a portion on the west side of Brawley where my dad felt like we needed a different home.”

Their parents’ efforts are what allowed the family to get ahead. Efforts that all three Ulloa sons admire to this day. Their late father, Walter Ulloa Sr., was one of the first Mexican-American accountants in California. He eventually earned his law degree by driving from Brawley to San Diego for four years to attend law school. Their mother, Margaret Vasquez, provided a family life for her children and educated them on how to treat others.

“My dad is my role model, a person with integrity, with honesty, a person with a work ethic that you don’t find in many people, who worked hard to make sure his sons got a college education,” Ronald said. “And my mother was there with her motherly duties, to support him, make sure we had very nice things. And she made sure we had a family life and worked to ensure we were well-rounded and kind to people.”

Growing up, the three brothers became friends with the Padilla family, who admired the Ulloas. Jose Padilla, now state director of California Rural Legal Assistance Inc., spoke to a reporter from this newspaper recently on what the Ulloa family represented for the Brawley community.

“The Ulloa family represented a successful commercial business family, and my family looked up to them because they were a positive influence on our community,” Padilla said. “They were good role models that demonstrated the fact that you could still be successful in a segregated community.”

Being an Ethnic Minority in a Corporate World

Throughout their careers, the Ulloa brothers were some of the only Hispanics involved in pursuing their desire to own, operate and manage their Spanish-language stations.

Such was the case with Walter when starting in the television industry. He reflected on the state of the industry. There were few Spanish-language television stations in his market.

“I’ve been involved in Latino media since 1976. Before I left KMEX TV in 1988, my job was to educate Latinos involved in the Latino community,” Walter Ulloa said. “Every position I held at KMEX, I was involved in serving the community. It’s only objective was to serve the Latino community because Spanish television in Los Angeles was relatively new. Flash forward to today, and it’s different, but that wasn’t always the case.”

Additionally, the brothers also found themselves as some of the only Hispanics in the room while gaining work experience. Being a minority in the workplace drove Ronald to work harder than most to prove himself.

“When I started in television, which goes back to 1974, but more so in 1980, is when I got my first big opportunity to work for the ABC television network,” Ronald said. “It was challenging because I was being placed in a white working environment and had to adjust to the Anglo ways and customs because I was the only Latino in the department I worked in. It was challenging because I was alone, but I just kept adapting to the new culture and method of doing business and proving that I could work as hard as anybody else … that I could handle the assignment and get the job done … I just had to work harder to prove myself.”

“Based on my education and experience, I was often the only Latino there amongst Anglos,” he said. “Discrimination and racism are obstacles I fight all the time. People of color have to work twice as hard to get half as far, which is an obstacle; 400 years later, we are dealing with that now.”

Roland continued by expressing his views on his identity as a Mexican-American and what that means for us as a community.

“When I was growing up, people used to say, because we could feel the racism and the discrimination, go to Europe, and that was true, in other countries we were more respected, my ability to speak Spanish, our color, our culture was more respected,” Roland said.

“In many respects, we are still strangers in our own land, and one of the factors of being Chicano, and Mexican-American is that we are bastard children. We have to accept that and discipline ourselves even more because that means we are not really wanted in the United States, and we are not really wanted in Mexico or our other countries of origin, so we have to have our own and stop waiting for people to lead us and lead ourselves,” Roland added.

Impact of the “Latino Gaze” in Media

In expressing the importance of the Ulloa brothers’ legacy in the context of Latino/Hispanic self-expression, one academic spoke of their early place in the Latino/Hispanic “gaze,” or the idea of reflective imagery.

“There are three traits of identity: it is assigned, it is self-assigned, and it causes conflict,” said Javier Rangel, a professor at Imperial Valley College who specializes in Chicano/a culture, with an emphasis on literature. “And often it is the gaze of the media that dictates an identity, that is later appropriated by the community, or it is self-assigned like calling yourself Chicano/a, and this can cause conflict because calling yourself Chicano/a creates boundaries and breaks boundaries with those you come in contact with.”

Additionally, Rangel recognizes the importance of the Hispanic gaze in the media because it is often the media and the issues that they choose to report that influences our priorities and the views of ourselves and our identity. The Spanish-language broadcasting by the Ulloa brothers is one way that the media gaze can represent and report on issues that concern Spanish-speaking communities.

“From what I’ve read, it’s been a harsh struggle being the only Brown face in the crowd in a corporate room and that deserves great merit, especially for the Chicano Movement generation,” Rangel said. “Hopefully, (the Ulloa brothers) will be a guiding light for the new generation.”

And it’s a steadily growing generation the Ulloa brothers play vanguard to, as an estimated 36.6 million Hispanics of Mexican origin lived in the United States in 2017, according to a Pew Research Center analysis of the U.S. Census Bureau’s American Community Survey. Mexicans in this statistical profile are people who self-identified as Hispanics of Mexican origin; this includes immigrants from Mexico and succeeding generations who trace their family ancestry to Mexico.

Voting, Education As a Means to Uplift Community

All three brothers have supported the Mexican-American and Latin communities throughout their careers by sponsoring organizations such as the California Rural Legal Assistance, the Latino Alumni Association of USC, and making themselves available to young Latino students and professionals.

They have come to realize that it is through education that new opportunities become available, and that is the advice that they have for young Latino/as.

“Education is the only way people can rise and create a place themselves,” he said.

Ronald has similar advice for the younger Latino generation.

“The best advice I can give Latino students is never give up and get an education. Turn over every rock and every stone to make that happen,” Ronald said. “Stay disciplined, stay focused and don’t let anyone tell you no. If there is a profession you want to pursue, it’s up to you to make that happen. Don’t let anyone get in the way of that, don’t let money get in the way of that.”

Education is the factor that Roland credits as the driving force of his family.

“We prioritized education in my household, we were always driven, educationally driven, and we believed and inspired to push and speak out,” he said.

Additionally, not pushing and speaking out is what Roland has come to regard as failure.

“Failure is not acting, not necessarily losing, but it’s not acting. We used to fight hard in the ’60s, we had to fight for many things, especially in the Imperial Valley, since it was segregated, and I am (not) sure if younger Latinos have understood the fight,” he added.

“Life is not a dress rehearsal; it is one shot, if you haven’t attempted, then you can’t fail, but the idea is to attempt, to act, to test,” Roland said.

Besides education, Ronald believes that voting is also a powerful force in getting the Hispanic voice heard. “We as a population, for the non-Latino community, to take us seriously we have got to vote. I cannot say that enough, we have got to vote and only then will the Anglo-owned businesses take us seriously, because they see our buying and voting power, and we have to, for individuals that have our best interest at heart, (see) someone who will go out there to work hard and go out to the playing field,” Ronald said. 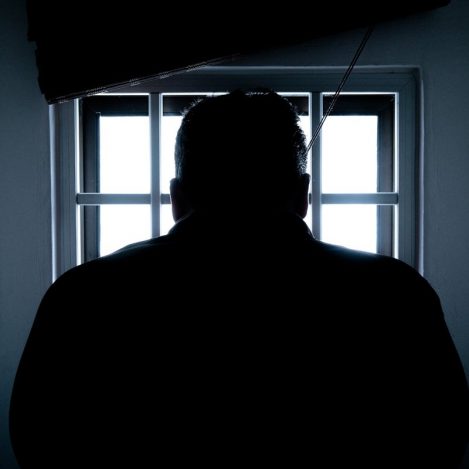