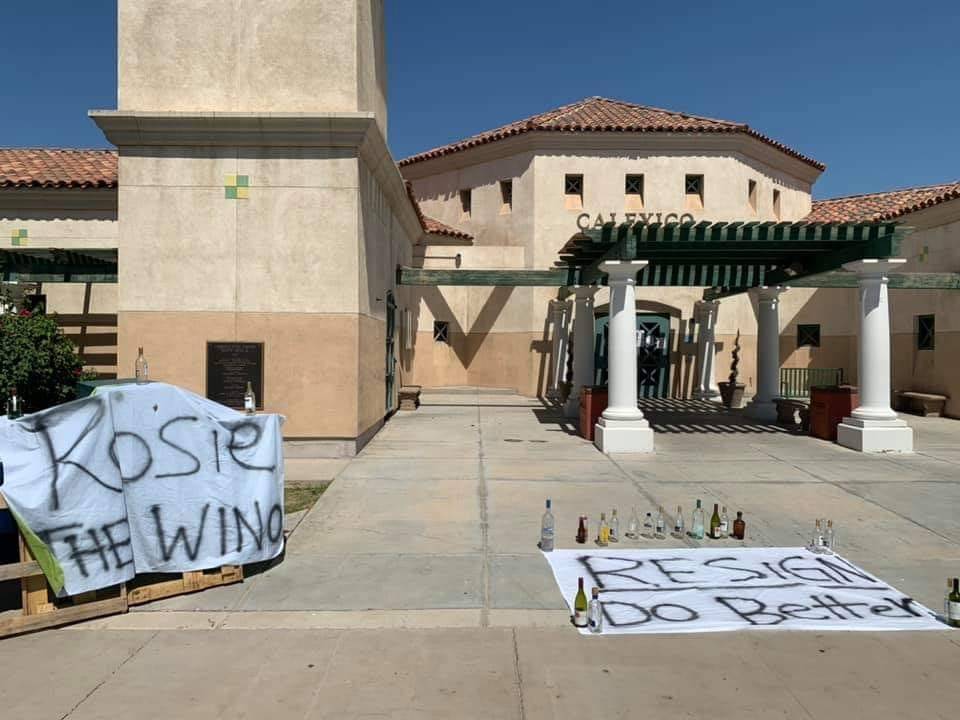 Photos circulating around Facebook on July 3 show Calexico City Hall sometime between 3 and 5 p.m. as citizens began to protest the election of Rosie Fernandez as mayor of the city. | COURTESY PHOTO
Home
Featured Stories
In Featured StoriesLocal News

CALEXICO — Social media has a way of amplifying anger to the n-th degree, so it’s unclear just how riled up Calexicans are about the ceremonial election of Rosie Arreola Fernandez as the city’s mayor, but all indications are there is at least an active cauldron of resentment boiling over.

Fernandez’s rotation in as the leader of the Calexico City Council on July 1 by a unanimous vote garnered explosive numbers via Facebook on a variety of pages and postings over the weekend, including on stories written and shared by this newspaper.

One Facebook page posting by Mi Calexico from Fernandez’s swearing-in from July 1 had more than 300 comments over the weekend, with “80 percent of the them being mean-spirited,” Calexico Mayor Pro Tem Morris Reisen told this newspaper over the weekend.

Reisen, who is a staunch supporter of Fernandez, was expressing his disapproval over the acrimonious commentary spreading throughout the community that initially appeared to culminate in a City Hall “protest” during the daylight hours July 4 in which someone wrote messages on white bedsheets or canvas tarps opposing Fernandez’s election, and rimmed those tarps with empty alcohol bottles.

Spray-painted signs with messages that stated, “Rosie the Wino” and “Resign Do Better” were quickly removed within hours of them being put up, but similar protests would appear throughout the Independence Day weekend (perhaps ironically) in multiple spots over multiple days with multiple messages.

One appeared that said “Hit-N-Run Rosie Resign!”; another took the entire council to task, announcing, “Reisen, Pacheco, Hodge, Garcia Fossils Retire”; and at least a third declared, “If There’s a Better Way to Protest, DO IT!”

The last message appeared to be in reference to a story where Police Chief Gonzalo Gerardo referred to the July 4 signs outside City Hall as being “vandalism with littering,” something he essentially retracted during a second interview July 7.

He went on to say the initial case was not vandalism since no damages were caused and that at worst it could be littering. He warned, though, that at least one of the signs of protest was posted to a fence owned by the Calexico Unified School District, which he said was private property.

“It’s going to continue (as the election approaches in November). With this COVID thing, more people are at home with more time to think,” Gerardo said.

Although some of the 77 comments on the Calexico Chronicle’s Facebook page were too salty to share, there were a few that expressed a dialed-down (and cleaned-up) discontent in the community.

“Disgusted by the lack of morals, values, integrity, honesty, and especially criminal acts not once but twice. Then city officials taking bribes. Then the police department with their scandals. Then you have honest people with clean backgrounds and are denied these types of jobs. Irritating and rottenness is festering in that city with officials, not all of them only some. Hopefully something is done about it,” posted Danny Sanchez, who is listed as an El Centro resident.

“The definition of vandalism is ‘action involving deliberate destruction of or damage to public or private property’. I only see banners stating the wishes of some concerned citizens which by the way I believe those concerns are justified. How can this mayor set an example to the citizens of Calexico? If we are stopped by the police, can we use the same excuse she used to get away from the consequences of our behavior? The council should set an example,” posted Hortencia Calatayud, whose city of residence could be not seen from her profile.

When contacted for comment on the City Hall signs on July 4, Mayor Fernandez declined comment, although she was aware of the what was being said.

“I just saw it about an hour ago. It’s ruthless. People around here are ruthless … I thought this thing was over with,” Reisen said that day, before he, too, would get mentioned on a subsequent sign.

“I think it’s wrong. I’m going to back her 100 percent,” Reisen said. “We stand together, or we fall together. She’s going to stay as mayor as far as I’m concerned.”

The initial messages at City Hall were clearly in reference to Fernandez pleading guilty in January to a single count of driving under the influence of alcohol from a July 2019 arrest in which she collided with another vehicle on Highway 111. Fernandez was given summary probation after pleading guilty to the incident.

Although Fernandez did not address the DUI or other legal issues she had in 2019 during her reorganization event July 1, she did speak with the Calexico Chronicle about the incidents on June 30 for a story that ran in the newspaper and online July 2.

“It was an unfortunate mistake … I’m very remorseful of it,” Fernandez told the Chronicle.

In the previous article, Fernandez said she has learned and made restitution, “but I have to move forward.”

Although some social media posts have stated Fernandez never commented about the issue to the media, she did in fact apologize and admit wrongdoing in prior published interviews with the Chronicle.

Fernandez became entangled in two back-to-back incidents in spring/summer 2019, when she initially faced charges for property damage and hit-and-run driving after a May 5, 2019, incident in Calexico in which she was alleged to have driven into a parked car and a stop sign before driving away from the scene.

Then, before that case ever went to court, Fernandez was arrested on suspicion of DUI on July 6, 2019, by the California Highway Patrol following a collision with another vehicle on southbound Highway 111 just north of McCabe Road.

Those cases were combined and taken to court by the state Attorney General’s Office after the Imperial County District Attorney’s Office declared a conflict of interest because Fernandez had worked on D.A. Gilbert Otero’s re-election campaign.

All four counts were combined by the state Attorney General’s Office under a single case.

As part of her probation, she made full restitution for damages and fines, was given 12 days of community service with a state Department of Transportation work crew and had an alcohol-detection device attached to her car’s ignition. Other conditions included periodic drug-and-alcohol testing, according to court information. 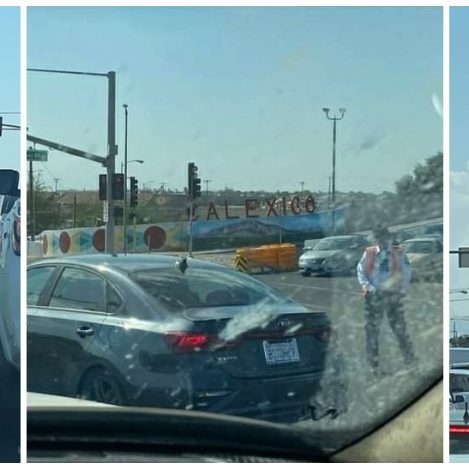