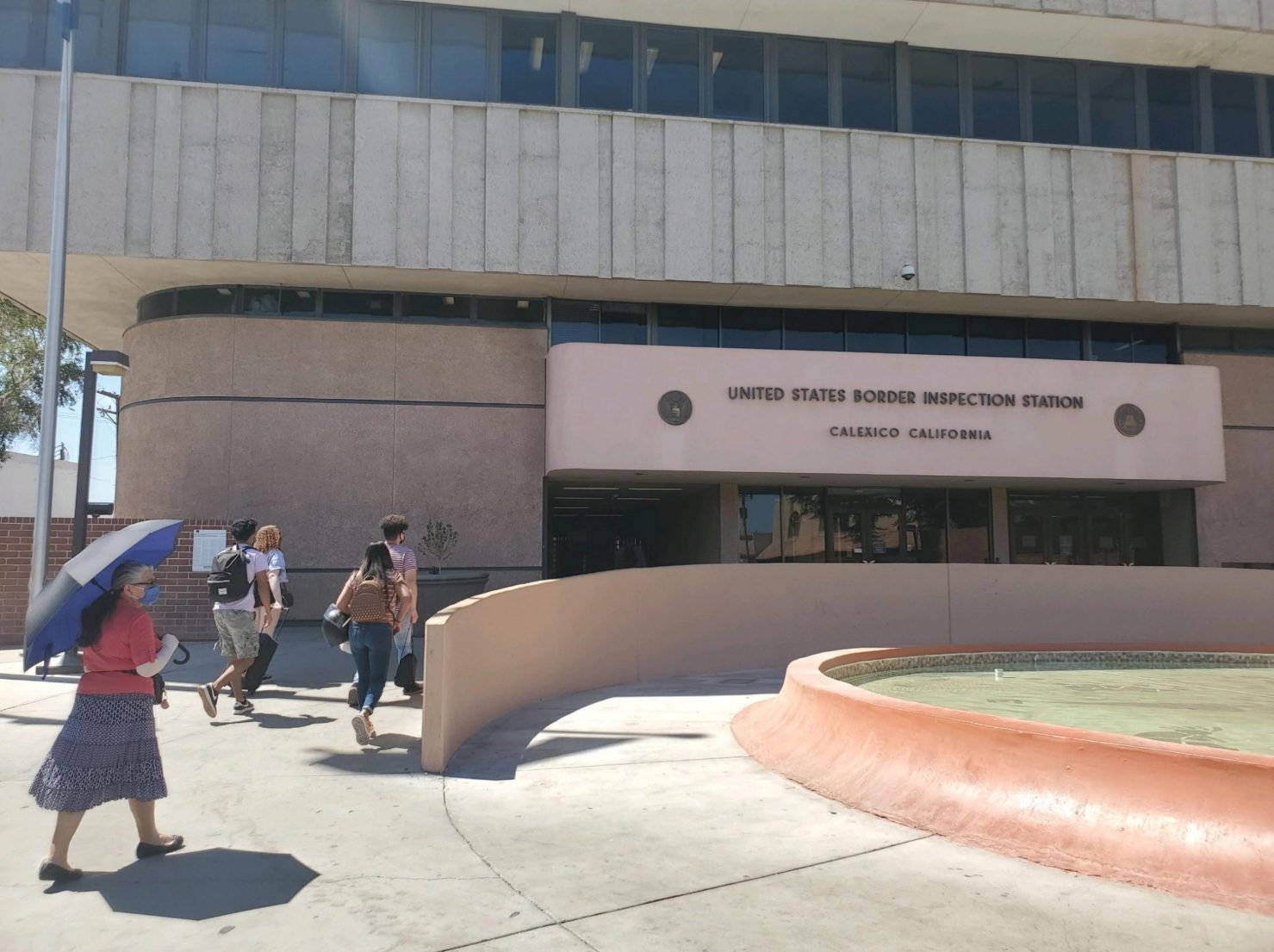 Northbound pedestrian traffic at the downtown Calexico Port of Entry on First Street was closed until further notice, according to U.S. Customs and Border Protection officials on July 9. According to Mexicali news reports, a man was shot and killed at the northbound crossing by one or more CBP agents, but there has been no official confirmation of that as of 11:30 a.m. July 9. JAYSON BARNISKE PHOTO
Home
Local News
In Local News

A U.S. Customs and Border Protection agent and a security working at the pedestrian-only downtown Calexico Port of Entry on First Street shot and killed a man carrying a knife who tried to come into the country from Mexico around 9:15 a.m. July 9, CBP officials confirmed in a July 10 press release.

The shooting, which closed the pedestrian crossing to northbound traffic until around 5:20 p.m. July 9, was largely reported by Mexican media throughout the day.

The following is a statement from Pete Flores, director of field operations for U.S. Customs and Border Protection in San Diego:

“On Thursday, July 9, at about 9:15 a.m., an individual arrived at the international border line at the pedestrian processing building for the Calexico West port of entry.

“A CBP officer checking traveler documents for entry and a contracted security guard encountered the man brandishing a knife.  As the man approached the CBP officer and the guard with the knife, both drew and fired their weapons, and the man was shot.

“No one else was injured. As is standard policy, the officer involved is on administrative leave.

“The U.S. Department of Homeland Security’s Office of Inspector General, the FBI, and the CBP Office of Professional Responsibility are investigating the incident. CBP is also coordinating with the Mexican Consuls General in San Diego and Calexico, Mexican Tax Administration Service (SAT), and the Mexicali Police Department.

“Processing of northbound pedestrian traffic at the Calexico West port of entry was suspended immediately following the incident, and resumed at approximately 5:20 p.m.”

Meanwhile, the body of the man who was killed remained at the scene for several hours.

CBP officials never confirmed the shooting to the Calexico Chronicle on July 9, but an “Agent Garcia” told a Chronicle reporter at the scene around 10:45 a.m. the northbound entrance into the U.S. from Mexicali was closed until further notice. He would not give any other information, and CBP officials never did not return calls or emails that rest of the day.

Flores’ email was sent out July 10.

The pedestrian lanes were open to southbound traffic, and lanes in both directions were open at the Calexico West Port of Entry vehicle crossing off Second Street, Agent Garcia told our reporter July 9.

Meanwhile, La Voz reported that the man was “aggressively” wielding a knife and attempted to cross into the U.S. at the turnstiles to the east side of the port, where he was shot.

The Calexico Chronicle reporter said he could see six CBP agents standing guard near the turnstiles where the body reportedly remained, but the body could not readily be seen from the street.

La Voz reported the man was warned by agents numerous times to stop and when he did not, he was shot. It was not clear if he was shot by one or multiple agents. The suspect was reportedly wearing blue jeans and a white T-shirt.

A number of social media and news sites from the Mexicali side posted and shared photos from the scene, including photos of the suspect’s body.

Although Agent Garcia told the Chronicle reporter the northbound crossing was closed until further notice, apparently the area where the body remained is also where southbound wheelchair access is, as the reporter witnessed a man in Calexico attempting to access that southbound entrance who was told by a CBP agent to come back at 2 p.m.

La Voz also reported that there is a strong presence of local, state and federal authorities on the Mexican side of the port.

Although follow-up reports have been limited, news agency was reporting that the man had been shot after first taking an elderly woman at knifepoint while he was attempting to cross. That could not be independently confirmed. 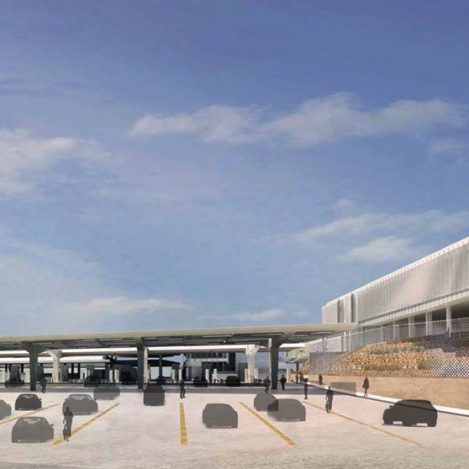