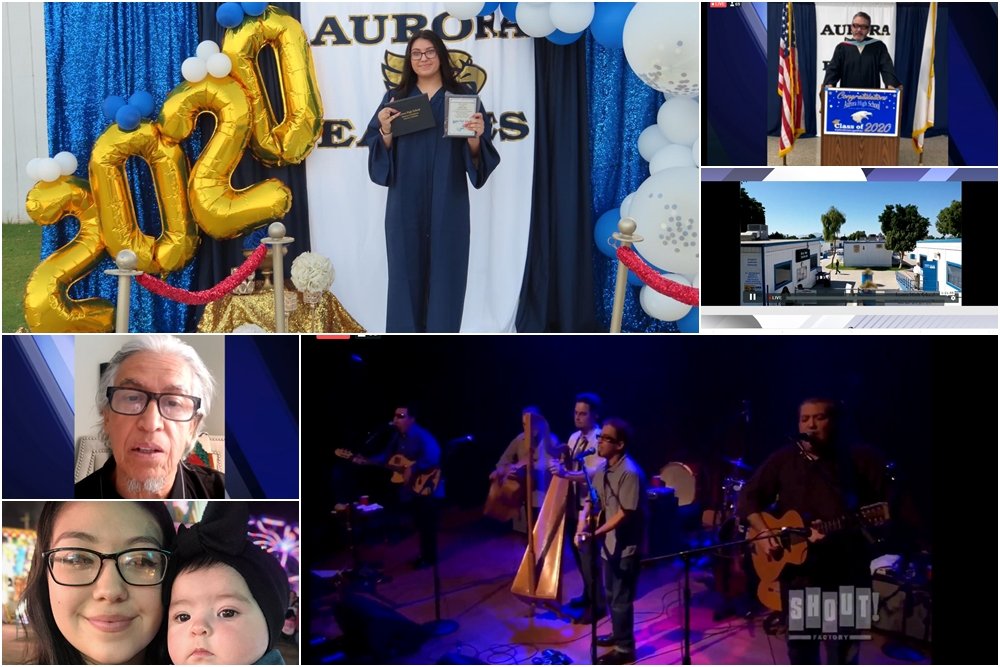 A day after receiving her diploma from Aurora High School during a drive-through ceremony June 15, Leslie Abril took a COVID-19 test and headed south to Mexicali with her 11-month-old daughter to shelter from the virus that had already infected four of her relatives she lives with in Calexico.

The 19-year-old’s test would eventually come back negative for the novel coronavirus, but she remained in Mexicali on June 26, keeping her baby girl, Genesis Yañez, safe in seclusion with the baby’s father and her boyfriend, Yair, as her elderly grandparents and two cousins dealt with COVID back home, she said.

“They’re bad,” Abril said of her grandparents’ illness, but her two cousins are asymptomatic, meaning they tested positive yet are not showing any effects of the virus.

And so goes life in the Imperial Valley during a worldwide pandemic.

Abril had already received her diploma in an unconventional way due to the spread of the disease and the necessity for social distancing, and on June 26, she watched a “virtual” version of her own commencement ceremony over the Internet while in Mexicali.

To think, she was in a foreign country with spotty cell phone service and suspect Wi-Fi when she watched herself be named one of Aurora’s outstanding students for the class of 2020, when a pre-recorded version of her principal, John Moreno, announced she had been awarded “most improved student.”

“I was really surprised about that,” Abril said over the phone after the ceremony. “I did try my best, but I didn’t think I was going to get that.”

The real-life edition of Moreno told the Chronicle what made Abril an “outstanding Eagle.”

“Leslie never faltered and always had the determination to finish. She became a teen mom but that didn’t stop her to attain her goal of a high school diploma. She may have fallen behind, but I believe the struggle made her stronger,” Moreno said June 26.

Meanwhile, the hour-and-half virtual ceremony paid homage to Aurora High’s 69-student class of 2020, plus 16 graduates from summer school in 2019. While it’s tough to make a virtual graduation stand out, Aurora might just have been the coolest one in the county, complete with a hilarious blooper reel in which Moreno nearly dropped an F-bomb for flubbing his lines.

The highlight was clearly the keynote speaker, though, who likely was the only celebrity to address the county’s corona-bound class of 2020.

Moreno somehow landed Louie Perez, a founding member of the critically acclaimed Los Angeles group Los Lobos, to speak to his seniors. Perez, at age 67, with his shock of white hair, is the primary lyricist and a chief songwriter for the group, its jarana player (a small Mexican guitar), and the lead pipes behind one of Los Lobos’ most beloved songs, “Saint Behind the Glass,” from 1992’s heralded “Kiko” album.

Following Perez’s brief address, the 150-or-so people who were watching the virtual ceremony online were treated to a live version of “Saint Behind the Glass” from 2012’s “Kiko Live” recorded at the House of Blues in San Diego.

“Hola compañeros,” Perez said, before telling the students that they are the future that can fight against the “institutional,” “generational” racism in America that recently took the life of an unarmed “Black brother” at the hands of a police officer in Minnesota.

Perez said he knows Aurora’s students understand the racism in a border town “that never seems to get better,” but it’s “you who has the power to change the story and write new chapters.”

He said the changes “start small at home, in the streets, in your community. … You are destined to be our leaders.”

Perez described his memories of being an 8-year-old boy growing up in East L.A., whose father died suddenly and who was scared of everything, trembling at school. He said he found courage through music, and “I changed my personal history” and helped make “the world a little better, or at least sound a little better.”

Then, Moreno himself congratulated Fabian Vargas Flores on being named the top student of the class of 2020 before ticking off the student award winners.

Among the shining moments of Aurora’s virtual graduation was seeing and hearing students honored who were often getting a second chance to succeed, many of whom came to the campus from prior stints at Calexico High School, where for a variety of reasons, they didn’t do well.

That was Abril’s story. She, too, was lost in the shuffle of the much more massive Calexico High campus, which last week graduated nearly 700 seniors.

“I don’t remember much about (Calexico) High School, but I remember it was hard because of the homework. I didn’t really understand stuff,” she said, and she was often too shy to ask for help when she needed it.

Abril just stopped doing the work altogether and her grades plummeted to the point where she was forced to go to Aurora by the second semester of her sophomore year, she said.

She needed the smaller environment and much more hands-on approach teachers at Aurora take with the students.

“At Aurora I was more comfortable with myself, talking during class … I am really shy,” Abril said. “Being at Aurora helped me with my shyness, to get rid of it slowly.”

It wasn’t all smooth sailing for Abril, though. She graduated in four and half years. Just as summer school was wrapping up in 2019, she gave birth to her daughter, but was back at school in August to finish her final semester.

“I thought I wasn’t going to make it. It seemed hard,” she said. “Those last days, when I had my baby, she was a month when I returned to school. I barely slept at all. I almost quit, but my mom was there, telling me to go.”

She said her mom and her boyfriend were there to help her with the baby, as she finished in November 2019. Although Abril got her diploma this month, she’s actually been a student at Imperial Valley College since February, where she is studying administration of justice. She hopes to become a U.S. Customs and Border Protection inspector.

“I just want to thank all my teachers, and Mr. Moreno, for all their support.”

Previous
Seven-Hour Border Backup Opens Up a Can of COVID Worms, Chief Says 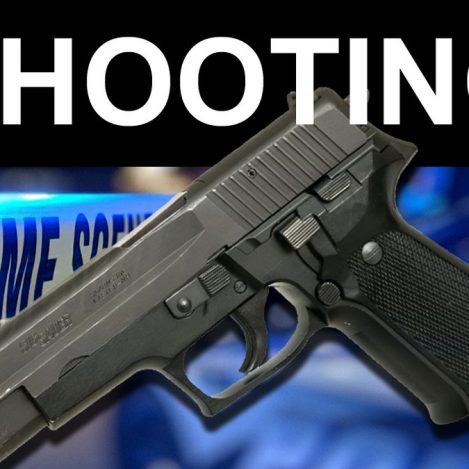