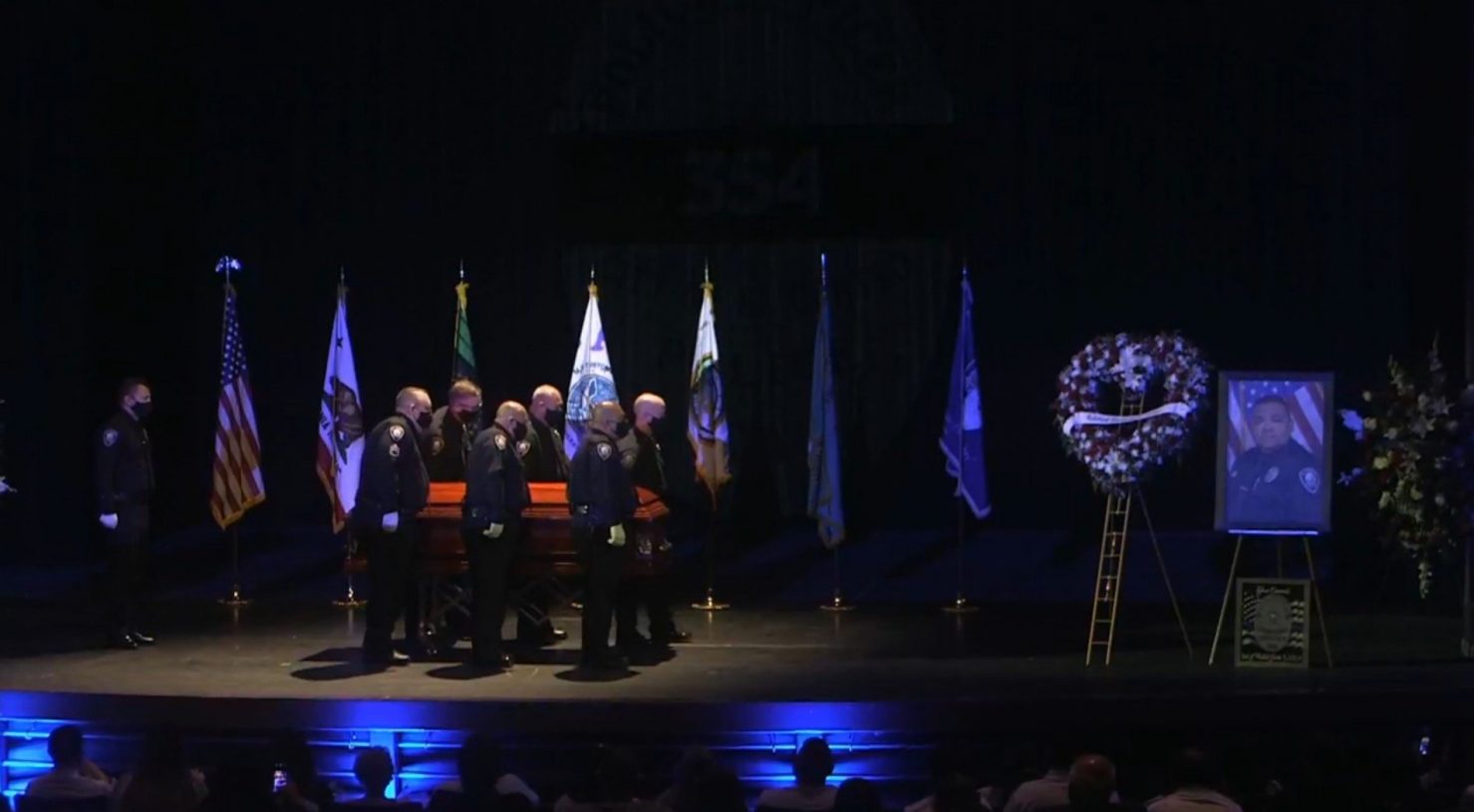 El Centro police officers bring the casket containing the remains of late Officer Efren Coronel to the stage June 26 during a memorial service for the veteran officer, who died from COVID-19 on June 3. Coronel contracted the virus in the line of duty after coming in contact with a suspect who later tested positive for the virus. SCREEN CAPTURE FROM ONLINE SERVICE
Home
COVID-19
In COVID-19Local News

A Community Honors ECPD Officer Efren Coronel, A Victim of COVID in the Line of Duty

The somber image of a casket covered by an American flag with fellow officers standing on either side in front of a screen displaying El Centro Police Department badge No. 354 awaited attendees of Officer Efren Coronel’s memorial service.

The local law enforcement community was devasted to learn of the passing of Coronel on June 3 due to complications from COVID-19, which police say he contracted in the line of duty while making an arrest on a COVID-positive suspect.

Coronel’s private service was livestreamed from inside Jimmie Cannon Theater for the Performing Arts at Southwest High School in El Centro on Facebook for the public to witness the morning of June 26.

Everyone physically in attendance covered their hearts and their faces as the service began with a presentation of colors to the sound of the bagpipes.

By this point, the emotional energy in the air was already so thick, it seemed tangible.

A video of Coronel’s daughter, Galilea Coronel, performing the national anthem on her clarinet in front of the Imperial County Courthouse aired during the service.

“I know how much you loved listening to and singing the national anthem. So, this is for you. I love and miss you, Dad,” said Galilea with a smile on her face.

Among the many speakers in attendance at the service was El Centro Mayor Efrain Silva, who offered his deepest condolences to the family and colleagues of Coronel.

“Today, we are also joyful because we have an opportunity to recognize how fortunate we were to have had Efren as a citizen of El Centro. Through his work, his life, his faith, he leaves an impacting legacy that will never be forgotten,” Silva said.

“Officer Coronel was not only the epitome of what an officer should be, he was also an outstanding citizen that gave up so much of his personal time for the benefit of our youth and our community,” Silva added in recognition of Coronel’s values and service to community.

“He was probably one of the best motor officers in this department. He was a tenacious homicide investigator. He worked SWAT as a young man, a position that only the best of the best is selected for,” said El Centro Police Chief Brian Johnson in sharing some of Coronel’s professional accolades.

“My dad had a positive impact on everybody’s life that he met. Both as a police officer and a coach, he was positive and wanted to put a smile on people’s faces,” Sebastian said.

A video played on a large screen at the memorial with photographs of Coronel throughout his life, set to the song, “Hallelujah.”

The two ECPD officers who had been standing beside Coronel’s casket with hands crossed throughout the entire ceremony lifted the American flag off his casket and, with the rest of the color guard, folded the flag.

Six uniformed ECPD officers carried Coronel’s casket out of the building to a hearse through two long lines of local law enforcement agents honoring his life’s work with a salute and the reverence that only a hero’s welcome home could command.

As of the afternoon of June 26, the El Centro Events Facebook post sharing the ceremony had more than 8,000 views. 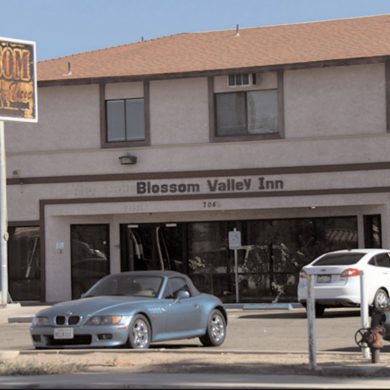