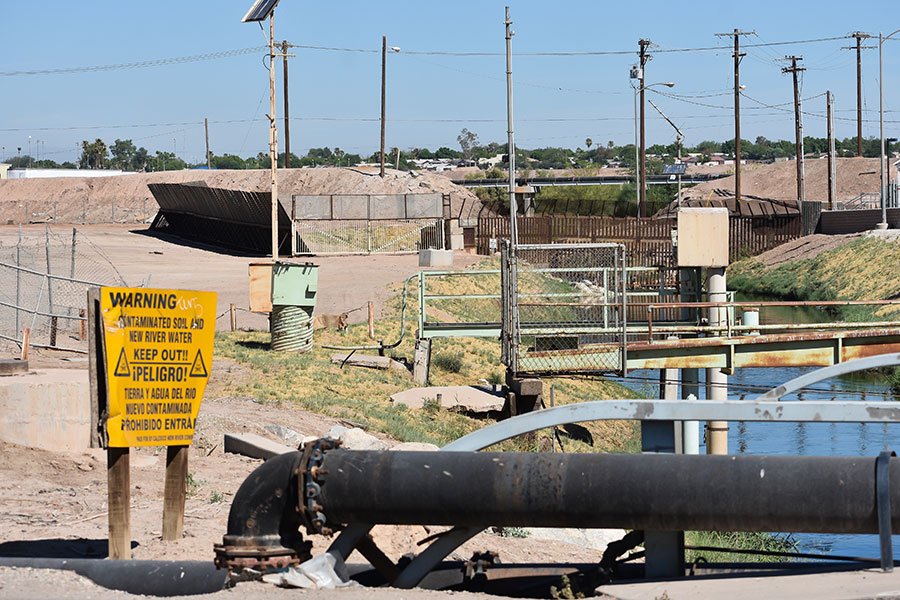 Calexico Approves New River Project in ‘A Day to Be Remembered’

CALEXICO — What seemed like a number of procedural moves by the Calexico City Council last week dealing with its long-simmering New River Improvement Project was in fact a momentous occasion for the community, said one city official.

“This will be a day to be remembered,” Assistant Calexico City Manager Miguel Figueroa told the council on June 17, a few moments before the council voted unanimously 4-0 to adopt a number of environmental declarations for the New River Improvement Project.

During the same meeting in which the council further separated itself from former Mayor Pro Tem David Romero by appointing Camilo Garcia to Romero’s vacant chair, the council also set a course for the future that will rapidly see work begin on one of the filthiest waterways in North America, the highly polluted New River.

The river, as it flows from the city of Mexicali, has been an environmental nightmare for the residents of Calexico and Imperial County for decades, as raw sewage, known cancer-causing chemicals and other stench-inducing and health-hazardous detritus has made its way north of the international border for as long as anyone can remember.

Almost all the funding necessary is at hand to start the New River Improvement Project’s core work of building a trash screen at the mouth of the polluted river where it enters from Mexico, the encasement of the fetid waters from a point just beyond the border to the easternmost boundaries of the city, and a tertiary treatment/pump-back system that will send treated water from the sewer plant back to an area by the mouth of the river for a “freshwater” segment.

City contract planner Chris Velasco advised the council these procedural steps were needed to move the project ahead after years of outreach and consultation with stakeholders and public agencies.

But it’s Figueroa, who has worked on the overall New River Strategic Plan and the smaller subsections like the New River Improvement Project, for over a decade who tried to impress upon the council the enormity of the occasion, one that is made especially possible because the funding is all but in place.

The June 17 decision was “basically the cornerstone of the construction of the project, and the reason I say this is” most of the funding “will be part of the state’s 2020-2021 budget,” Figueroa said.

He explained that the $28 million set aside for the New River ($18 million in new money from the general fund and $10 million allocated from Proposition 68 water bonds) has made the cut into the final budget expected to be signed anytime now by Gov. Gavin Newsom.

“Obviously until the budget is formally and officially presented, we won’t know. But Assemblyman (Eduardo) Garcia has made a public statement in terms of his confidence that this will happen,” Figueroa said.

While acknowledging the precarious state of the as-yet unsigned state budget due to shortfalls attributed to the COVID-19 pandemic, Garcia, D-Coachella, stated a few days earlier that both funding for the New River and the Salton Sea have made the cut into the final budget.

“As a state, this pandemic has left us facing difficult choices in the budget process. Despite numerous fiscal challenges, the Legislature has acknowledged our district’s persistent advocacy as well as the public health, economic, and environmental urgency of the New River and Salton Sea projects,” Garcia stated in a June 15 press release from his office.

Figueroa said June 17 that he had already been in contact with the agencies that will funnel the money to the city of Calexico for the project so that as soon as the funding becomes available, the city will be able to start developing bid advertisements and other documentation for the three core components of the project to clean up the river as it flows through city limits.

“It’s been a long time coming,” Calexico council member Lewis Pacheco said June 17. “Got a feather for your hat there, Mr. Figueroa?”