During a June 23 report to the county Board of Supervisors, Munday reported that of a resurgence of COVID-positive cases nationally, as well as locally, the ages of those becoming infected is beginning to “shift.”

“Honestly, I don’t find that surprising,” Munday said, adding that is happening, especially in other parts of California and the United States, for two reasons.

He said the first reason is, as testing capacity increases, more people are tested and the demographics broaden from high-risk and older populations, to a more general population.

Secondly, though, as areas of California and other parts of the country open, so do the types of pursuits which younger crowds tend to participate in, such as going to restaurants, bars, beaches, and other outdoor areas.

Brawley Senior Center is located at 575 J St., and the hours of operation will be the same, from 7 a.m. to 7 p.m. Mondays through Fridays, said Jeff Lamoure, deputy county public health director, who is in charge of COVID testing in the Valley.

Lamoure said the second OptumServe site will continue in the Imperial Veterans’ Hall in the city of Imperial.

As of June 22, the “alternative care site” at Imperial Valley College has seen 78 COVID-positive patients since it opened May 25, according to a county Emergency Medical Services Agency official.

There were 11 patients in the IVC mobile medical facility on June 22, county Emergency Medical Services Agency Director Chris Herring during a press conference earlier in the week.

ACE inhibitors are generally used as a heart medications that widen, or dilate, your blood vessels.

The full trial will be coordinated by UC San Diego and is expected be done at sites throughout the country, including California, New York, Massachusetts, Washington state, Texas, and Illinois. About 560 participants will be recruited to participate in the randomized, double-blind and placebo-controlled clinical trial.

A minimum of 30 ECRMC patients will participate in the important study, according to the press release.

Candidates are those who are either presenting with COVID-19 symptoms in the Emergency Department or are currently hospitalized with the disease. The study is expected to last a year.

Rohit Loomba, M.D., professor of medicine and director of the NAFLD (nonalcoholic fatty liver disease) Research Center at UC San Diego School of Medicine, will be the study’s principal investigator.

“There are no approved or proven treatments yet for COVID-19, which has infected millions worldwide and killed nearly 438,000 with the end of the pandemic nowhere in sight,” Loomba stated in the release. “We’re investigating whether drugs called ACE inhibitors might be part of the remedy.”

“Our hypothesis is that ACE inhibitor drugs help keep the RAAS (renin-angiotensin-aldosterone system) system in balance and functioning optimally,” stated Loomba. “SARS infections create an imbalance, triggering feedback loops that promote inflammation and injury – a vicious cycle of pathological consequences that wrack the lungs, heart and other organs, which can kill.”

Prospective patient participants will be over the age of 18 and presenting in the emergency department or currently hospitalized. Virtual consent via videoconference or telephone will be required.

“Studies like these are going to help us save lives,” stated Andrew T.  LaFree, M.D., ECRMC principal investigator for this trial. “Being a part of clinical trials like these is important to understanding COVID-19 and its treatments. We are pleased to be able to provide local data to help continue to research treatment of this disease.”

It is important to note that these medical trials will be conducted by professionals in a controlled environment. The medications will be administered to participants by physicians who will monitor and evaluate the patients to ensure their safety, the press release stated.

The El Centro Regional Medical Center Foundation will livestream a virtual concert to raise money for the foundation’s COVID-19 Emergency Fund from 5 to 8 p.m. June 27 on the website, www.bandtogehteriv.org

During the concert, there will be the opportunity to donate to the fund on the website.

The foundation board voted on March 26 to seed its COVID emergency fund with an initial contribution of $50,000. “Given the evolving nature of the situation, the foundation has pledged to be flexible and work with the full knowledge that the funds will be deployed and used to support the hospital and front-line staff,” according to the foundation website. 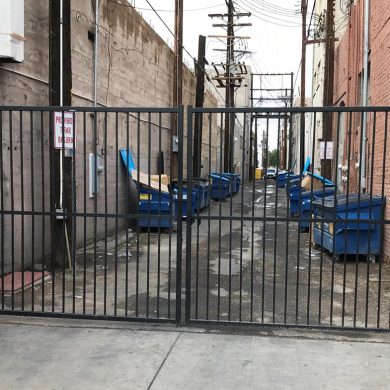