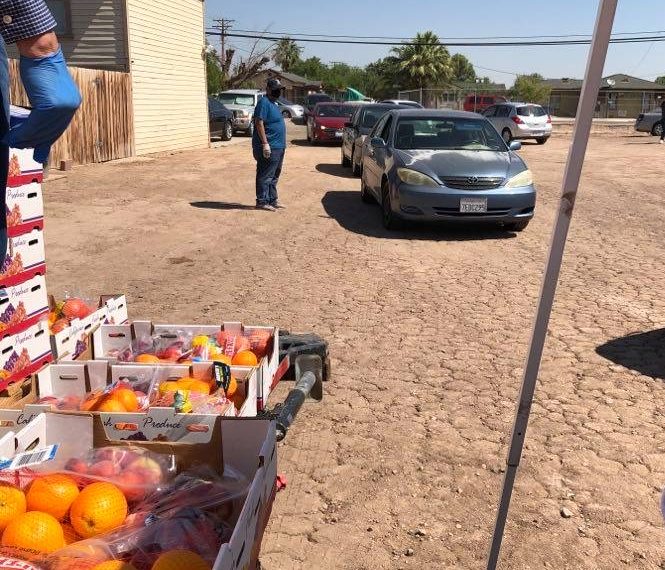 Volunteers from Bethel Asamblea de Dios church give out 20-pound boxes of fruit to the needy on June 4 at 1099 W. Pico Ave. in El Centro. | ELIZABETH VILLA PHOTO
Home
COVID-19
In COVID-19Regional News

CityServe, Through Local Assembly of God Network, Connects with Community

IMPERIAL VALLEY — Since the start of 2020, some 10 Assembly of God churches in the Imperial Valley have teamed with Bakersfield-based CityServe, a collaborative network of churches and community leaders, to provide food and other essential items to those most in need in the community.

“We really don’t know the need that is out there until we talk and listen to the people,” said Emilio Agundez, director of the CityServe program at Bethel Asamblea de Dios in El Centro.

“Early 2020, through its partnership with CityServe, Bethel started distributing a variety of merchandise for free to help serve community needs. The main purpose is not only to deliver a service but to deliver the Word and invite them to church,” Agundez said.

“We are blessed to help people,” said Yolanda Quinonez, wife to Pastor Quinonez.

She described how the church recently helped a young family who had just moved to an apartment and had no furniture except a table and an air mattress for their three kids.

Due to a recent partnership between CityServe and the U.S. Department of Agriculture, it was announced May 21 that CityServe and its partners would be designated as a regional “Community of Faith and Opportunity.”

Under that designation, churches, as partners to CityServe, are now able to distribute USDA food to the needy, said Pastor Dan Bruce of Faith Assembly of God in Imperial and administrator for the CityServe regional distribution center in the Imperial Valley.

Due to COVID-19, many of the food crops raised in the U.S. have no market and now through a grant, USDA and CityServe are working together to get this food to people in need, Bruce said.

Through this partnership, Bethel has had a weekly drive-through distribution over the last three weeks. The last distribution on June 11 saw some 480 boxes of fruit and vegetables handed out at Bethel’s property at 1099 W. Pico Ave. in El Centro. In addition, deliveries were made to homes of the sick or elderly who could not come.

“When we are notified by the (regional distribution center) that they have food, we advertise it in Facebook,” Agundez said.

Barbara, a recipient of a box of USDA commodities who did not provide her last name, said (translated from Spanish), “I thank the church for giving at this time of hardship to people in need.”

So far, it has only been fresh fruit deliveries. “We are told that vegetables and even meat and cheese, and possibly dairy are coming,” Bruce said.

“They probably would not want any credit, but those are the guys that help us distribute (the truckloads) to the Valley. These are businesspeople that have really stepped up to help the Valley,” Bruce said, adding they donate their facilities, their labor and transportation.

“The food or supplies are a tool to build relationships — fill economic situations and their emotional and spiritual needs as well,” Bruce explained.  “In this day of mostly bad news, quarantine, in our nation,” Bruce added, “we (the church) get the privilege of handing them a free gift and showing kindness and hopefully we can restore their faith in God and mankind as well.” 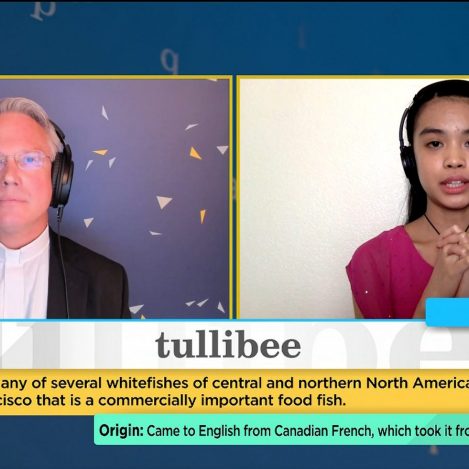