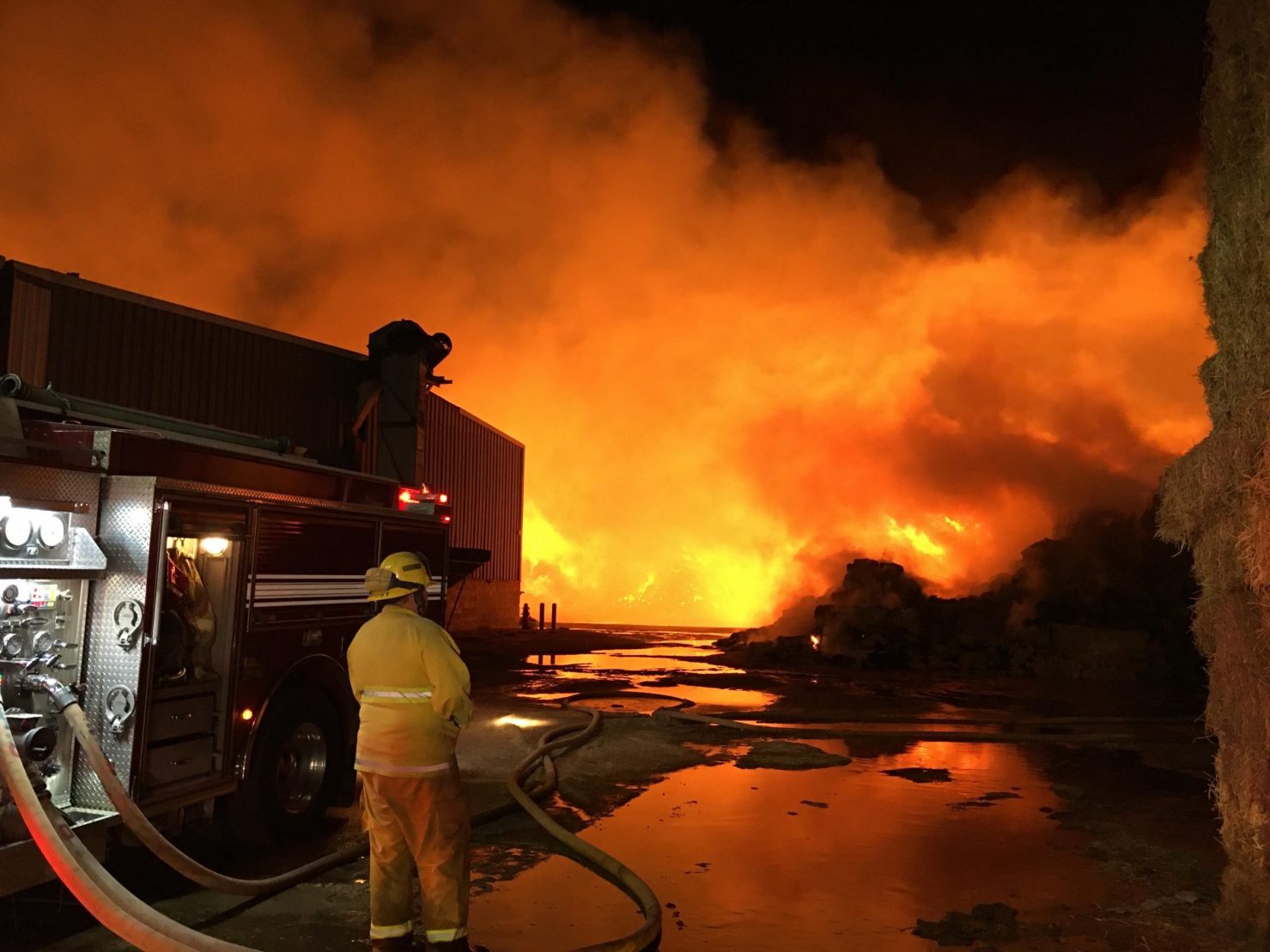 An El Centro firefighter watches over the burning hay bales at the Wilbur-Ellis Co. hay-processing plant fire sometime between when the fire started June 5 and in the middle of the night June 6. The accidental fire caused an estimated $5 million in losses at the site on West Danenberg Drive near the Imperial Valley Mall. CEDRIC CESENA PHOTO
Home
Local News
In Local NewsRegional News

A massive hay fire that caused an estimated $5 million in losses was expected to give off heavy smoke and continue to smolder until at least June 9, when the haystacks were expected to burn themselves out and prevailing easterly winds were expected to clear smoke from the area, according to an El Centro Fire Department official.

For now, those with breathing issues, such as asthma, were being advised to steer clear of the eastern portion of the city near the Imperial Valley Mall, where the Wilbur-Ellis Co. hay-processing plant and storage facility at 45 W. Danenberg Drive was the site of a four-alarm fire on June 5, El Centro fire Battalion Chief Cedric Ceseña said.

Due to high and variable winds on the evening of June 5, fire crews were forced to douse the flaming haystacks with water to protect multiple structures in the immediate area of the blaze. But in doing so, Ceseña said, water applied to burning hay prolongs the time it takes for the material to burn itself out and produces heavy amounts of smoke.

He said El Centro fire crews, which had assistance from Imperial County, Holtville, Calexico and Westmorland firefighters, were able to protect a number of structures and keep the fire contained to the fence line of the Wilbur-Ellis property.

Winds did appear to stoke the flames on the evening of June 6, Ceseña said, but the fire was safely contained to one area by that point and was being allowed to extinguish itself.

Destroyed, as of June 6, were an estimated $5 million worth of hay and several roofed but open-walled structures covering the stacks, he said.

Firefighters aggressively fought the flames from around 7:30 p.m. June 5, when the fire was first reported, to around 2 a.m. June 6, according to officials.

Ceseña said crews were able to save a small house-like structure just outside the Wilbur-Ellis lot and several large structures that house numerous tractor-trailer rigs and the shipping containers used to send hay exports to ships for travel overseas.

While the fire is still under investigation, Ceseña said after speaking with fire investigators at the scene, it is believed the cause of the fire was “accidental in nature” and that the hay might have spontaneously combusted due to a mix of increased humidity levels in the stacks and pressure caused by the bailing process. The fire conditions, he said, could have started either at the field at the time of bailing or at the site of the fire with the hay-pressing process. He said it’s difficult to be certain.

In checking with air-monitoring stations closest to the fire site in El Centro and Heber, it did not appear that the smoke was causing any potentially unhealthy conditions for asthmatics. However, there are no monitors in the immediate vicinity of the fire.

Previous
Construction to Start on Next Phase of New West Port 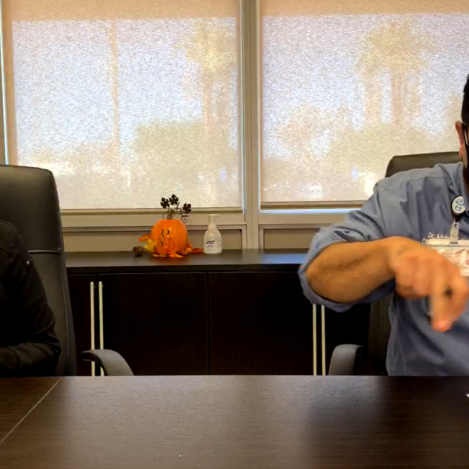