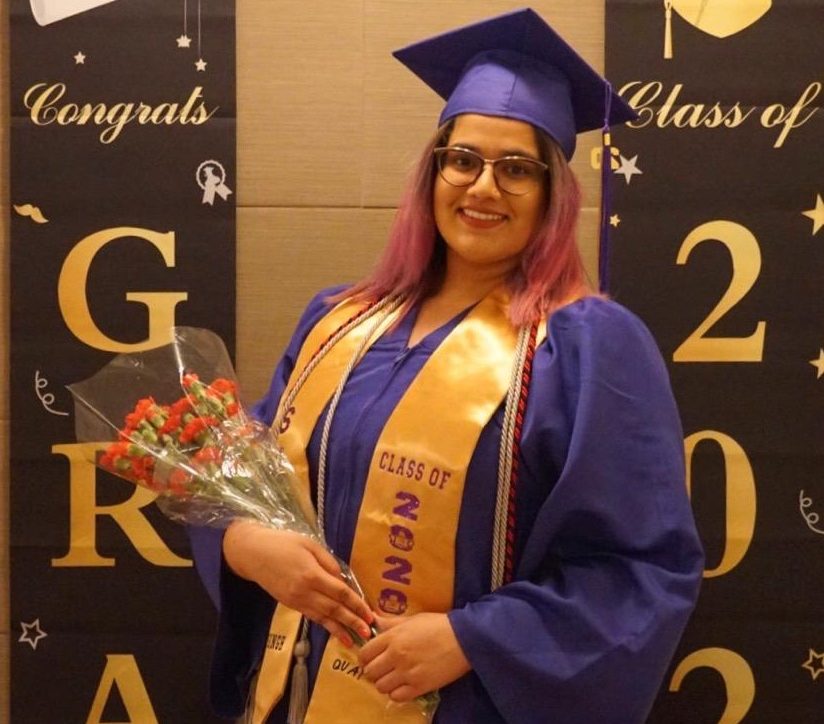 Recent Southwest High graduate and senior class president Simran Singh is shown in her with her cap and gown. | COURTESY PHOTO
Home
COVID-19
In COVID-19Regional News

EL CENTRO — When Southwest High School senior class president Simran Singh first learned physical classes were ending due to the COVID pandemic, she thought it was a temporary measure.

“We got the news in March and were hoping it would be a two-week shutdown. And then by April, we knew school would be shut down. At first, we were all pretty sad, but now things are in perspective,” Singh said recently.

“Even though this wasn’t the graduation I planned, having a virtual graduation doesn’t invalidate the work our class did to get here,” she said.

Although it’s difficult to lose out on all the things that mark the end of a successful high school career, including dances, rallies, ditch days and senior trips, there’s a bigger picture, Singh said.

“Be kind to yourself and remember that all of the feelings that you have are valid,” she said. “It’s OK to be sad about what you are missing out on and scared about the status of the world. But we also need to find happiness and celebrate where we can.”

“We are proud of their achievement and we appreciate very much what the loss of their spring of their senior year means. We understand that those memories can’t be replaced, and we are doing our best to honor our students now,” Southwest High Principal Matt Phillips told the Calexico Chronicle on May 27, a few days before the virtual ceremony went online.

On June 2, Southwest High School’s Class of 2020 were honored for their hard work amid unique circumstances with a pre-recorded virtual ceremony shown online on the high school’s website.

The ceremony began with a prelude by 12 members of Southwest’s Chamber Orchestra, which played a rendition of the musical “Cats” best-known ballad, “Memory.”

Hard to believe, the moving musical performance featured in the ceremony was recorded individually by orchestra members and pieced together by conductor and musical director Mathew Busse for the digital graduation performance.

In a welcome statement, Phillips told students, “We are experiencing a life-changing, society-changing event. With that I say with full confidence, the future as held by the class of 2020 is in good hands.”

In their speeches, senior students recognized the difficulties they collectively overcame in graduating will make them stronger when facing feature endeavors.

“Many of us have lost the will to compete in events that we studied hard for, but I have no doubt that we would have done great because great is what we do at SHS,” senior Johana Lizeth Vasquez said in her speech.

“Teachers don’t see us as students but as the future. Many of us formed bonds with some of our teachers and now we are extremely grateful for the work they put into us,” Vasquez said.

Very elaborate and thoughtful in her words, Patel said, “Although we cannot be together in person, nothing will change the good memories fun times and all those stressful times in between. I want to thank my friends for always being there for me to lean on. I have never felt alone during my time at Southwest.”

Central Union High School District board President Ryan Childers recognized all 453 Southwest seniors for meeting the requirements of both the state and the school district before asking students to move their tassels from one side to the other, signifying their status as conferred graduates.

Instead walking across a stage in front of family and friends to receive their diploma, graduates watched as a photo and the name of each student appeared on the screen.

The ceremony ended with a with message reminding students, “This isn’t the end, it’s just the beginning.”

That quite literally might be true, as Phillips said during an interview, that parent and student survey results show a live graduation ceremony is something seniors would like to happen in the fall.

“We did a survey among our students and their parents. The results of our survey said the class of 2020 would like to do this in person when the situation permits,” he said.

SHS administrators are planning an in-person celebration similar to homecoming to honor the graduating class of 2020 but can’t set a date until local public health conditions improve, Phillips said. 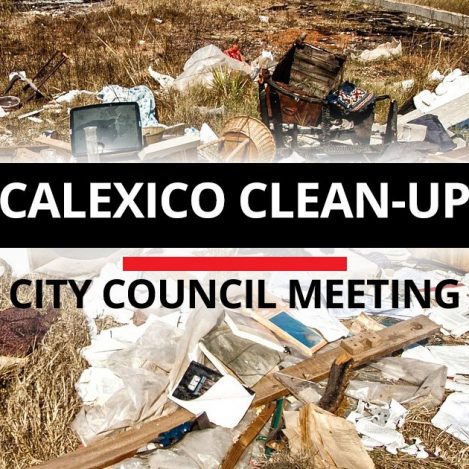 Calexico to Consider Contractor to Help With Clean Up