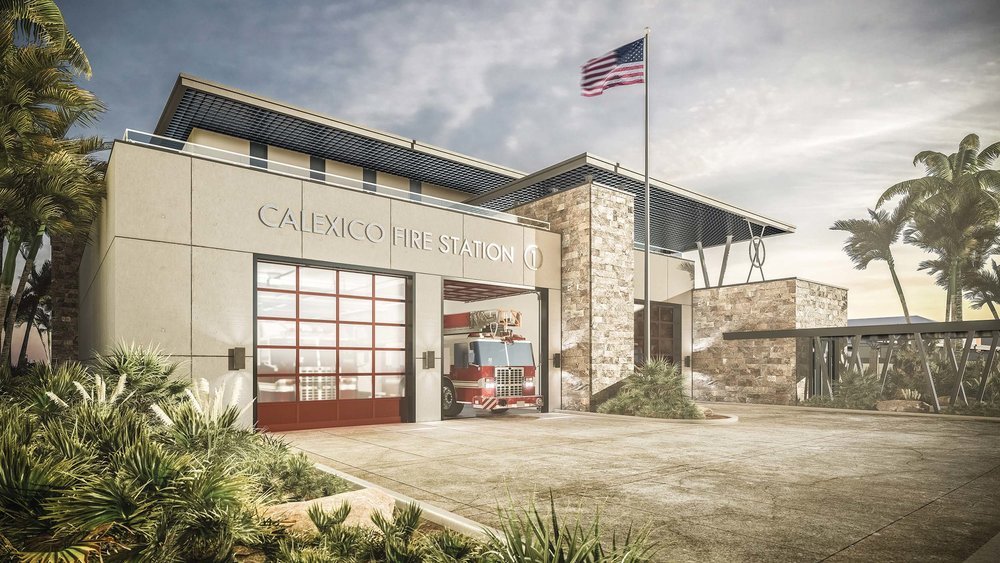 CALEXICO — After a decade of delays, Calexico could see work on its new fire station start in as few as two weeks with the start of demolition, after the City Council approved a construction bid during its meeting June 3.

With fire crews living in temporary quarters since late 2017, they might just get a chance to break in their new station by mid-2021 after council awarded the $5.827 million bid to Oakview Constructors Inc. of Calimesa by a unanimous vote to build the state-of-the-art facility.

Calexico fire Capt. Schannon Mohamed, who has been working with the fire station’s design team, Ten Over Studio, said the department is shooting to be in the new headquarters by May or June 2021, but that a lot can occur in that time.

“This is definitely a positive for the department and for the city,” Mohamed said June 1. “It’s something we definitely deserve.”

Mohamed said the tentative contract says the builder has 365 days from the start of demolition to complete the new building.

He added demolition could start as soon as the second week of June or by July 1, but it all depends.

With the COVID-19 pandemic ongoing, Mohamed said the department realizes there could be some delays along the way.

On May 12, the city received eight qualifying bids, ranging from the low end of $5.827 million from Oakview Constructors to the highest bid of $7.574 million from Faris Construction Co. of Dana Point.

Calexico City Manager David Dale said during an interview in January that the fire station project has been fully funded since 2013 or 2014, when the city’s Measure H Committee agreed to fund the new station. Measure H is a 2010 voter-approved half-cent sales tax that is monitored through an oversight committee set up by the tax measure.

In 2013-2014, the committee took out $10 million worth of bonds and set aside $6 million for the fire station, Dale said. The city manager was confident that the existing funding would be enough to cover what he said at the time was a $7 million price tag on the fire station build.

“I doubt if it’s going to come in that high,” Dale said in a different interview Dec. 20, 2019. He added that if it does, the city has $1 million to $1.5 million in state Community Development Block Grant Program funding available for the balance.

Dale told the council June 3 that the city likely would have to tap into those CDBG program funds to pay for what will most undoubtedly will be unexpected expenses.

Dale said it’s not uncommon for projects like this to come back with about 10 percent in change orders, or added expenses from unexpected costs. He told the council that he expects the final price tag on the project to be around $6.2 million to $6.3 million.

Demolition of the semi-abandoned Fire Station No. 1 at 430 E. Fifth St. was reportedly to begin in April, officials said at the star of the year, but the COVID-19 pandemic occurred. It appears if that work was later folded into the bid request.

The current fire station No. 1 is considered semi-abandoned because the garage of the station is still used to store the department’s fleet of response vehicles, but the living quarters for the crews are inside the former Calexico courthouse on Fourth Street, directly behind the station, due to health and safety conditions that made it necessary to house crews elsewhere, city officials have said.

The new fire station project got a major push start forward late last year when the council increased the contract amount it was paying fire station designer Ten Over Studio of San Luis Obispo an additional $10,500 to include assisting the Fire Department in putting together the bid advertisements and information needed to get a construction team in place and the project started.

Ten Over Studio has been involved with the city fire station project since at least 2017, when the project was first designed, according to information found on the Ten Over Studio website.

It appears the Calexico designs were honored in 2017 with a “recognition award” from the Fire Industry Education Resource Organization in fire station design.

Calexico Mayor Bill Hodge said in January that his understanding was that problems with “fungus” and “bad plumbing” were among the reasons the fire crews were forced out of the headquarters in 2017.

Fire Capt. Eduardo “Lalo” Rivera said the problems described by Hodge were just some of the issues at the headquarters. In January, Rivera said hazardous building materials and electrical wiring problems, weather damage and time were also some of the factors that led fire crews to move out around Thanksgiving 2017.

“They were unhealthy living conditions,” Rivera said at the time.

Rivera said the department will continue to operate and live out of the courthouse and move the garage area for the fleet to the courthouse once demolition starts. He said in January that even the garage at the Fifth Street location is beginning to become unusable with cracks in the concrete and asphalt where the vehicles are parked. He explained the department has added to the fleet over the years and that “these are some heavy rigs.”

Rivera added plans for a new fire station date back at least a decade.

“If you knew how long I’ve been working on this (project). Man. It’s been at least 10 years,” Mohamed said. 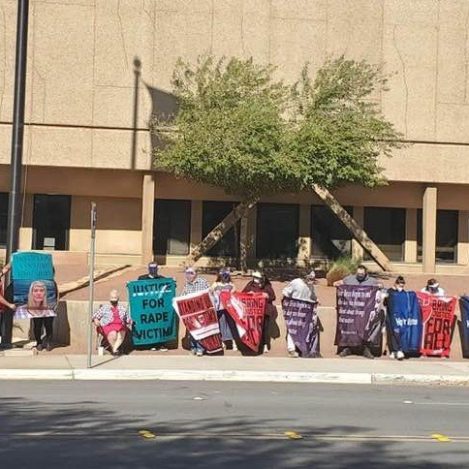