EL CENTRO — El Centro lost one of its first-responders to COVID-19 when veteran Police Officer Efren Coronel died in a San Diego hospital after a two-week struggle with the virus, a city official confirmed.

Coronel’s death will be considered a loss in the line of duty, Jackson said. Coronel reportedly detained a suspect who ended up testing positive for COVID-19, and subsequently, Coronel tested positive several days later.

The officer had been a member of the force for 24 years, an El Centro police press release confirmed. Coronel was a senior patrol officer and assigned Officer in Charge for his patrol team, a city release stated.

“This is something we’ve been living with for two weeks now,” the council member explained, adding Coronel appeared to be getting better over the weekend when he took a turn for the worst.

Meanwhile, El Centro Regional Medical Center officials on June 3 announced that they had lost one of their own front-line healthcare workers, Adan Maldonado, to COVID-19. Maldonado, an ultrasound technician in the medical-imaging department, died in the El Centro hospital on June 1.

For Coronel, Jackson said a prayer vigil outside the officer’s home the evening of June 2 attracted 50 to 60 people.

“Officer Efren Coronel was a great officer, with a big heart for our community. But more importantly, he was a husband and a father. He will be missed forever by all of us, but especially by his family. Please keep his family in your prayers, as they will need our strength to overcome this tragic loss. Also, please say a prayer for his ‘Blue’ family… they are grieving too. RIP Efren,” Jackson said in a post shared to his official city council member Facebook page.

Jackson described Coronel as a well-regarded, well-liked officer who coached his daughter’s soccer team and recently had a son graduate from high school. He is survived by his wife and two children.

During his career with ECPD, Coronel had been a school resource officer, part of traffic investigations and was a motorcycle officer for a time, the city stated.

Jackson said Coronel had been in a San Diego-area hospital for about two weeks.

ECPD is inviting the public to witness a procession to “bring home” Coronel to the Valley from San Diego on June 8, according to a June 5 press release from the department.

“Full honors will be given for this procession. We anticipate arriving in the Imperial Valley after 2:30 p.m. via Interstate 8 to Imperial Avenue and continuing on to Frye’s mortuary in Brawley. The services will be announced on another date,” the ECPD release states.

“We invite the public to welcome him home with open arms and embrace all that he stood for. Efren touched many hearts and lives in his years of service … We will miss him dearly,” the department stated in its release.

Regarding Maldonado, few details have been released regarding how he might have contracted the virus, but a hospital official on June 3 said contact-tracing investigators with the county Public Health Department don’t think Maldonado contracted COVID while at work.

“He (Maldonado) had been a valued member of our team since September 2011 and will be greatly missed,” ECRMC Chief Executive Officer Adolphe Edward said during a Facebook Live update. “Please keep Adan’s family in your thoughts as they go through this difficult time. The family wishes to thank all of Adan’s colleagues and everyone who was by his side assisting him in his care.”

A memorial in Maldonado’s honor will be set up in the hospital’s lobby at 7 p.m. June 9. 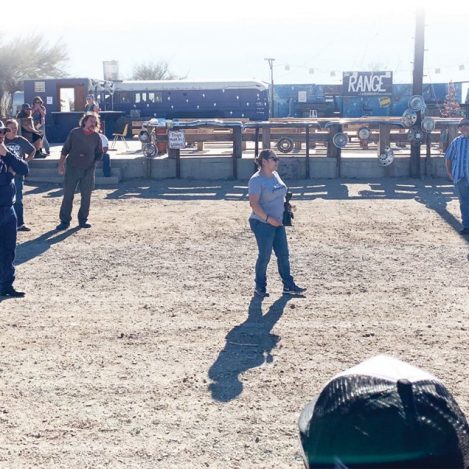