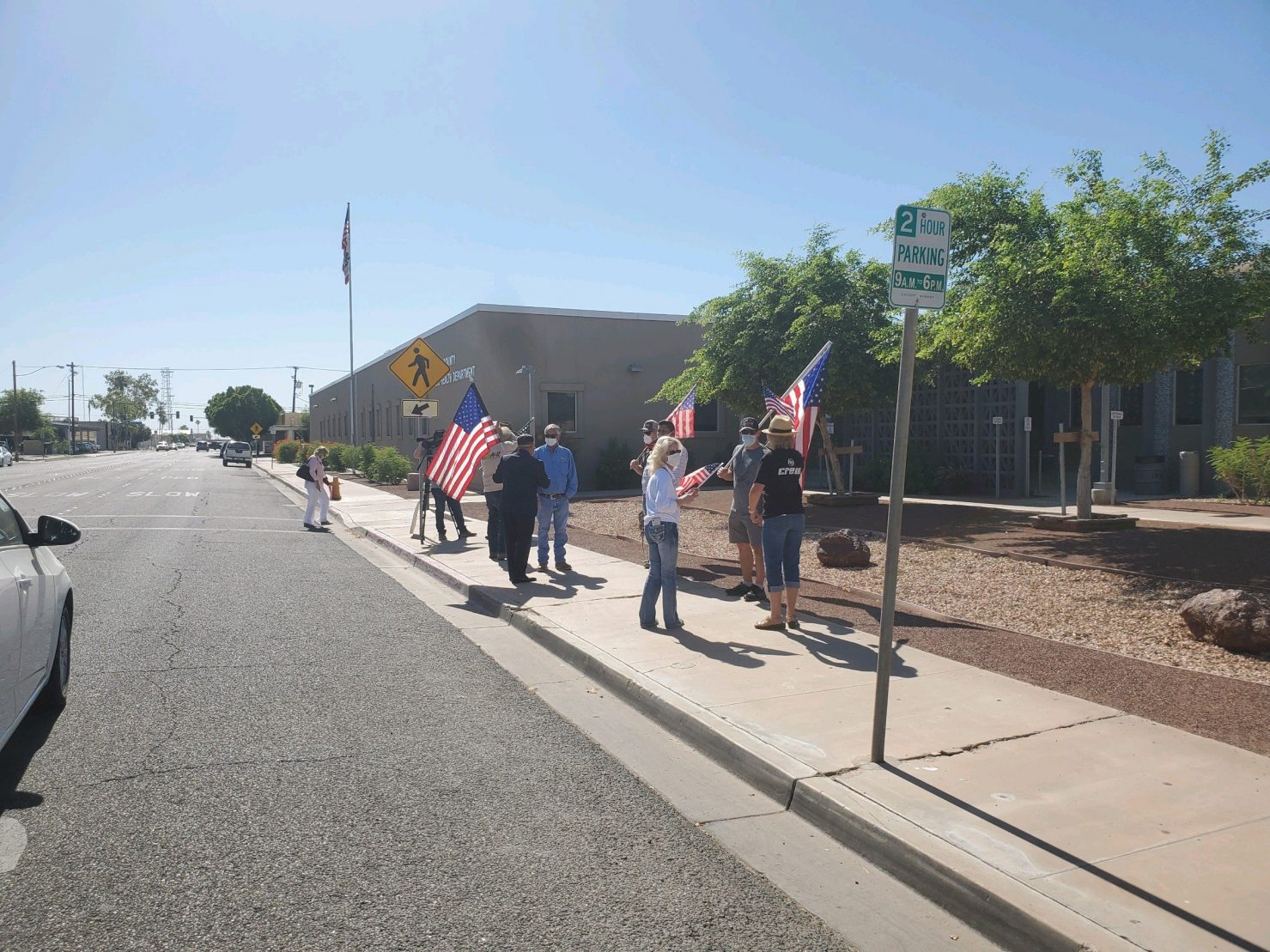 About dozen protestors marched in front of the county Public Health Department building on Broadway in El Centro the morning of May 29 to let officials know their dissatisfaction with continued closures of restaurants and other types of businesses that are being allowed to re-open in other parts of the state. JAYSON BARNISKE PHOTO
Home
Local News
In Local NewsRegional News

Braving the near 100-degree heat by 9 a.m., a dozen protestors waved flags in front of the Imperial County Public Health Department offices in El Centro on May 29 in a crusade to re-open businesses.

“We are getting to point where gyms, restaurants, and other small businesses are just being crushed. Big-box chains like Lowe’s, Walmart, and Target are raking in billions of dollars on this COVID-19 economy and small businesses are having a hard time just staying afloat,” Harsany said. “People need to wake up and realize these small mom-and-pop businesses are not going to be here when the dust settles.”

The 17-year Brawley Police Department veteran left a career in civil service in 2019 to run Inferno Pizza after the untimely death of his brother, who started the business. Harsany said he feels small businesses are unable to compete with advertising, name-branding and the vast resources of large corporations and deserve help from their city and county officials.

“Take-out (service) was only about 10 percent of any restaurants’ revenue before COVID. If you were able to double that, you would only be making 20 percent of what you used to. In my businesses, my monthly revenue has dropped 80 percent. We are not even covering our overhead (costs),” Harsany said of the restrictions placed on restaurants by state and local Public Health Department officials in mid-March.

Harsany said he knows other restaurants, barbers and even churches are struggling and feels that no one else is willing to do anything about it. He said he wants to be allowed to open his restaurant for seated dining immediately.

Protester and Imperial Valley resident Victor Salgado said he has been so upset with what has transpired during this lockdown, that he has nearly been moved to tears.

“I served my country for freedom, not to be locked up like any other dictatorship county. This is going to affect everyone. They don’t see it right now, but wait until next year,” Salgado said.

“Businesses in San Diego are starting to open up because people started voicing (their dissent) just like here. I am glad people are starting to say the same thing out here. I am out here once a week to support the Valley,” Hidalgo said.

“We want our Imperial Valley to open up. We want our businesses opened,” Brawley resident Carleen Robertson said during the rally. “We want the Mexicali surge to stop. I believe this is all political.”

Imperial County Supervisors’ Chairman Luis Plancarte was asked his opinion on the rally.

“Small shops are open. The governor has allowed all non-essential retail to open and the governor is who sets those guidelines,” Plancarte said when contacted after the rally May 29.

“The numbers (of new positive COVID cases), and that is what matters most, are not showing that it would be appropriate to open restaurants for dining in at the Imperial Valley this time,” Plancarte said in response to a call for the Board of Supervisors to challenge state regulations.

Plancarte encouraged local business owners to be proactive in taking advantage of resources that can be obtained on the Imperial County Public Health Department’s website.

Plancarte mentioned the extreme lengths local chambers of commerce are going through to help local businesses. 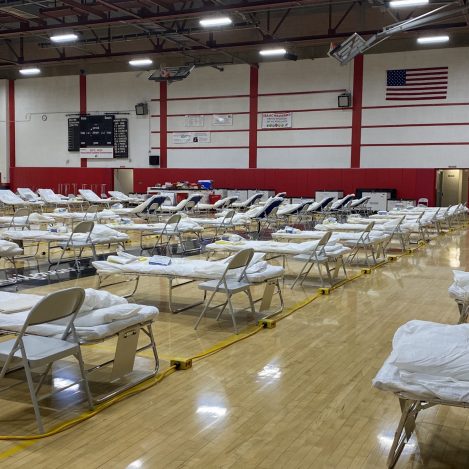