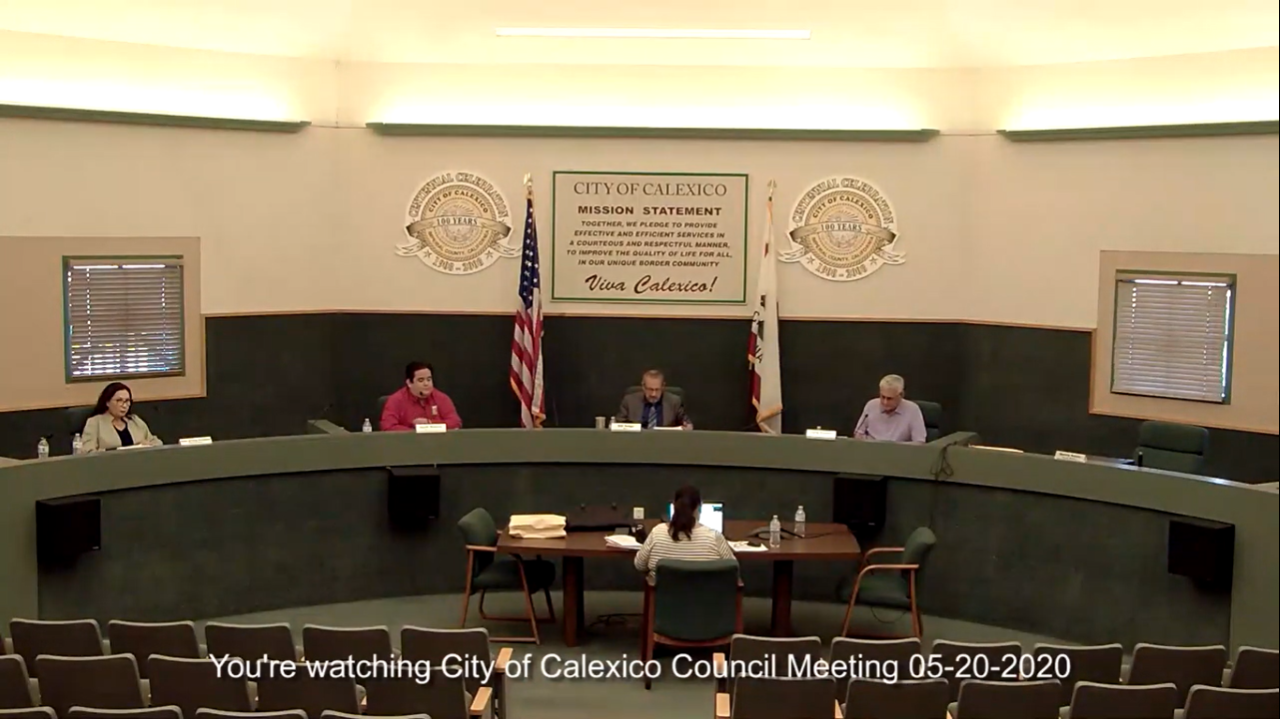 CALEXICO — Although the Calexico City Council was unanimous in principle to split the Community Services Department into two divisions — library and recreation — it was not unanimous in its vote to do so after the qualifications for one department manager eliminated the requirement for a college degree.

Prior to the council’s May 20 decision to divide the department, which had long been under the direction of now-retired city Librarian Sandra Tauler, all city department managers were required to have at least a bachelor’s degree.

The council approved 3-2 splintering community services into a library department and a recreation department contingent upon the qualifications for the recreation manager no longer require a B.A.

The motion was made by City Council Member Morris Reisen. Council members Rosie Fernandez and Bill Hodge agreed with Reisen, while council members David Romero and Lewis Pacheco voted against the move.

Romero and Pacheco were not against dividing the department, but they were against eliminating the college-degree requirement.

Public Works Manager Lilliana Falomir noted before the vote was taken that because all department heads are required to have a bachelor’s degree, the scale of pay for the recreation department manager should be changed as well.

No one disputed that idea, but no one addressed it, either, and the vote went forward without reconsidering the pay for the rec department manager position.

The vote not only approved dividing the departments but creating three new positions, two full-time department managers and a part-time cultural arts assistant under the recreation department, which will now oversee all activities at the Carmen Durazo Cultural Arts Center.

Garcia’s report to the council as part of the agenda stated there is a negligible effect on the city’s general fund, “compared to the current structure.”

Garcia said the city would advertise for all three new positions.

With only two qualifying bids received by the late April deadline, A&R came in at $1.06 million, compared to Pyramid Construction and Aggregates Inc. of Heber at $3.05 million, according to a report to the council by Falomir.

Mayor Hodge asked why there was such a huge discrepancy in the bid amounts and whether that would affect the quality of the work. Romero and Hodge also asked whether that variance in pricing would lead to increased change orders or additional costs from A&R down the road.

Calexico City Manager David Dale said A&R is reputable, and as a city engineer by training, Dale was comfortable with the bid amount after speaking with A&R officials.

Falomir and Dale said A&R have come within budget in past projects for the city.

Cost for the project was already part of the current fiscal 2019-2020 budget and will come from wastewater enterprise funds as part of the budget’s capital improvement program, Falomir told the council.

The council signed off on a nearly $40,000 change order for a $167,750 fencing project at the Cordova Park Little League baseball fields by unanimous vote.

Due to what Falomir described to the council as a “shortage of staff” who can weld, city staff added to the scope of work in a contract already awarded to a company in order to meet a July project timeline.

The initial contract with Crafters Fence Inc. of Santee was to install fencing around baseball fields at Adrian C. Cordova Park on Clinton Avenue between Zapata and Meadows drives, according to Falomir’s report to the council.

However, the change would bring the new contract to $207,650 by adding the cost of installing six roof structures on dugouts at three baseball fields. That roofs were supposed to be done in house, but Public Works does not have enough staff, Falomir said.

The additional $39,900 will come from the same source as the initial contract — a several-years-old Measure H half-cent sales-tax bond already budgeted in the current fiscal year under capital improvement projects. The initial contract was awarded March 18.

Pacheco asked whether there would bleachers as part of the ballfield project. Dale said, yes, that those would be purchased later and installed in house. He said irrigation and lights are still to come.

“We’re getting close” to being finished, Dale said. “It’s going to be an elite park in the county when it’s done.”

To gain access to Calexico’s portion of state Senate Bill 1: Road Repair and Accountability Act funding for road-infrastructure projects, the council unanimously voted 5-0 to adopt a resolution identifying a list of projects that would be funded through the gas tax.

The resolution was for an estimated total of $796,987 for the three projects in fiscal 2020-2021, which starts July 1. The projects are for improvements at Weakley and Scaroni roads and for the widening of the Second Street bridge, according to a report to the council by Falomir. Construction on all three projects would occur in 2021.

The Weakley Road project involves a section of fully rebuilt streets and the installation of curbs, gutters and sidewalks and traffic controls and utilities relocation in the northern section of the city. Weakley is an east-west lateral road between Cole Boulevard and Camacho Road just west of Highway 111/Imperial Avenue.

The same type of work is slated for Scaroni Road, a north-south lateral that runs just parallel and to the immediate west of Highway 111/Imperial Avenue, also around Cole Boulevard in the northern reaches of the city.

The Second Street bridge-widening is to expand the roadway and make improvements to the bridge where Second Street/Anza Road crosses the New River just west of the new downtown Port of Entry. Second Street in the southern part of the city runs mostly parallel (east-west) with the border west of Imperial Avenue/Highway 111. 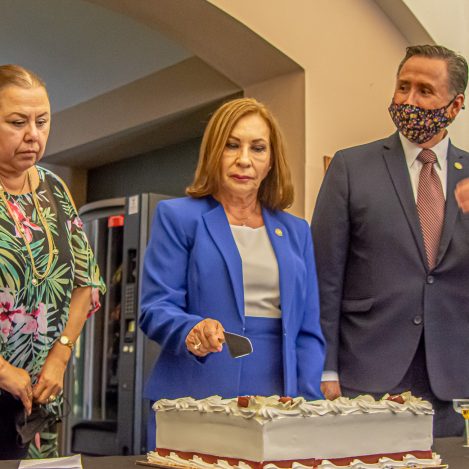