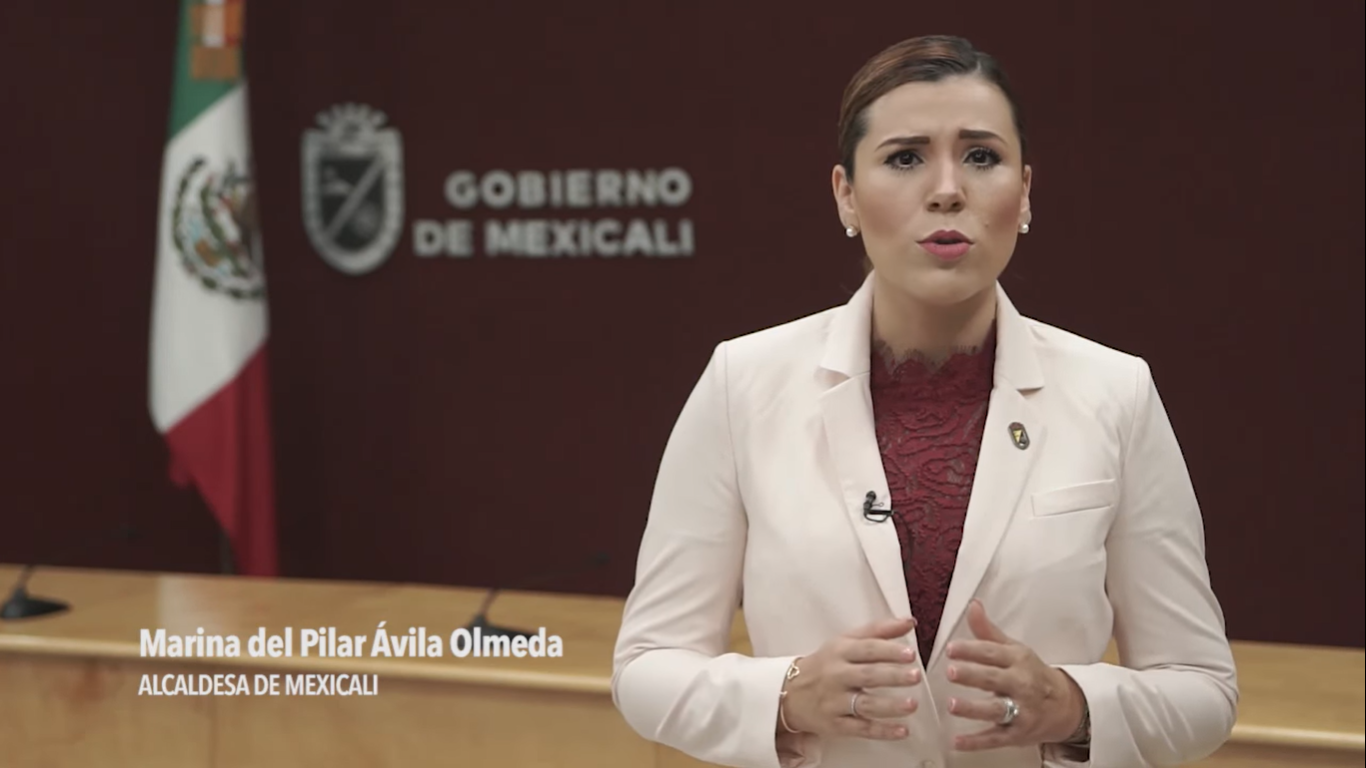 Mexicali Mayor Marina del Pilar Avila Olmeda speaks to Mexicali residents through a video message on the city’s official Facebook page around 4 p.m. May 22 announcing a number of stern measures meant to help slow the transmission of COVID-19 in the city of more than 1 million people. COURTESY PHOTO
Home
COVID-19
In COVID-19Regional News

A city of more than 1 million people essentially went on lockdown late in the day May 22 when its mayor announced effective immediately the sternest measures yet to stem the fast-rising tide of COVID-19 infections that have reportedly overwhelmed much of the Baja California capital’s healthcare resources.

Around 5 p.m., Mexicali Mayor Marina del Pilar Avila Olmeda took to social media via video message to inform residents that everyone must be in their homes after 6 p.m. each day unless they have justification or are conducting essential business.

All markets and stores would be closed after 7 p.m., and main avenues and boulevards would be limited to one open lane each, she said in the video.

Additionally, the use of face coverings/masks are now mandatory, and only two people can travel per car, and that must be with proper justification, the mayor said.

The new security measures, which did not come with a timeline or expiration date, were due to the substantial increase in COVID-19 cases in recent days, which have left hospitals in the city with little space and caused Mexicali to be No. 4 on the list of Mexican cities with the highest number of COVID cases.

The mayor’s office stated the “government of Mexicali will do what is necessary to take care of the health and life of all citizens; we ask for your understanding and cooperation in this sensitive situation.”

Noticias Mexicali announced a few hours later the list of major streets that would be down to one lane after 6 p.m. each day.

The limited closures include:

Meanwhile, an Imperial County official confirmed late May 22 that del Pilar Avila Olmeda and Nezahualcóyotl Jáuregui, a member of the Mexicali City Council, along with Mexicali emergency operations personnel were in the Imperial Valley on May 21 to attend a binational COVID-19 meeting at the County Administrative Center in El Centro.

The Mexicali officials met with their Imperial County counterparts to discuss a variety of shared issues, including an update on health conditions in the border cities, Imperial County District 1 Supervisor Jesus Escobar said May 23.

Del Pilar Avila Olmeda provided some updates on the dire conditions in Mexicali.

According to information posted to the city of Mexicali’s official Facebook page, del Pilar Avila Olmeda discussed plans and strategies regarding emergency services during the pandemic and medical equipment needs, among other issues.

She did acknowledge that all of the city’s many hospitals and clinics were nearing capacity, but not yet there, Escobar said.

State-run institutional hospitals were close to 100 percent full, but as of May 21 there was still a limited number of beds available, Escobar relayed. The hospitals included ISSTE (for federal workers), ISSTE Cali (for state workers), IMSS (for privately insured/business owners), and Hospital General de Mexicali (for the general public).

Escobar explained Mexicali has a complicated network of public and private hospitals, with many organizations operating many facilities, “considering it’s a city of 1 million people,” he said.

“Mexicali is much more densely populated than the Imperial Valley,” he added.

While Imperial County awaits the opening of the state-run, 80-bed federal medical facility inside Imperial Valley College’s gym for COVID patients early next week, a similar “pop-up hospital” in Mexicali is already in operation at Universidad Autónoma de Baja California through a public-private partnership, Escobar said.

Mexicali was reporting some 154 deaths related to COVID-19, 1,842 total positive cases, 293 positive cases pending confirmation, and 357 recoveries as of noon May 23.

Although no specific date has been set, Escobar said due to shared conditions along the border, he thinks there will be another binational COVID-19 meeting in the next two to three weeks. However, he could not be certain.

Earlier in the week, El Centro Regional Medical Center went on “divert” due to a surge of Mexicali residents with U.S. citizenship seeking treatment there, officials said. The “diversion,” which means the hospital was not taking any new COVID-19 patients, was due to the influx of ill that started arriving at the emergency room late May 18. The hospital went off diversion by the evening of May 19.

ECRMC Chief Executive Officer Adolphe Edward said earlier in the day May 19 via Facebook Live that reports May 18 were that all hospitals in Mexicali were full and no longer accepting COVID-positive patients, but ECRMC officials modified that message toward the end of the day.

“Patients presenting at the emergency room (were) reporting hospitals in Mexicali weren’t taking any more COVID patients. We have confirmed two of the private hospitals were not accepting additional COVID patients as of this morning. Keep in mind this is a very fluid situation, so what was true this morning, may have changed,” El Centro hospital officials stated in an email to this newspaper in the afternoon May 19.

Although he had no firm data available at the time, Imperial County Public Health Officer, Dr. Stephen Munday, told the county Board of Supervisors on May 19 that “there is a very difficult situation in northern Baja (California).”

He said Mexicali hospitals and emergency services were “overwhelmed,” supplies of personal protective equipment were exhausted and “overwhelmed,” and COVID hospitals had “turned people away, because there’s not enough capacity to help them.” 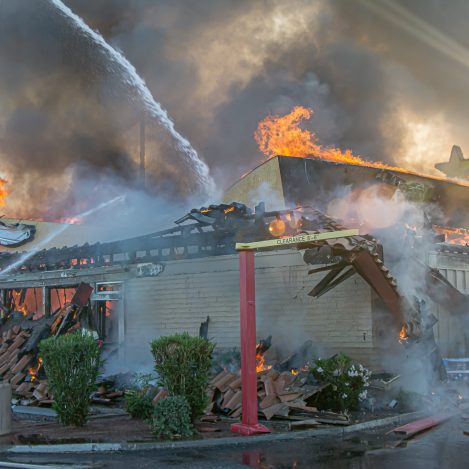