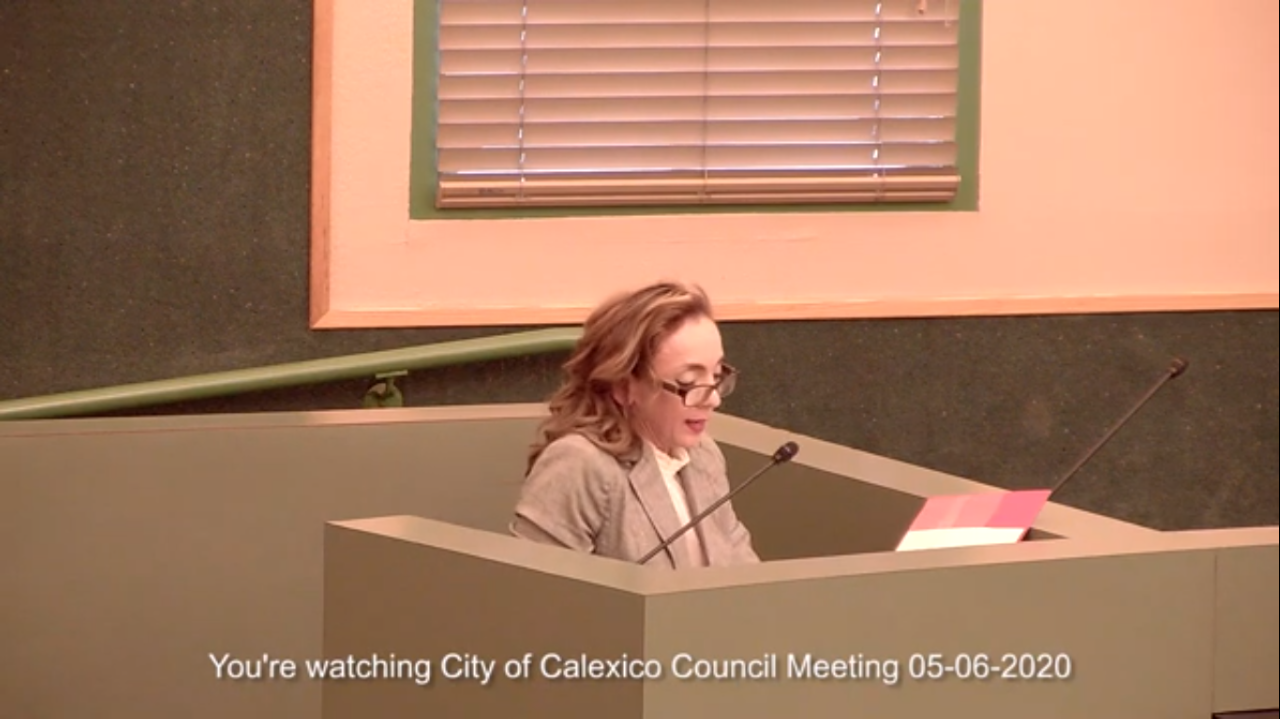 CALEXICO — For nearly an hour, Calexico Finance Director Karla Lobatos took the City Council on a guided tour of a “fiscally conservative” proposed 2020-2021 operating budget in the city’s first public vetting of the document ahead of the July 1 start of the new financial year.

“In the next couple of weeks, we will have budget workshops with each of the departments … representing their budgets, giving you their lists. … As you may well know, we are in a recession, so it’s a little bit difficult to project we will be doing any better,” Lobatos said May 7.

But, she said of the balanced revenue-expense-neutral total $107.84 million proposed budget, “It’s a doable, achievable scenario. It’s conservative, but it’s where we need to be.”

Already, the council had set a special meeting for May 13 to further discuss the budget, which occurred past this newspaper’s deadline. On the agenda were individual department budget presentations from police, fire and finance.

Meanwhile, Lobatos on May 7 took the council through individual segments of the overall budget, giving the most detail to the city chief operating fund, the general fund budget, which is proposed at $16.44 million and anticipates a slight dip in revenues for 2020-2021, based on sales-tax projections.

Lobatos told the council that consultants for the city think, once the pandemic ends and economic normalcy resumes, there could be an increase in projected sales-tax revenue of $250,000 for the proposed fiscal year. However, for now, the projections “are conservative projections,” she said.

There was some discussion among members of the council and Lobatos on projected general-fund revenues, including talk of ambulance fees and cannabis revenues.

“We’re trying, trying, trying, but we can’t get Medi-Cal or the state to change the (ambulance reimbursement) rates in our favor,” City Council Member Lewis Pacheco said.

Lobatos agreed, calling that a “sore subject” for the city and one that the city has been less able to work through since the pandemic began due to statewide offices being closed.

The issue is the Fire Department raised the ambulance service fees for the city well over a year ago, and while private insurance companies recognized the elevated rates, state agencies do not, as the amount they will reimburse is capped by the Legislature.

With cannabis, Lobatos said the city is “still not being overly optimistic.”

She said, “We do have a few stores open,” but all acknowledge the city has been burned during the past two fiscal budgets with inflated projections of cannabis revenue that never materialized. The proposed budget has a conservative estimate of $150,000 in cannabis revenues.

Although many areas were discussed in general overview, it was expected the numbers would change somewhat as individual departments and city officials make budget augmentation requests or suggest cuts. Lobatos said after the budget goes through various workshops and committees, the council will likely get it as a near complete document to vote on June 3.

One area worth noting in detail was where Lobatos spoke of full-time equivalent staffing. The city has said before it has the full-time equivalent staffing of 143 city employees. While that number was not immediately seen during the May 7 meeting, Lobatos said current FTE staffing levels would remain unchanged for the third year in a row due to financial constraints.

She said the city is better off than it was five or six years ago, but no new FTE positions were being added to the proposed fiscal 2020-2021 budget.

Once again, Calexico City Manager David Dale reiterated the importance of having a thorough budget-building process so early in comparison to year’s past.

“We want to be as transparent as possible in this process to rectify last year, where we pushed the thing through due to time constraints,” Dale said previously.

Even though the city is currently running a budget that will finish the year nearly $700,000 in the black despite sales-tax losses and program-fee losses directly related to the COVID-19 pandemic, the city is still looking to come out on the plus side after a negative-$4 million general-fund balance in 2016 that saw austerity measures put in place that continue.

In late 2019, after the city had received the seven poles on top of which grant-funded lighting would be installed for the dark baseball/softball fields, it was discovered the water table was too high in the basin and that additional engineering would be required to properly set the pole bases in place.

After the city was able to secure an additional $10,000 grant from the Imperial Irrigation District in January, which was on top of a previous $150,000 IID grant and free prep work the district did to get ready for the poles, the city did not have the added funding needed to pay for the base installation.

However, the city is allocating the cost of the installation from previously budgeted capital-improvement project funds.

The city received four quotes for the work, including two $100,000 quotes — one from Tom Watson Inc. and one from RADCO Inc. of Brawley, according to a report prepared by Dale.

The lights are to be installed and wired by electricians with the International Brotherhood of Electrical Workers Local 569 San Diego and Imperial counties, who IID officials persuaded to donate some of its local union electricians time and skills.

Joel Reisen Park is named after the father of Calexico council member Morris Reisen. Joel Reisen was a Calexico pioneer and owner of the Tienda Del Army Surplus Store in the downtown.

Watch the Special Calexico Council Meeting Online Livestreamed May 13, the recorded special Calexico City Council budget meeting will be available to watch online on the city’s website on May 14 on calexico.thepublicspectrum.org/

Next
Homeless in a Pandemic: Where Have After All the Vouchers Gone?
Start typing to see results or hit ESC to close
Imperial County news Calexico Chronicle Calexico News Covid-19 COVID
See all results
More Stories 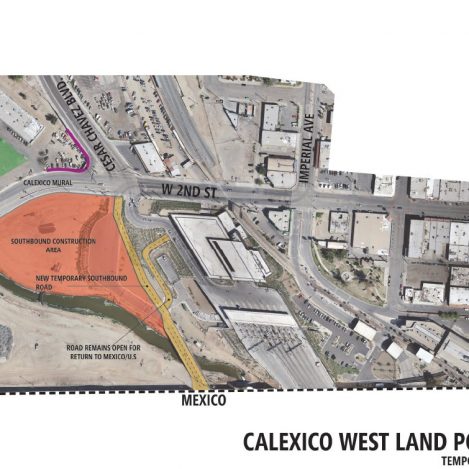