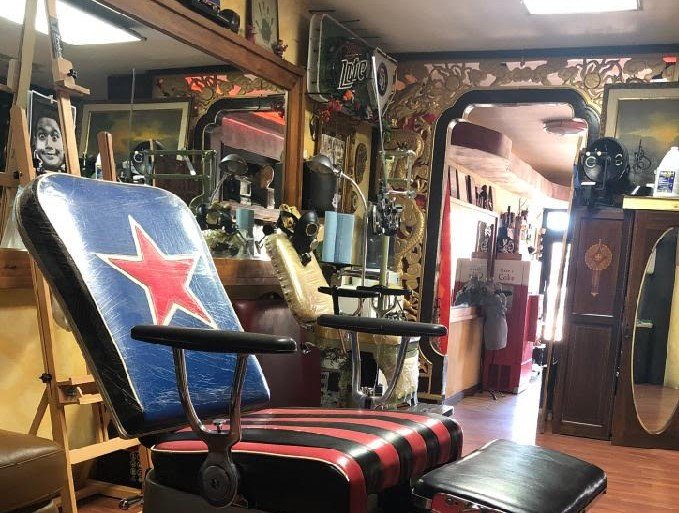 IMPERIAL COUNTY — Just days after El Centro passed a plan to re-open its businesses closed due to COVID-19 that included details and hard dates in contrast to state guidelines and Imperial County public health orders, Mayor Efrain Silva announced May 5 that a compromise was being worked out by city and county officials.

That compromise is to be revealed during a May 8 joint press conference.

“Soon, we will have a regional plan with the county of Imperial. More information is to come in the next few days,” Silva said at the May 5 regularly scheduled meeting of the El Centro City Council.

A source close to the issue told this newspaper May 6 that the county is agreeing to some of El Centro’s terms and resisting others.

Reportedly, all businesses would be allowed to re-open May 11 with physical distancing. Businesses included in phase II of El Centro’s original plan were churches, the city’s Aquatic Center, all city “retail and commercial businesses,” indoor and outside dining at city restaurants, nail and hair salons and barbershops, and massage parlors and tattoo shops, according to a document approved by El Centro on April 29.

However, after a meeting between El Centro officials and church leaders May 6, city officials said a new re-opening date would be announced May 8, following an announcement May 7 from Newsom’s office.

Phase III of El Centro’s plan, which does not have an implementation date, includes bars and entertainment venues, gyms and fitness centers, the return of public events, opening of the bowling alley, opening of softball and baseball fields, and opening of the city Public Library.

The source said May 6 that county officials were pressing for churches to be moved to El Centro’s third phase. The local church leaders and El Centro officials met to discuss how to implement physical distancing during services.

Another issue still being negotiated May 6 was what to do about nail and hair salons and barbershops. State cosmetology board officials sent out letters to those businesses this week threatening disciplinary action if businesses reopened before getting the go-ahead from the governor’s office.

The source said county officials were to contact the state board. If the threats remained in place, it was not immediately clear how that would affect those businesses’ inclusion in the timeline.

As the first phase of El Centro’s plan, which was to start May 6, all businesses were to be allowed to take online orders or conduct curbside pickup. That date was delayed pending the May 8 announcement.

The fact that the two jurisdictions are working toward a compromise may be of some relief to El Centro businesses left in the dark and uncertain about how El Centro’s initial plan was to unfold.

E.C. Merchants Unsure How to Respond

Ricka Perez, owner of Inkredible Tattoo Studio in El Centro, was in a state of limbo after El Centro’s May 1 announcement.

Perez said he needs to open his business to meet financial responsibilities to his family and employees, but at the same time he said he is fearful of getting his employees, customers, and himself sick.

“As a business owner, (Inkredible Tattoo Studio) is my main source of income, and of course I want to open, but it is safe or not? I am going with the health department because they give me a license. Without that license I cannot practice. Those are state rules. The city just gives us a business license,” Perez said May 5.

An inspector from Imperial County Environmental Health, a subdivision of the Imperial County Public Health Department, called Perez on May 4 to tell him not to open under the consequence of a fine.

“I already did everything in terms of sanitization that all other businesses are just starting to do because of the epidemic. The only difference is the mask,” Perez said, referring to the already-stringent health regulations licensed tattoo parlors are under.

The tattoo artist pondered whether it is appropriate for him to reopen at this time.

“If Imperial County officials allowed me to open today, I would have to take some time to think about it first.”

Perez has customers calling him daily and said if he were able, he would follow precautions similar to what barbers are taking — one employee and one customer in the business at a time.

But barbers, like tattoo parlors, have been deemed nonessential businesses, and both are under state orders to remain closed until state or local health orders are lifted or eased.

At the Barber Shop(s)

Sergio Verduzco, owner of Clip Em Up Barber Shop in El Centro, is ready to open his business. He is already keeping his doors open at the most minimal levels, which is in defiance of state orders.

“We alternate days between our employees. Only one barber gets to work each day. When clients come to the barber shop, we only have one customer in the store at a time and people waiting for their appointment have to wait outside,” Verduzco said.

Many landlords are working with their lessees to find ways to be flexible about getting the rent paid. Verduzco spoke about the agreement he made with his landlord.

“My landlord said she is going to work with me. If I get behind on the rent, she will let me make payments towards the rent throughout the rest of the year without interest or late fees,” he said.

Verduzco takes offense to being labeled as a “nonessential business.”

“Who can decide who is essential and who is not? I don’t think that people washing rims at the carwash are more essential than a barber shop. If we don’t stand up, they’ll just continue to sit us down,” Verduzco said.

Verduzco spoke about the extensive sanitization training and the more than 1,500 hours of training overall that all licensed barbers must undergo.

“Licensed barbers already know what to do when it comes to sanitization and how to keep a clean station,” he said. “We learn all about blood and virus in school … at least more than anyone serving doughnut holes and tea.”

Romero pleaded with City Council members to allow his businesses to re-open. “It’s a hard thing when you open up a business and you are striving to provide for your family. I want to open back up. When people get a haircut, they feel better. I have clients that see me once or twice a week because they have a grooming standard they have to maintain,” Romero told council members.

The city announced its sped-up timeline during its weekly Facebook Live COVID update meeting May 1. The decision to establish dates and what levels of businesses could open was approved by a 4-0 vote of the council during an April 29 special meeting in closed session.

Council member Edgard Garcia was absent, but council members Jackson, Viegas-Walker, Silva and Tomas Oliva presented a united front, according to a member of the council who spoke to this newspaper the morning of May 1 on the condition of anonymity.

“We have been discussing this topic for quite some time and have been working with our local healthcare professionals and working with data,” Viegas-Walker said during the Facebook Live meeting a few hours later.

Silva said the effectiveness of the city’s plan depended on the citizens of El Centro.

“The success or failure of our plan is going to be based on our businesses. If they do not want to open, they don’t have to. I’m going to trust our businesses do the right thing,” Silva added.

El Centro closely coordinated its efforts to re-open with data from El Centro Regional Medical Center. Fire Chief Ken Herbert said he used hospitalization rates at the medical center to justify the fact that rates of COVID were stable or stagnant, a measure by which the U.S. Centers for Disease Control and Prevention was using to determine whether communities should move forward with easing restrictions.

CDC’s recommendation to the states to re-open initially dictated that the rate of infection had stopped increasing or became stagnant for two weeks.

“If you take the suspected COVID positives and positives in the ICU at ECRMC and go backwards 14 days, the number is 12. Today that number is 13. This demonstrates the bell curve is non-existent,” Herbert said May 1.

To put that in further perspective, though, ECRMC Chief Executive Officer Adolphe Edward said during a live community update May 5 that there was a total of 39 COVID-positive patients admitted to the hospital, the highest number seen at ECRMC so far since the outbreak. He said that is even high by regional standards when comparing to San Diego County hospitals.

In addition to Herbert’s medical justification, City Attorney Elizabeth Martin Evans spoke to the legality of El Centro’s plan on May 1.

“The city of El Centro has been looking at its legal authority since the day this began. We are confident that the plan gives clear authority for local entities in a manner that supports its community,” Martin said.

“Before moving forward with phase II of the plan, we will be sure that the authority to move forward still exists,” she added May 1.

Even before the May 1 meeting convened, the county had already issued a lengthy and strongly worded statement taking exception with the city’s plan, calling it a “unilateral” decision that did not take into account the Public Health Department.

Herbert said of working with the county during the May 1 meeting:

“The Imperial County manages resources on a county level and is responsible for logistical needs. We (the city of El Centro) have been operating as a liaison to county since the epidemic started,” he said.

Expressing frustrations about getting accurate data from county representatives, Herbert added, “I hope communication flow with the Imperial County continues. We are all professionals, and all have the same goal. We are going to have disagreements, but that does not mean we are going to stop working together.”

“It is the numbers for the Imperial County that really matter not statistics from individual hospitals. We look at other data that includes things like numbers of ventilators and many other tests,” he said. “You can’t just use a single number or one seven-day period. It is clear that you have to watch the shape of the curve.”

During the press conference, CEO Rohoutas struck both a conciliatory and defiant tone when speaking about El Centro.

During a separate interview May 4, county Supervisor Jesus Escobar told this newspaper, “I am disappointed that they’re (El Centro) doing their own thing without coordinating with state officials or the county.”

When asked about El Centro plans to enforce “physical distancing” on its businesses, Escobar spoke frankly.

Escobar said he empathizes with small business owners; he is one. His said his record has long shown his bent toward job creation and economic development, but he has seen the toll this pandemic has taken on friends and family members.

“When there’s lint in your pocket, you start getting desperate. … You’re hurting, you’re strapped for cash. I can understand that frustration and frailty. It’s not that I don’t empathize, but this is serious, and the city of El Centro is acting out on its own,” Escobar said. 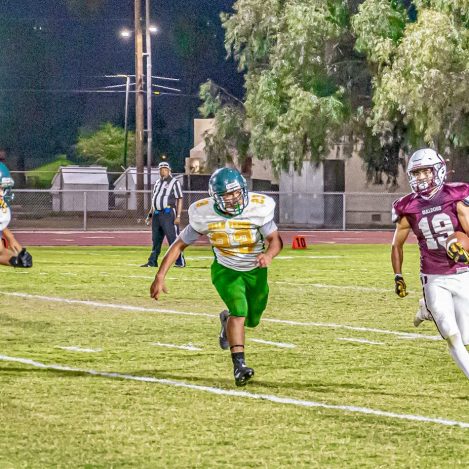