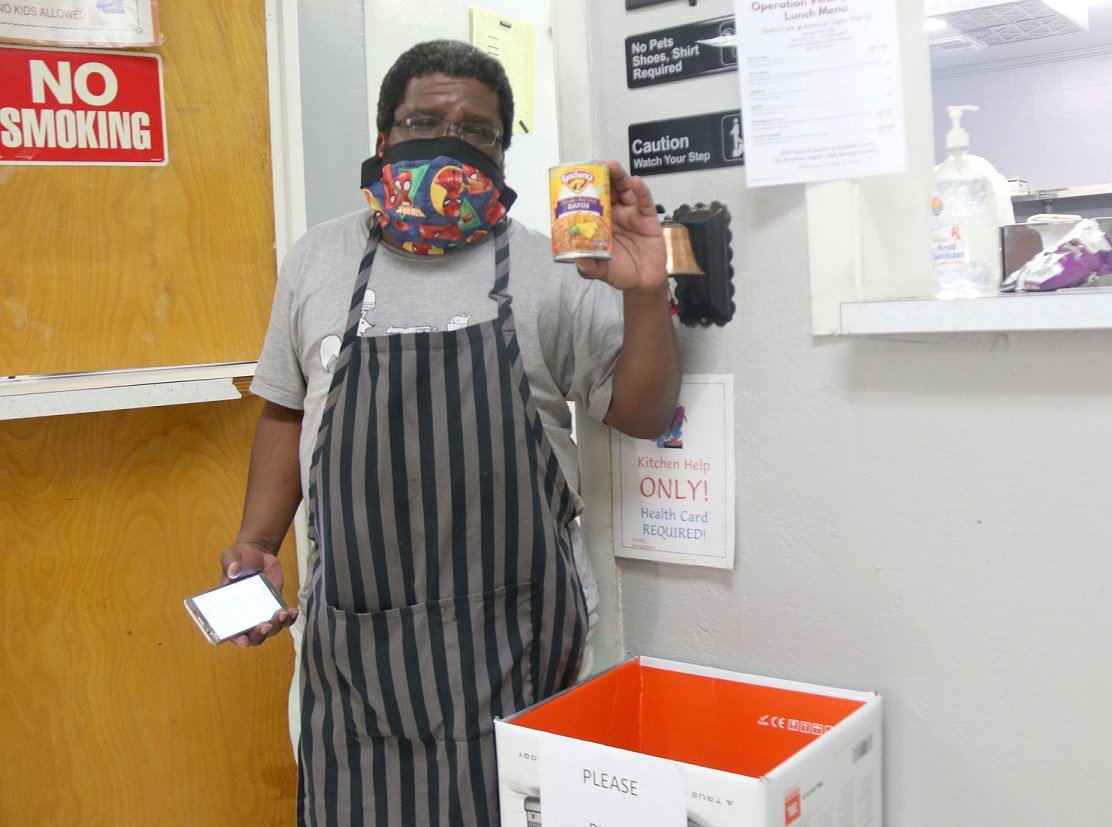 Eric Kirby, former deck seaman on the USS Peterson, a destroyer based in Norfolk, Virginia, holds a canned good intended for Area Agency on Aging in the remodeled kitchen area of the American Legion Boyce Aten post in El Centro on April 27. | WILLIAM ROLLER PHOTO
Home
Business
In BusinessRegional News

The newly re-opened kitchen at the American Legion post began serving its steak dinners starting at 6 p.m. April 24 as takeout orders only. The takeout orders are all part of a soft opening of the post’s kitchen, which underwent an extensive remodel and re-opened for business April 20.

“Now is a good time for a soft opening. Now, more than ever, we need to reach out to veterans, help them lighten up. We need to laugh at something, especially with something like COVID, when it’s beyond your control, so we’re trying to relieve the isolation,” said Tracy Rascoe, Post 25 executive board member and junior past department vice commander for American Legion Area 5.

Through a $50,000 grant from the Imperial Irrigation District in November 2019, the Boyce Aten post underwent a complete reworking of its kitchen that just wrapped up this month.

“We decided to do this now because the kitchen is older than myself, and I’m 57,” Rascoe said. “It was so hazardous, it was a danger to light up the stove.”

Along with a new stove-oven with a better flat-top griddle, new char-broiler and a new microwave, the grant funding also purchased a much better exhaust hood that has proved critical to the legion’s all-volunteer kitchen crew.

“The old one was smoking up the hallway,” Rascoe said. “And we got a new 10-ton air-conditioner because of the extreme temperatures in the kitchen. We had to set up a cooling station for our volunteers, and we’re entirely dependent upon them.

“Some had come to us and said, ‘I can’t do this anymore.’ And it’s our volunteers who help keep the Friday night dinners fairly cheap,” he added.

The Post 25 kitchen is also known as “Grams’ Café,” thanks to the generosity of the late “Sarge” Grams and his widow, Ollie, who donated $25,000 to the post not long before Grams’ passing in 2017.

In addition to the work done in the kitchen, Boyce Aten post already began renovations to its flooring in the dining area, hallway and bathrooms.

Veterans Step Up to Plate, Too

The post is more than just a getaway for veterans to relax, since part of the reason for its existence is to engage the community and make it a better place to live.

With the reopening of the kitchen and Friday night dinner service comes the ability to help the elderly in the community, Rascoe said.

Since the COVID-19 outbreak, with shelter-in-place guidelines, it can be difficult for the elderly to feed themselves. The Area Agency on Aging has been delivering meals to 1,000 seniors throughout the county, but Rascoe said the AAA needs help, and the post wants to provide that help.

“That’s a lot of food and more people need assistance,” said Rascoe. “So, when (seniors) shop, if they can shop at all, they could still use our help. So, we made an offer to our Friday night diners. For anyone who brings a nonperishable food item to donate (rice, beans and tomato sauce are the most popular), we discount our $15 dinner to just $12. And with steak, baked potato, salad, green beans and roll, it’s a pretty good deal.”

Mike Lizarraga, Post 25 commander, explained resources from the dinners not only go back to sustaining the post but to perform civic projects, such as Operation Victory Virus, which produced hundreds of surgical masks to distribute to the county during the pandemic.

While Boyce Aten Post 25 strives to make itself inviting to veterans as well as welcoming the public on Friday nights, the aim is to create an uplifting atmosphere.

“When you get out of the military, you can’t get away from the camaraderie we acquire in boot camp,” Lizarraga said. “We’re all a part of America and feel a sense of duty to give back to the community. But we’re really interested in going live again (after physical distancing is modified).”

Lizarraga noted once the economy opens, the legion wants to generate resources so it can support Boys and Girls State (simulated governments run by students) and helping organizations like AAA.

Rascoe agreed the post is all about service to the members and the community at large. He wants people to know the American Legion in El Centro is more than merely a dining hall and lounge for veterans. “It’s a wholesome environment we created for the community, our members and the public,” Rascoe said. “They can go anywhere to dine, but we want to provide a space for veterans, their families and their guests to relax.” 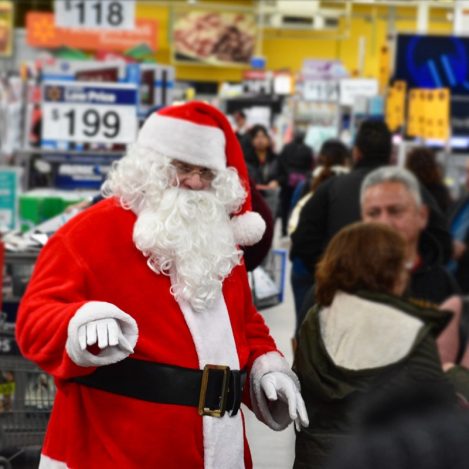