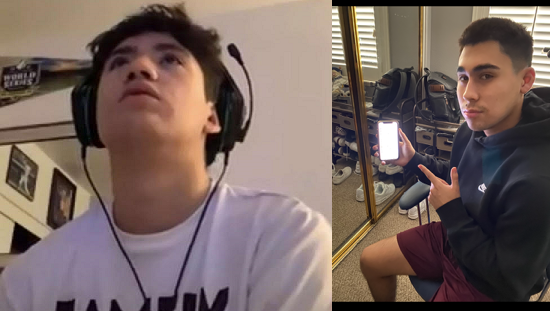 An Unconventional Ceremony for the Graduating Class of 2020

IMPERIAL VALLEY — With graduation looming, many local high school seniors and college students are still unsure about what will happen on the culminating day of their educational careers as they remain at home and faraway from fellow students during this COVID pandemic.

Calexico High School Principal Gabrielle Williams-Ballesteros has been proactive in figuring out the best alternative for her seniors’ graduation ceremony.

On April 24, Williams-Ballesteros held the most recent meeting with 12th-grade students and their parents to present and discuss the plan for graduation. This was the third in a series of Zoom meetings with more than 200 parents in attendance.

“It was well received. Based on the staff, parent and student feedback provided during the meetings, a decision was made to conduct a virtual graduation,” said Alejandra Limon, public information officer for the Calexico Unified School District.

Meanwhile, not all schools or districts have decided on how they are handling things.

In Holtville, High School Principal Anthony Arevalo said his school is still on the fence.

“The best scenario is that we will have our traditional graduation ceremony, and there are still a few other high schools in the Valley holding out for that. Our biggest hope is the governor lifts his mandate on gatherings of 10 or more, Arevalo said.

Local school administrators are utilizing a joint document through the Imperial County Office of Education that all the schools are using to share information on grading, graduation and other COVID-related issues.

Several different scenarios for graduation have been proposed on this document, Arevalo said.

“I attended one of the meetings. It was good. The school staff and administration got to interact with students and parents. We got a lot of questions answered,” he said.

The virtual graduation ceremony is “something to keep us busy and have a little bit of fun at home. I feel like it is a smart way to do things because we are not allowed to be close to one another,” Reyna said. “The graduation will be a good way to catch up with friends and honor the hard work we’ve done. Something is better than nothing.”

Derek Lopez, also a Calexico senior and Reyna’s teammate on the varsity basketball team, attended two Zoom meetings, but he isn’t so sure about a virtual ceremony.

“I don’t think I am going to participate in virtual graduation and several of my friends feel the same way,” Lopez, 18, said. “We don’t feel like we have any interaction with the ceremony. It’s going to feel like we are watching a video on YouTube.”

Lopez said there were some angry comments in the online comment section on Zoom by students who didn’t agree with the virtual graduation.

Calexico High School has opted to hire a professional filming company to pre-record each aspect of the graduation ceremony. Selected students will present speeches, as will district and site administrators, according to the district.

Williams-Ballesteros will then present the class of 2020 via pictures highlighting each individual student.

Students will be able to submit a quote to be showcased along with their picture during the pre-recorded graduation ceremony, district officials said.

A video of the pre-recorded event will be presented to all families of Calexico’s graduating class on June 11 at 7 p.m. via a link that will be provided. All graduating students will receive a recording of the graduation.

In addition to the virtual graduation, each senior will also receive a sign to place in their yard announcing that they are a “Class of 2020 Graduate.”

“As a tribute to all graduating students, the lights located on Ward Field have been turned on daily from 8 to 8:20 p.m. and this will continue until the virtual ceremony takes place on June 11, 2020,” Limon stated in an email.

Other events, such as the possibility of a virtual prom, are also in the works.

“During this unprecedented time, we continue to focus on the safety, health and well-being of our students and feel that a virtual graduation complies with the current ‘Stay at Home’ and ‘Social Distancing’ mandates that are currently in place,” Limon stated.

“Some schools are opting for a virtual graduation ceremony. The way I understand it is, the principal will start with opening words, when they transition into the graduation ceremony, they will have a photo of the student along with a short profile of what the student wants to do in the future,” Arevalo said.

“So far, I heard Calexico is going that route. Some schools have been talking about a car-line parade, where students drive around the city and the parade ends at the high school, where the students are given a diploma.”

Holtville High’s principal shared a few more options that are on the table for graduation.

“A military-school set up a (graduation) ceremony where all students were six feet apart. Another option is having a small graduation for 20 students each. We would have to set up time frames for people. This option is a little more challenging on the organizational side and only two people come per family,” he said.

Arevalo is in close communication with senior advisors and will run a survey among students to see which graduation option they would prefer. The principal also noted,

“Students are oddly coming up with a bunch of their own ideas,” the Viking principal noted.

In terms of committing to a date for the seniors’ big day, Arevalo said, “I don’t have a definitive answer yet of what our graduation will look like. There isn’t a day we come to work where we don’t think about it and think about how our students feel.

“We are taking it day by day. If you were to ask me, I would say we will make the decision some time mid-May in time for our board meeting,” Arevalo added. “We will make some type of joint decision considering what the students want and their safety.”

San Diego State University-Imperial Valley campus in Calexico announced on its website that it has postponed its commencement ceremony to December.

Officials from the Calexico campus were unavailable for comment for this story.

“May and Summer 2020 candidates will receive diplomas by mail approximately six to eight weeks following the end of their respective semester if all degree requirements have been met. December 2019 graduates have already received their degree and diploma,” the announcement continued. No information about Imperial Valley College’s graduation could be found on its website, and officials at the community college did not immediately return requests for information. 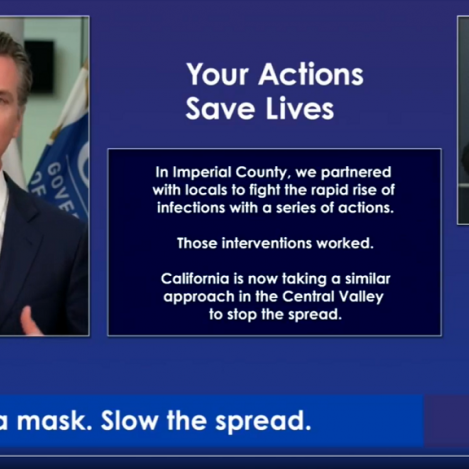