IMPERIAL COUNTY — As local and state officials begin to have discussions on when and how to slowly emerge from stay-at-home orders and other mandatory distancing measures, the number of cases of COVID-19 infections continued to escalate in Imperial County and in Mexicali, home to more than 1.1 million people.

Imperial County saw one of its largest two-day surges in the number of positive cases when county Public Health Department data revealed those who have tested positive went from 175 on April 20 to 214 total cases on April 22 — a 39-case jump.

There was also a sixth fatal case reported April 22, making that three deaths in three consecutive days after the number of fatalities attributed to the virus had been holding at three for more than a week, according to county Public Health information.

The latest death was a middle-aged adult with no known underlying health conditions, a county press release stated.

The fifth case was an elderly patient formerly hospitalized in Baja California with multiple underlying health problems who was transferred to a local healthcare facility, where they died, the county stated April 21.

In the fourth case, yet another elderly patient succumbed to the virus, where “it was unclear if underlying health conditions were a factor,” officials reported April 20.

In all three cases, no additional details were made public.

Meanwhile, the number of cases in Mexicali, which local health officials say have a direct influence on what is happening in Imperial County, are rising at what is thought to be a higher rate, although it has been difficult to get a true assessment of conditions in the Baja California capital city, or throughout the Mexican border state in general.

The numbers seem to be the only hard information readily available from Mexicali, where the state of Baja California website listed 364 confirmed cases in Mexicali, with 36 deaths reported, and 157 suspected cases of COVID pending confirmation, as of the morning of April 23. Throughout Baja, there have been 133 deaths and 975 confirmed cases.

“We are ascending in Imperial County” in number of COVID cases, as is Mexicali, said Marian Fierro, an epidemiologist with county Public Health Department, during an interview April 21.

Fierro works directly with the Secretariat of Health of Baja California, Mexicali jurisdiction, and has daily contact on “binational cases,” meaning she shares information and tracks COVID cases in which an individual might live in Mexicali and work in Imperial County, and vice versa.

“But the Baja public health office is to release a report in the next week or so. We’re all anxious to see what it’s going to say,” Edward said. The report had not been released as of this newspaper’s deadline.

If Mexicali’s needs are any indication, an association of the city’s hospital system began an equipment drive April 19 in which they were requesting donations of personal protective equipment and medical equipment, Edward said.

“They’re short of everything,” Edward added.

What Do We Know About Mexicali?

This newspaper has made multiple inquiries into what is happening in Mexicali, both in the healthcare system and on the ground.

Mexicali city government spokesperson Edgar Rodolfo Covarrubias Quintana assured a reporter he would respond to a wide range of questions sent to him, but after several days and multiple requests for an update, he had yet to answer by deadline April 22.

Fierro said Mexicali public health officials have claimed they expect the number of cases of COVID to peak during the first or second week of May, but she said there has been no evidence to back up those assertions.

She said, comparatively, predictions of “peaks” are not something generally made in assessing COVID in the United States. “There is no prediction on a peak here,” Fierro said.

Meanwhile, loosely sourced media reports on both sides of the border say clinics and hospitals in the city are at capacity as officials in Mexicali lack adequate testing capabilities, equipment and PPEs. There are also discrepancies on whether the true number of COVID-related deaths are simply being misclassified.

“In Mexico, they have really struggled with resources and struggled with testing, more than we have,” said Imperial County Public Health Officer, Dr. Stephen Munday, during a press conference April 20.

Escobar, who represents and lives in Calexico, added he has heard many of the deaths being recorded in Mexicali that should be attributed to COVID have been classified as pneumonia or flu.

“It’s like a ticking timebomb,” he said of conditions south of the border.

Edward already mentioned that Mexicali needed donations of equipment and supplies. Yet hospitals and others on this side of the border are still concerned with their own needs, he indicated last week. ECRMC would not be contributing to the equipment drive, Edward said April 17.

Due to coronavirus conditions on both sides of the border, Mexicali resident Angie Rebollar is arguably putting herself and her unborn child in harm’s way daily as an essential worker allowed to travel from her home to her job at Brawley’s Vision Care Center.

Six months pregnant, the 29-year-old could not say whether viral conditions are worse in Mexicali than they are in Imperial County. However, Rebollar said April 20 that the lockdown measures in place in Mexicali are sterner, and more strictly enforced by authorities there.

For a couple of weeks, checkpoints have been set up around Mexicali between the hours of 6 and 10 p.m. to educate residents and encourage them to go home unless they are performing essential functions or are essential workers.

“I go through the informative checkpoints almost every day when I go home. They ask people questions, but when they see me in uniform (medical scrubs), they let me pass. They hand out pamphlets to stay at home that say this is going to be a difficult couple of weeks,” she said.

But “if people are out doing non-essential stuff, they will be more aggressive giving you tickets. They are also checking if you are wearing a mask in the car,” Rebollar added.

Rebollar said she thinks Mexicali officials are taking stronger actions to prevent the spread of COVID than officials in the Imperial Valley.

“The government response is a little more ramped up than it is here in Imperial Valley. People are wearing masks because police are giving out tickets and pulling people over. If you are out on the street for non-essential reasons, the police will ask you why you are out, and if it is not important, they will escort you home.”

“At the beginning, grocery stores were empty. Now grocery stores have signs limiting the number of items you can buy. Things like gardening supplies are banned because they are non-essential. The only things you can buy are food and cleaning items. They put tape over those (other) items with a note saying that it can’t be bought,” she said.

“This is a global pandemic. It is not anyone’s fault. All we can do now is follow orders from government administrators to help get things back to normal as quickly as possible,” Rebollar said.

El Centro Regional had its highest percentage of hospitalized patients infected by COVID since the pandemic began, at 24 percent of all the patients tested in the facility on April 21, Edward reported through Facebook Live that morning.

The hospital has been experiencing its own surge in patients since the Easter holiday (April 19), he said.

Twelve to 14 coronavirus patients were in the hospital, as of April 21, with one to five COVID-positive patients being seen in the emergency room over the last few days, he said.

Still, Edward said the hospital was doing well in terms of bed capacity and equipment. As an example, he said that seven ventilators were in use on COVID patients of a total of 26 machines available.

Conditions at the county’s northernmost hospital, Pioneers Memorial in Brawley, were not immediately known.

Too Soon Too Ease Up?

Even though discussions have begun about easing up on local restrictions, nothing is set in stone. All local stay-at-home orders, social-distancing mandates, business closures and other preventative health orders will remain in place until further notice, Health Officer Munday said April 20.

Imperial County has not “moved past the peak yet,” Munday said.

While local public health and medical officials agree the curve flattened in California before COVID could crush the state’s available resources, it is still too early to talk easing up on restrictions with an X factor like Mexicali looming large a few miles south.

Although the federal government has issued guidelines to the states for “re-opening America,” just a few days ago, the U.S. State Department extended travel restrictions on the borders with Mexico and Canada for another 30 days at least.

While Munday has been tight-lipped to talk about Mexicali’s conditions, he did comment about lifting his local orders relative to what is happening not just in Mexico, but from all sides.

“I’d be reticent if I weren’t going to take into account what’s happening on the other side of the U.S.-Mexico border,” Munday said. He added he would take into consideration conditions in San Diego County and Yuma as well.

“We need to see the behavior of the virus,” she said.

“At this point, we cannot say it is appropriate to lift the stay-at-home orders,” Fierro said. “It’s too early at this moment.”

Certainly, Supervisor Escobar understands the need to get America’s economy moving again, but at what cost, he wondered.

“I support a phased in approach, but the dynamics for Imperial County and San Diego County is, a six-foot fence or a 10-foot fence is not going to protect us from coronavirus,” Escobar said April 21.

“Whatever happens on our end is affected by what happens a couple feet south, depending where you stand,” he said.

“The borders are not immune to disease,” ECRMC’s Edward added. 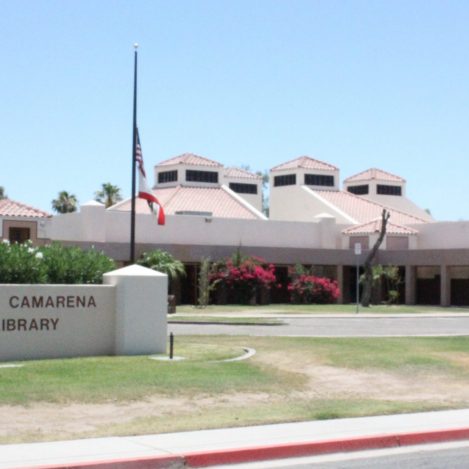