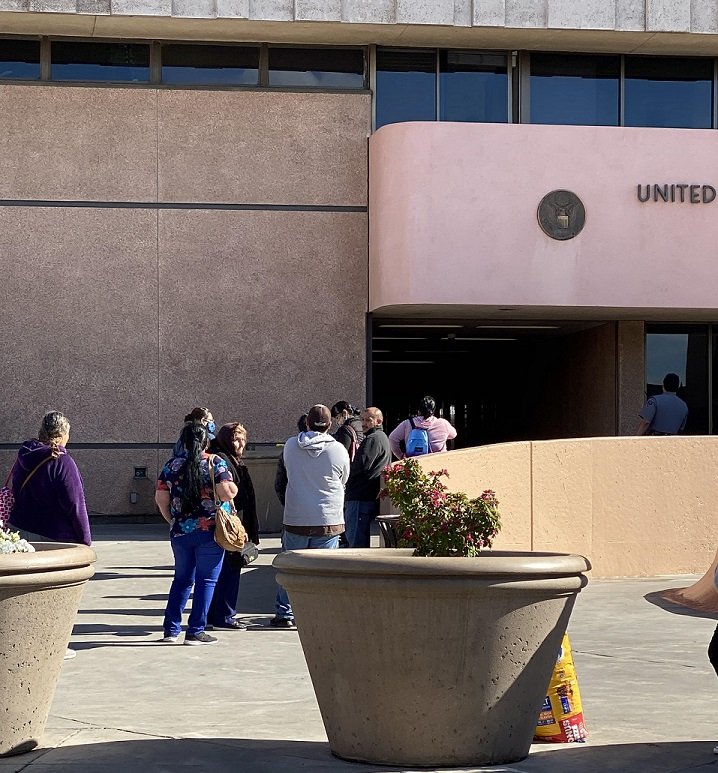 Mexican nationals awaiting to get into Mexicali through the downtown Calexico port of entry are backed up to First Street around 4 p.m. April 9. Calexico police were called to the scene after it was reported the crowds were not practicing mandated social distancing, police said. Apparently, Baja California state health officials started screening pedestrians heading south for signs of COVID-19, Calexico Police Chief Gonzalo Gerardo said. | PHOTO COURTESY OF CALEXICO POLICE
Home
COVID-19
In COVID-19Local News

CALEXICO — Baja California state public health officials reportedly began screening southbound travelers for signs of COVID-19 on April 8 while in the pedestrian line at the downtown Calexico port of entry, causing the line of Mexican nationals to back up to Heffernan Avenue, a Calexico police official confirmed.

Those standing in the backed-up line along First Street, from the downtown port to around the bus stop on Heffernan, were not practicing social distancing, and that is why police were called, Calexico Police Chief Gonzalo Gerardo said April 9.

Initially, Gerardo was told Mexican customs officials were doing the screening, but his sources on the U.S. side of the port of entry told the chief earlier this week that Baja California state public health officials had set up a tent and were screening people for three days, Gerardo said April 14.

The Baja California officials were still on site as of April 14, but Gerardo said they had reduced their presence and were reportedly not scrutinizing the southbound travelers to the same degree they had been last week, when the line backed up several hundred yards.

“As mysteriously as they set up, they seem to be slowing down,” the chief explained this week.

“In another week, we should know whether it’s going to happen again,” Gerardo added April 14.

Gerardo was initially concerned that the backup would become a continual problem through the COVID-19 pandemic and had requested emergency funding from the Imperial County Emergency Operations Center to pay for traffic controllers or some type of immediate assistance to enforce social distancing in the line.

He ended up hiring four part-time traffic controllers to monitor the situation and remind those in line of social-distancing regulations, a cost he said he planned to get reimbursed through the Federal Emergency Management Agency.

The foot traffic back-up started between 2 and 4 p.m. April 8, and those in line were standing anywhere from several inches to about a couple feet apart, Gerardo said.

Social distancing, which is required in public according to Gov. Gavin Newsom and the county Public Health Officer, Dr. Steven Munday, usually means individuals are to stand about 6 feet apart.

While a federal travel advisory is in place for Mexican nationals crossing the border into the U.S., those who are here to work at essential businesses, such as in farm labor or at open essential stores and restaurants, can come into the country. 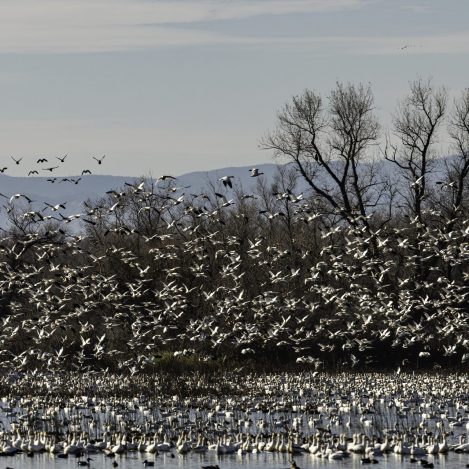 Drought Will Imperil Wildlife and People Along the Pacific Flyway