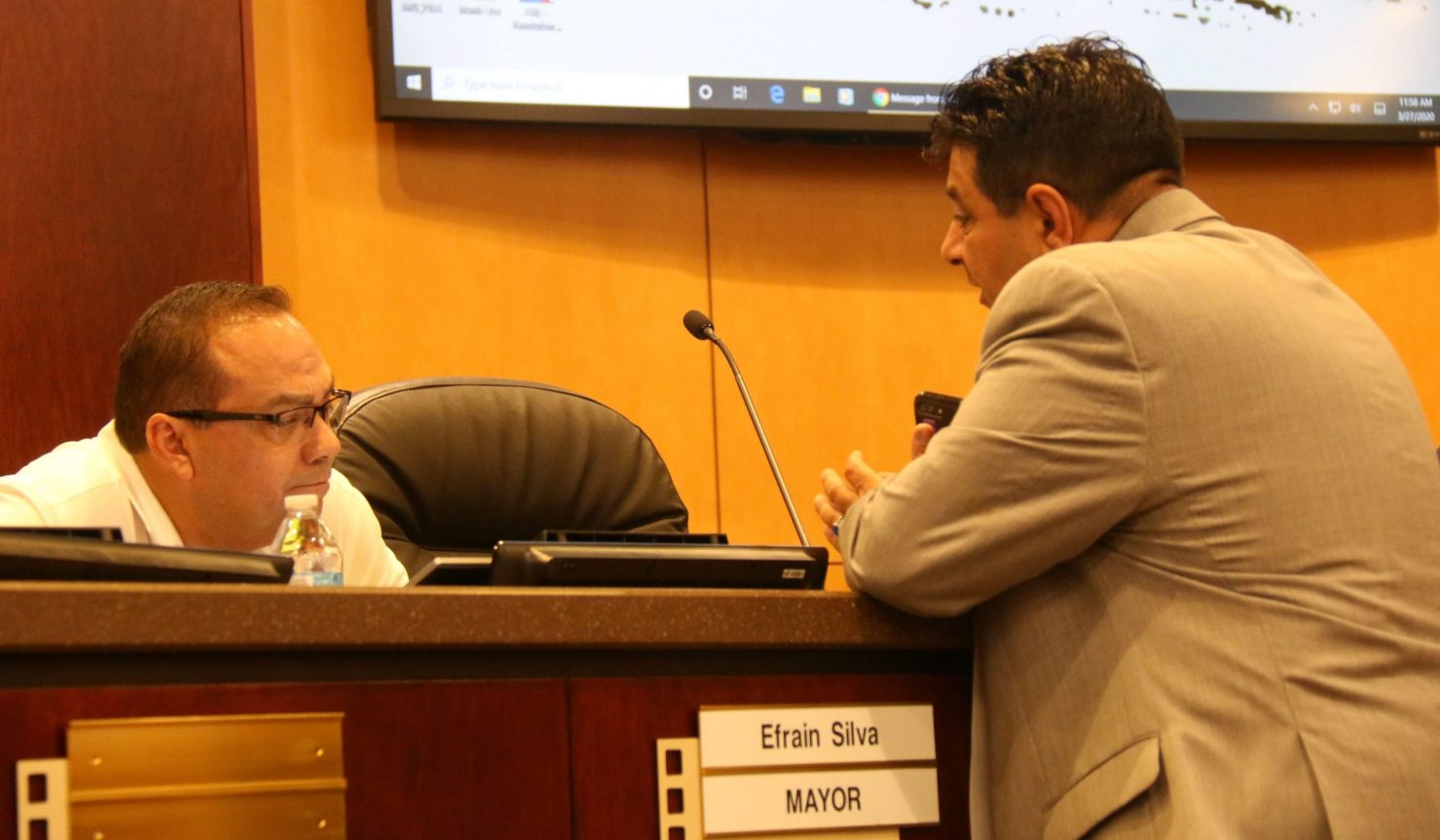 Calming COVID Fears: In Times of Crisis, the Message Matters

IMPERIAL COUNTY — As societal changes brought on by the coronavirus (COVID) pandemic have occurred at dizzying speeds, early in process, before whole communities in California were ordered to lockdown and businesses were forced to shutter, some local cities and agencies were more prepared than others to answer their communities’ call.

All have done well to share the X’s and O’s of the COVID-19 pandemic, that is, present medical statistics as they come, preventative health measures to limit the spread, changes to daily government practices, like where and when you can pay a water bill, and other information that can be collected as links on official government websites and through social media tools.

But reaching the people in a way that assuages fears and promotes calm during an unprecedented period of history takes a certain amount of tact, planning and marketing savvy.

“I suggested the first (special El Centro City Council) meeting because of the level of misinformation and fear in our community,” El Centro Mayor Efrain Silva said during a recent interview. “We knew that most of the information floating around was incorrect and created panic. We also wanted to create a venue where the community would hear directly from our officials and hospital and be able to ask questions directly.”

While El Centro clearly achieved in reaching out early and often, not everyone has had the delivery mastered from the start.

But even those who appeared to be lacking — the cities slow to take their messages directly to residents in new and creative ways, or unwieldy organizations trying to be nimble on the fly — have fallen upward, getting better with each day and each try.

As far as a coordinated, multi-media approach goes, it’s difficult to argue against El Centro and its city-owned hospital as the standard bearer.

The special meetings intended to provide the community with up to date local information on the state of preparation by the city and the hospital, Silva explained.

Mayor Pro Tem Jason Jackson added the council collectively brainstormed about how to get accurate information out.

“We we’re getting inundated with calls, texts and didn’t have the answers, so we decided to put on a special COVID-19 meeting,” Jackson said. “Our mayor showed leadership fielding real-time questions.”

The city, every Friday, fields questions in real-time through Facebook Live, and allows the experts themselves to answer those questions directly during the meeting.

“It’s vital to continue to meet every Friday until we come to the position where it’s no longer necessary,” Jackson said.

Perhaps less common, but more frequent, has been the ubiquitous presence of ECRMC’s CEO Adolphe Edward, whose calming manner and cheery disposition has made his twice-weekly Facebook Live updates delivering sobering medical statistics amid emergency conditions just down the hall from him even more impressive.

“The Facebook live videos came about after discussions between administration and the marketing team at ECRMC” over how to increase transparency during a trying time, explained Cathy Kennerson, hospital chief strategic officer.

“This is a collaborative effort with the mayor of El Centro, who is also a trustee on the hospital board, ” she said. “COVID-19 is a new virus and the experts are learning more about it as time passes.”

Kennerson noted not everyone is watching ECRMC’s Facebook Live programs, so they try to reach residents through a variety of tools, including other social and traditional media.

The city and hospital’s efforts have also been translated for their Spanish-speaking populations. On April 1, the City Council held its first coronavirus update meeting in Spanish. The council realized that a fair portion of the city was not getting the information as the council intended because of language barriers, Silva said.

“The information was the same information presented March 27 but presented in Spanish and Spanish-speaking residents also asked questions in real time,” Silva explained.

While county of Imperial government officials might not have been as webcam-ready as El Centro and its hospital, the county executive office, Public Health Department and Office of Emergency Services has been primed for this emergency and equipped to preserve the health and security of all of the county’s 183,000 residents and 2,300 county employees since the start of the year.

As the coronavirus slowly spread locally, the Imperial County Emergency Operation Center was established March 16. This provided a mechanism for departments, agencies and community stakeholders to determine resources needed to help their efforts to serve the public, Dale said.

Within the EOC, the county Joint Information Center releases information to the public via media releases, interviews, social media and the like, Dale said.

As the county has continued to refine its message delivery and how it presents information, one of the feathers in its cap so far has been the development of an online COVID-19 surveillance dashboard on the Public Health website.

The dashboard went live for desktop computers April 3, with a mobile version that followed the next day.

The county has also kept it old-school in some of its messaging as well. Rouhotas Jr. has started a weekly radio update on KXO 1230 AM on Friday mornings that first aired April 3 and will be rebroadcast on KXO FM, the KXO YouTube channel and social media pages.

“We all have questions as this is a new incident for our community to work through,” Dale said.

Calexico Mayor Bill Hodge said he has been communicating through Facebook Live since mid-March on the evolving information about the coronavirus.

“Calexico has a hotline through the Fire Department to answer concerns,” he said. “The police and fire department are doing virtually the same as El Centro.”

The city has continued to conduct its regularly scheduled City Council meetings online, but they have been closed to the public and have mainly focused around city business, not COVID-19 updates.

Yet the city was early to implement social distancing practices to protect its citizens and staff, closing public access to council meetings, passing resolutions to allow employees to work from home and addressing pressing concerns like assisting the city’s elderly population in dealing with their water bills, often the number one reason citizens visit City Hall, Calexico officials have said.

Calexico has continued to improve its messaging to citizens, established early that the Calexico Fire Department Facebook page and a prominent link on the city website home page would be the repository of instant updates concerning the coronavirus.

On April 10, Hodge said the city plans to take its outreach to the next level, with the start of a weekly webcast where he and Fire Chief Diego Favila address a myriad of COVID-related topics online.

“Starting (this) week, we will be communicating to the public by video on the concerns, answering questions, providing statistics and updates on the evolving coronavirus,” Hodge stated in an email last week.

Don Wharton, Brawley City Council member, said the city is using numerous channels to inform its residents, including the city’s website as well as the city’s Facebook page accessed through www.facebook.com/TheHubatBrawleyEOC.

“And we have the Nixle System text messaging,” Wharton said. “It’s similar to reverse 911 and thousands of Brawley residents use it. And we also have Zoom video conferences, hosted by councilman George Nava.”

In mid-March the city held an emergency council meeting but urged the community to not attend but submit questions ahead of the meeting start.

“We’ve got a robust system and what’s nice about it, we’re getting thousands of views and hundreds of questions on an almost daily basis,” Wharton said.

On April 7, Brawley was to have a virtual council meeting on Zoom, but it was not be live yet recorded and posted on the city’s website. The meeting occurred after this story’s deadline.

As far as Pioneers Memorial Healthcare District’s outreach to the community, Chief Executive Officer Larry Lewis said the city of Brawley and Pioneers has a different relationship than El Centro does with its hospital.

“PMHD is governed by a district board, while ECRMC is owned by the city of El Centro,” Lewis said.

Bayon Moore reached out to Lewis on March 30 about how best to follow executive orders regarding sheltering in place.

“I responded on March 31 to set a time to meet and this will be our first coordinated approach,” Lewis said.

Meanwhile, Pioneers is mostly using social media and the district’s website to inform the community about how best to prevent COVID-19’s spread. “I applaud ECRMC’s efforts to work with the (El Centro) City Council to better inform the public,” Lewis said. “That’s our biggest challenge, how to identify and inform everybody who needs to connect with a healthcare professional.” 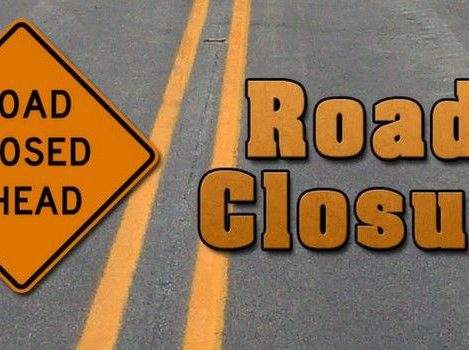