This feature is a Calexico Chronicle ONLINE EXCLUSIVE.

With one day to spare to meet state regulations, the Imperial County Registrar of Voters was expected to certify the final results of the March primary election on April 2, a county official said.

California counties had until April 3 to certify the March 3 primary, according to Secretary of State Alex Padilla’s website.

For the most part, the initial results from early mail-in ballots and voting at polling places throughout the county from March 3 matched up with the final results that will be sent to the state, with the exception of one race: the four-person contest for the Imperial Irrigation District Division 2 seat.

With fewer than 2,900 votes counted in the divisional race March 3, political newcomer John Brooks Hamby and IID Division 2 incumbent Bruce Kuhn appeared as if they might face off in the Nov. 3 general election. The top-two finishers advance to the runoff if no one candidate gets 50 percent-plus-one vote of the ballots cast.

Results released just after midnight March 4 showed Hamby with a commanding lead for the top spot and Kuhn, who was seeking a fifth term on the board, with a roughly 2 percent advantage over third-place finisher Ryan Childers. Childers is a local attorney who is president of the Central Union High School District board.

Yet, as more mail-in ballots came in and with provisional ballots still to be processed, Kuhn’s lead narrowed, and he was eventually overtaken by Childers, who maintained his slim lead the rest of count.

Kuhn told this newspaper two weeks ago that he would not ask for a recount.

Besides the IID Division 2 race, the other subplot in the primary election was the number of ballots that was left to be counted after election night. In a March 4 press release, county officials predicted there might be as many as 7,700 late mail-in and provisional ballots to be counted, as changes to state voting laws allowed counties to receive late mail-in ballots until March 6 as long as they were postmarked by or on March 3.

When all was said and done, the number of late ballots blew past the estimate of 7,700, and there ended up being more than 10,300 additional ballots to process.

Other significant local races that were never really in question included the race for IID Division 4 Director Erik Ortega’s seat. With 1,841 votes, or 46.47 percent of the ballots cast in the division, Ortega will face community activist Javier Gonzalez (1,138 votes, or 28.72 percent) in the November runoff election. 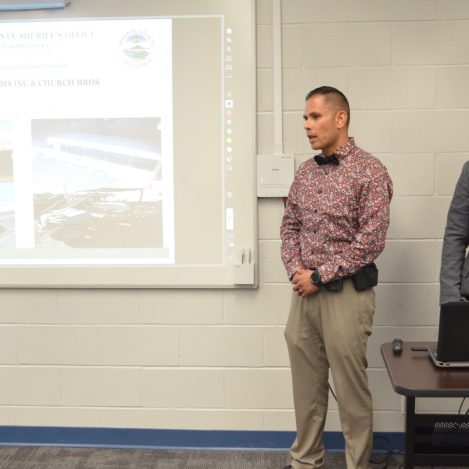