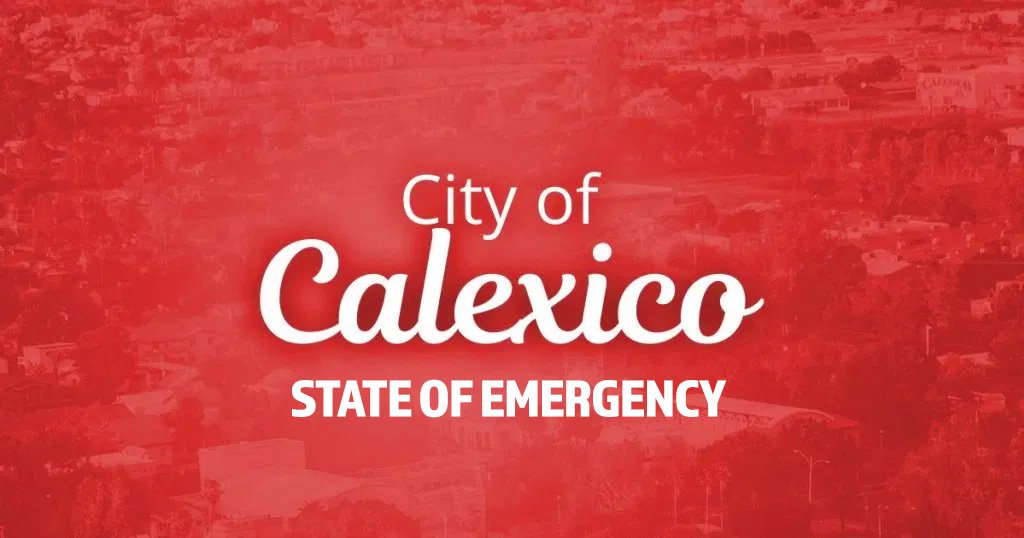 CALEXICO — Following the county and other local municipalities, Calexico officials declared a state of emergency last week and made several decisions tied to ensuring citizens and city workers were protected to some degree during this national COVID-19 outbreak.

The declaration was one of four emergency items added to the March 18 City Council agenda, the first meeting since the city put in place a social-distancing policy that closed the council meetings to the public and broadcast them online live, soliciting public comment through email.

With an official announcement of community transmission of COVID-19 by the Imperial County Public Health Department coming March 24, Imperial County and its cities have been under the same orders to stay at home, avoid gatherings of 10 or more people and for all nonessential businesses to temporarily shutter that the rest of California has been under since late last week. There were nine positive COVID cases in the county as of March 24.

The closed-door public meeting was eerily quiet by Calexico’s standards, with only the council and top city administrators present in council chambers. All of those present could be seen seated spread apart and in various locations to keep their distance from each other.

The five members of the council sat on the dais about four to six feet apart, with City Manager David Dale and City Clerk Gabriela Garcia seated at a table in front of them. Dale and Garcia are usually on the dais with the council, along with Assistant City Manager Miguel Figueroa and City Attorney Carlos Campos, both of whom were seated apart in seats normally inhabited by audience members.

“As a father of two, I do fear for the spread of the virus and contagion, but we do all have to remain calm,” Mayor Pro Tem David Romero said at the start of the meeting. He said Calexico does have one of the largest elderly populations in the county and that “we need to take care of them.”

The day after the meeting, March 19, the city posted a message from Mayor Bill Hodge to the city Fire Department’s Facebook page, which city officials declared March 18 would become the official social media page for getting messages out to city residents.

“The health and safety of the residents, employees and visitors of the city of Calexico is my outmost priority. Therefore, as part of the nationwide effort to halt the spread of the COVID-19 coronavirus, I want to share that the city of Calexico will diligently provide public safety and public works services to guarantee the well-being of our community,” Hodge said in a statement.

“City staff is working and will be able to attend your needs. … City Hall will be closed for a minimum two-week period Monday, March 23, 2020. This preventative measure is taken with the intent to keep you and staff safe. As per the Imperial County Public Health Department, we recommend that you stay at home to the extent possible and practice social distancing when out in public,” Hodge continued in his statement.

Posted to the Fire Department’s Facebook page is a complete directory of departments, telephone numbers and email addresses the public can use to get in contact with the city.

Two of the key decisions that came as part of the March 18 emergency agenda items were the declaration of emergency itself and a decision related to city water bills, which council members agreed generate much of the traffic and questions from citizens at City Hall.

Regarding the emergency declaration, Fire Chief Diego Favila explained the need for the declaration is not so much to deal with COVID response right now, but to be proactive and put the city in line for federal and state funding if resources become overwhelmed.

“To the citizens of Calexico, please, do not take this as an emergency,” Favila said during the meeting. “Do not panic, we are following all precautions and recommendations.”

The council unanimously voted for the declaration. The council also voted unanimously to approve and send a letter to all water customers regarding their bills.

In part, the letter reads:

In two procedural emergency items, the focus was city staff members. The first was the council’s unanimous approval of a telecommuting agreement for all “exempt” city employees. The agreement would allow certain “salaried, management-level and above employees,” Human Resources Director Denise Garcia said during the meeting, to work from home on a case-by-case basis to be determined by the city manager and human resources department. The second issue was the unanimous approval of providing up to 10 days or 80 hours of emergency administrative leave due to the pandemic. Garcia said the leave could be used for those affected employees who would be forced to miss work and had used their city accruals for vacation, sick leave or other time off.