By Gary Redfern and Elizabeth Villa

The very fabric of American life being dissolved like a beach sandcastle in the waves by a microscopic organism, the blows have come faster than they can be absorbed.

Thousands sickened nationwide. More than 100 deaths. Schools, restaurants and stores closed. Hoarding clearing out grocery store shelves as fast as they can be restocked. Millions isolated in their homes due to the “social distancing” urged by health officials to slow the COVID-19 flu pandemic.

The “new normal” is anything but.

“Although I had seen the panic in stores via social media, I felt at that moment I had enough food and supplies and thought I could wait until I ran out,” said Rosalind Servin on March 17.

But any hope of immunity even from the social chaos quickly fell away, the Brawley resident lamented.

“Then I walked into Wal-Mart on Sunday night and I noticed the shelves were empty. I did have to settle for certain items that I normally don’t use,” she explained.

“There was not much in stock and very little selection.  People were picking items off pallets themselves and rallying around the boxes of paper towels and toilet paper.  I saw it as very unhealthy, although I understand that they are just trying to cover themselves,” Servin added.

People being afraid of the unknown and on high alert was the vibe Servin said she sensed, and some even seemed not being reasonable because they were in panic mode.

Even the necessarily frequent warnings and advice from public and health officials seemed to take their toll, well meaning as they may be. So many flooded email in boxes of this newspaper that staff reporters struggled to sort out which were most pressing. Often, information and stories about it was quickly invalidated by new updates.

Members of the general public said this was noticed this as well.

“We are overwhelmed with so much information coming from all sides,” said an elderly El Centro resident who asked to not be identified. “We wish there was one source that is credible.  It is changing daily. We are nervous; and when we get nervous, we eat.  At this rate, we will finish our food sooner. When we get money, I am worried that there won’t be any food.”

Meanwhile, local public agencies scrambled to keep pace, providing a steady flow of information to the public, and closing off or restricting access to not only public buildings but public meetings as well.

The city of Calexico closed public access to its city council meetings indefinitely, starting with the March 18 meeting that included a scheduled public hearing. Instead, it accepted written comments by email. Meetings of city commissions were also cancelled indefinitely.

Written comments for council meetings can be sent  ggarcia@calexico.ca.gov. A video of  the meeting March 18 will be available on the city’s website by March 20 at noon.

All city recreation activities were suspended and city parks and the Camarena Memorial Library were closed. However, book-loaning services are still in place with more information available by calling the library at (760-768-2170).

The city will communicate with the public through the city Fire Department’s Facebook page www.facebook.com/CalexicoFire/.

Meanwhile, Holtville City Manager Nick Wells reported on March 16 that “at present we do not plan on having employees work from home, however recognizing that it is a quickly evolving situation, we do not consider it out of the realm of possibility.”

Concerning city services he added, “This is under review, however, at the least we do not envision the City hosting events in parks, facilities or opening the Pool until there is a clearing of issues.”

The city does not accept online payments, however, Wells encouraged residents to mail in their payments or make use of the 24-hour drop box to limit both their own exposure and that to city staff.

Of the mood among city employees, Wells added, “The management staff is cautious of any issues, but do not seem to be alarmed at this time.”

For the public Wells added, “We advise people to follow the fairly universal recommendation to limit social contact (and by extension, use of public space), but do not have any extra restrictions locally. As previously mentioned, if this extends too far, it will affect the opening of the City Pool.”

A list of county departments that includes information on reduced access, “limited walk-in hours” and “by appointment-only operations” will be posted to the county website no later than March 19. Rouhotas had no specifics to share at the press conference, such as which departments would be affected.

For employees a “continuity of operations plan” has been drafted for this emergency to protect employees and those they serve, he added, but provided no specifics.

“We remind all of our employees they are designated disaster services workers” who could be called upon if needed, Rouhotas said.

“Social distancing restrictions” will go out to individual department heads to be enacted within 72 hours, he added.

“In light of the Novel Coronavirus (COVID-19) Pandemic, Imperial Valley Transit (IVT) and associated services want you to know that we have implemented an enhanced cleaning regimen on all our buses,” a statement from the transit agency stated.

“All IVT vehicles are cleaned daily, with additional deep cleanings using bleach to disinfect, and other solutions recommended by the Center for Disease Control (CDC),” the statement added. “Disinfectant is used to wipe down exposed surfaces nightly to help eliminate germs. Disinfectant is used on buses throughout the day when opportunities arise.  Maintenance teams sweep, dust & spot mop nightly.

“The cleanliness of our buses has always been a top priority for us, and now more than ever.”

“In an effort to reduce the number of persons in court buildings, it is recommended that persons refrain from bringing family members or friends that are not specifically a party to their case,” the statement added.

Jurors will continue to be summoned and are still required to call in daily and required to come in if ordered and “in the event that a jury trial must be conducted, adjustments will be made to the number of persons called in at one time.” 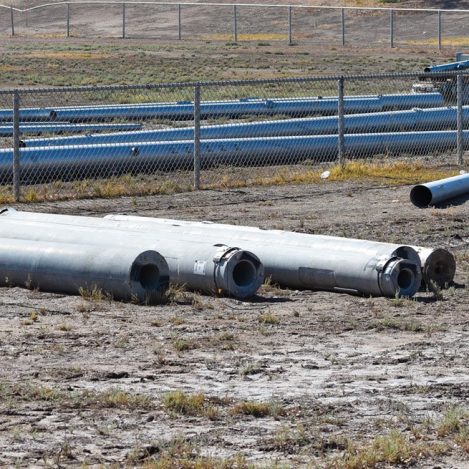