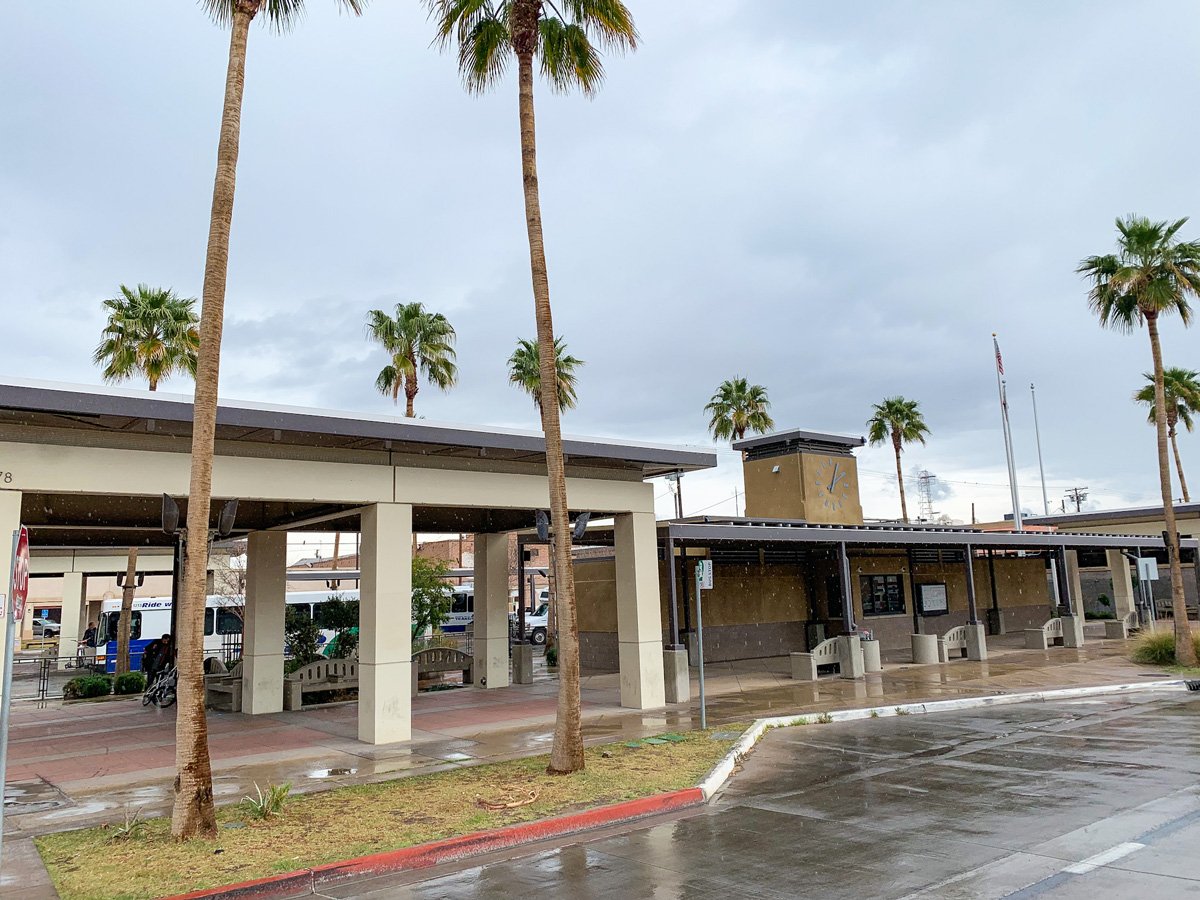 The El Centro transit center at Seventh and State streets is similar to one planned for Calexico, which is expected to be larger. | Corissa Ibarra photo
Home
Local News
In Local News

CALEXICO — Calexico has always had its own vibe apart from Imperial Valley’s other cities, and that uniqueness will apparently extend to its public transportation hub, which is expected to be bigger than that of its neighbors.

“This will be our largest transit center in the county,” said Mark Baza, executive director of the Imperial County Transportation Commission.

The agency led the building of “intermodal transportation centers” in El Centro, Brawley, Imperial and Imperial Valley College since 2012.

“El Centro is probably our largest to date, but (Calexico’s) will be larger than that,” Baza said during an interview March 6.

Among the differences will be the capacity for farm-labor buses and the other forms of transportation that ferry border-crossers, Baza explained.

To achieve this, the transit center will take up nearly an entire city block downtown, likely the former Rite Aid pharmacy location at 244 E. Third St. and an adjoining lot between Rockwood and Heffernan avenues, Baza said.

The former Rite Aid site, which is 1.1 acres, is the preferred alternative the commission is pursuing but it is not a done deal yet, Baza said, as the commission has yet to acquire the land. It will begin that process in three to five months, once an environmental review is finished.

Baza said the commission, which is working in partnership with the city of Calexico and the California Department of Transportation, is the lead agency and has about $1.5 million set aside to acquire the properties. At least part of the process will involve “eminent domain,” the process of forcing a landowner to sell the property for the greater good.

The Valley’s current largest intermodal transportation center at Seventh and State streets in El Centro opened in January 2014. It has six bus bays and a preliminary construction cost of $3.9 million, according to the final feasibility study for Calexico’s transit center.

Conceptual designs for the Calexico facility feature eight bus bays, plus areas that can accommodate Greyhound and farm-labor bus traffic both on site and off the street, as well as an on-site parking lot and taxi area.

Final designs and specifications are now being drawn up, with plans due to be finished by the end of 2020, Baza said. He added he’s confident the transportation center would be done by the end of 2021.

As has been the case with the previous hubs, the commission undertakes the project and finds the funding. When the project is done, however, ownership of the finished product is handed off to the cities, which assume maintenance and any other related costs.

Baza said the environmental review and design phase is costing the commission $600,000 to $800,000 and was funded through the federal Congestion Mitigation and Air Quality grant program.

The $1.5 million for property and rights-of-way acquisition is from the state’s Transportation Development Act.

The final piece is the $10 million in construction funds, which Baza said the commission does not yet have, but is confident it will be in hand soon.

“We’ll be working through federal and state means, probably through the Federal Transit Administration or a new state affordable housing program,” he said.

Meanwhile, although not mentioned by Calexico officials as being a part of  Downtown Action Plan upgrades, Baza acknowledged the hub fits its elements, specifically the Rockwood Plaza Promenade.

The promenade would be a pedestrian-only demonstration project and is being designed and funded through the Southern California Association of Governments. It would close vehicular traffic on Rockwood Avenue between First and Second streets and develop new shopping opportunities such as outdoor kiosks. City officials have also discussed developing a food court in the area. The promenade is one of the cornerstones of the action plan, which includes trash includes, closing off access to alleys and redeveloping blighted sites. 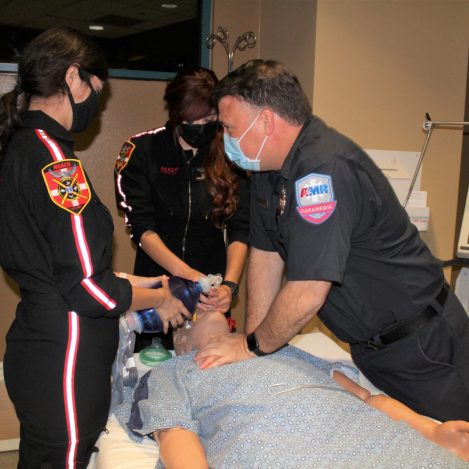