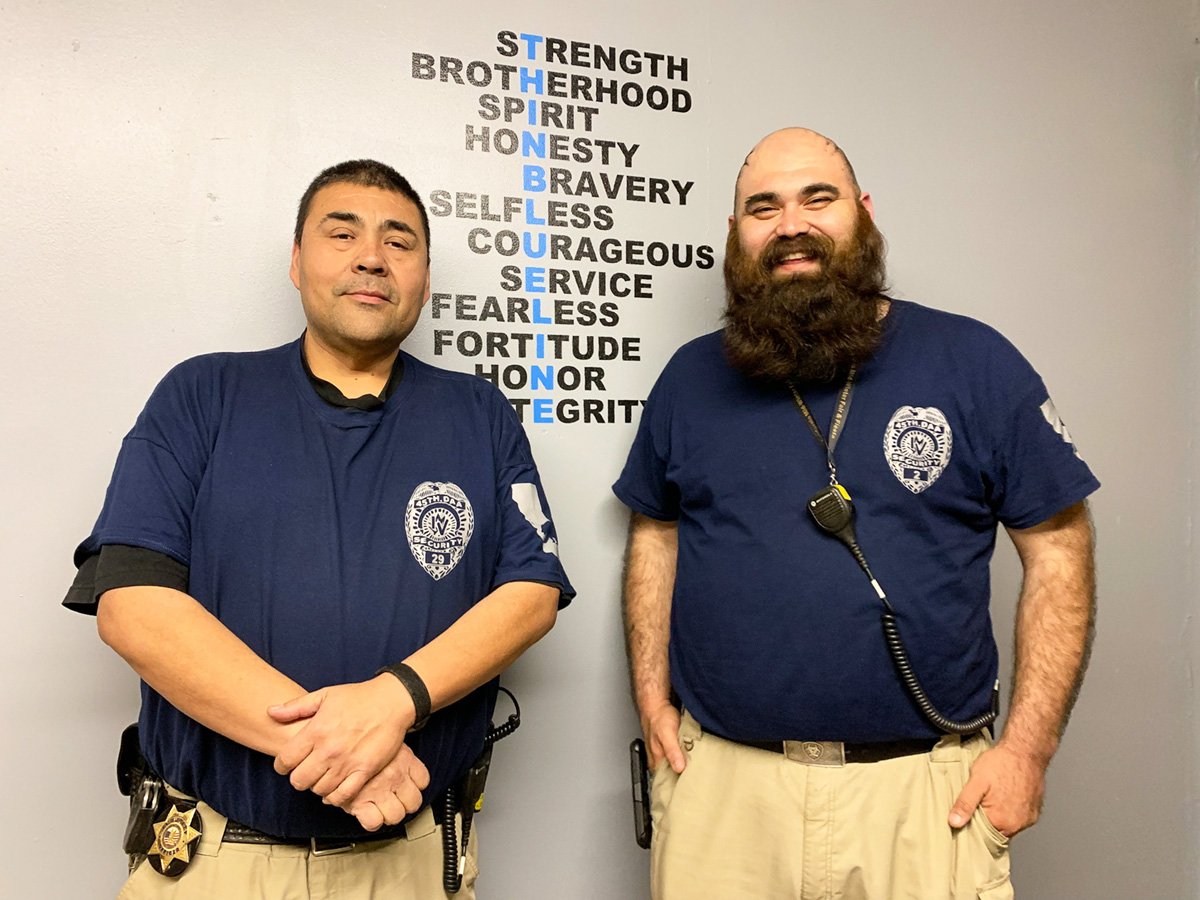 IMPERIAL — At an imposing 6 feet 6 inches tall, Edward Monninger might seem like a security guard whose tales of patrolling during the 10-day run of the Mid-Winter Fair & Fiesta would involve cracking skulls and breaking up drunken brawls.

But for this gentle giant, who goes by “Buddy,” it’s more his style to tell a decidedly sweeter story, one about being “freaked out” by the spooky exploits of what he believes is the I.V. Fairground’s resident ghost, “The Cowboy,” or busting a gut as he and his fellow burly guards chase after AWOL livestock bursting free from their pens.

Better yet, Monninger, who has been working the fair for about 16 years, would rather talk about returning annually to see his brothers in arms.

“It’s always been like a family thing. Most of us don’t see each other but for the 10 days at the fair,” said Monninger, whose day job for the last two years has been head of security at Golden Acorn Casino in Campo. Before that, he spent some time as a Holtville firefighter.

“I think it’s one of the greatest jobs I do throughout the year, to come back and see extended family. … It’s a great place,” he said.

Many of the 54 guards who patrol the fair in three shifts, 24 hours a day, have been together for many years, said Robert “Tiny” Hernandez. He is a 30-year veteran of the fair who has been chief of security for the past six years. Monninger is Hernandez’s right-hand man who he refers to as a “son.”

“He’s that close to us. … He’s an awesome guy,” Hernandez said recently when asked why he thought Monninger was worthy of being recognized and profiled in a story. “His attitude, work ethic and overall knowledge; he knows how to deal with situations the way I like. He de-escalates situations.”

Despite what people might think, working security at the fair can be a relaxed and joyful deviation from daily life.

“Most days are pretty relaxed. You get to watch the patrons have a good time,” the 33-year-old Monninger said. “It’s nice offering our services to the community and making sure everything goes well.”

Further, he said it’s nice to bear witness to how the community evolves and changes over the years.

The Calexico resident said it’s a “cool” opportunity to see the maturation of FFA youths at the barns, for instance. He said most of them start out being raised around the fair and then return in some capacity to advise future generations.

In general, he likes “seeing youngsters come back and enjoy themselves at the fair every year.”

It’s not all low stress, though. The fair has its moments, like Monday nights during High School Madness.

“That day can get a little hectic … it can be a real interesting day as far as the little things that can go on during the evening,” Monninger revealed.

Although attendance numbers were not available by this newspaper’s deadline, the grandstands are at capacity every year for High School Madness. A fair spokesman said this year some 2,500 tickets were distributed to local high schools to gain entrance to the grandstands.

Also, Hernandez said some 40 guards worked the evening shift March 2, with 14 guards at the grandstands alone.

Still, there are plenty of chances to see the lighter side of life at the fair and to make memories that have stuck with Monninger.

One of his favorite moments happened just two years ago when, during the weekly day at the fair dedicated to developmentally challenged students, he got a call a 10-year-old autistic boy was having a rough time. The boy was sobbing and had already hurt two teachers who had been accompanying him.

Monninger said when he arrived he just grabbed the young man, hugged and held him until the boy’s father could come and further calm down the child.

“It made me feel good to be able to help,” he said. “It was a memorable situation because I was able to just hug him and help him.”

Now, about those taller tales.

Nearly every year he’s been at the fair Monninger has seen two or three animals escape their pens and make for an entertaining night as the guards struggle to contain them. Most recently, he spoke of a little lamb on the lam who popped open his gate and took off.

“Sometimes you don’t know what to do. Four or five guys are trying to corral a lamb,” he said. “Everybody’s laughing, rolling on the floor. It’s funny, and it happens every year.”

Also, every year Monninger can expect a visit from “The Cowboy,” a tall, slender figure in a cowboy hat that Monninger said he first saw in his second year at the fair and appears to only be something security guards report.

And for whatever reason, Monninger’s fellow security crew members think “The Cowboy” has a thing for haunting Monninger.

“Yeah, he’ll pick on me every year. Every year I’ll get a glimpse of him,” he said. “Everyone always says, ‘The Cowboy’ is messing with Buddy again.”

Monninger admits that despite his size he’s probably the most squeamish about “The Cowboy.”

“It freaks you out a little bit, raises the hair on the back of your neck,” he added. Fortunately, Monninger has another 350-plus days to get ready for his next close encounter with the apparition and loose lambs. 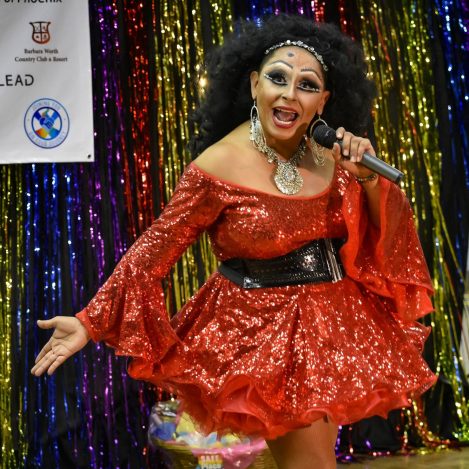