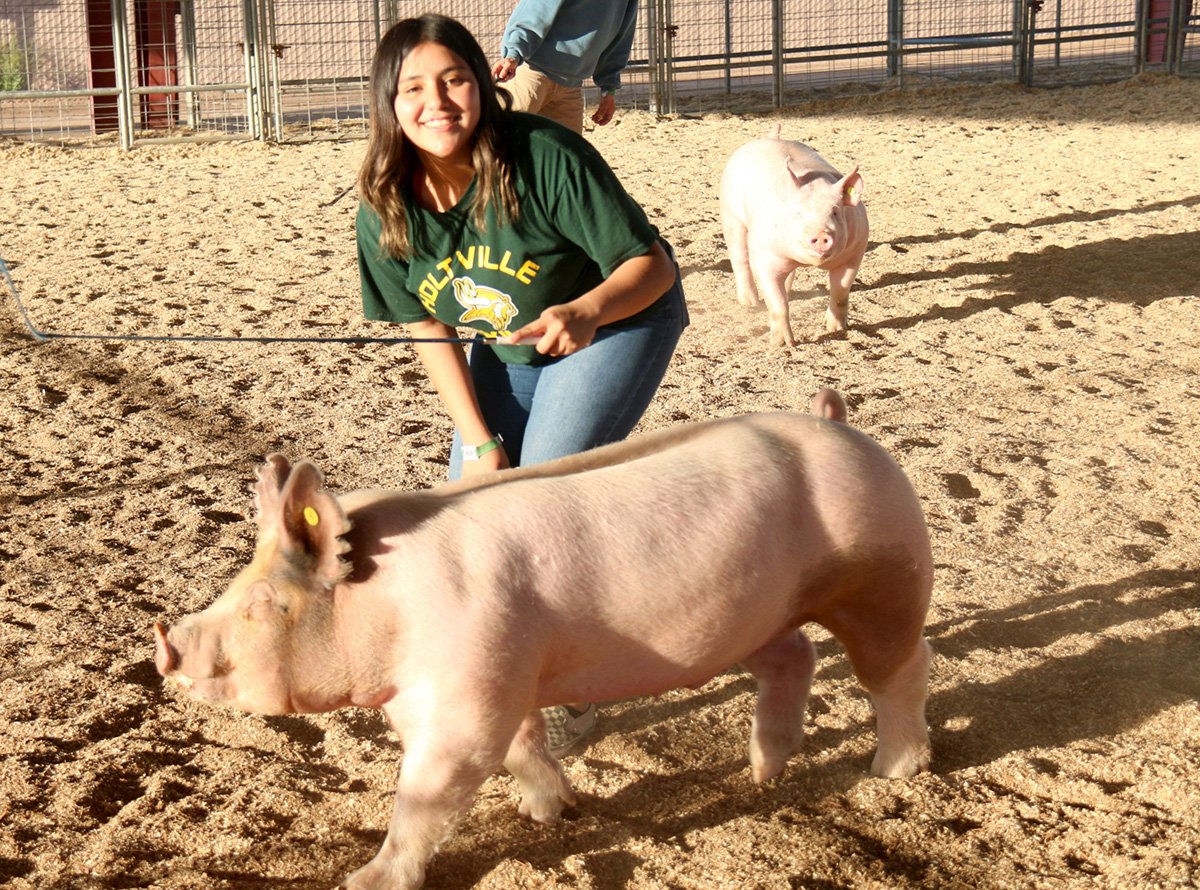 IMPERIAL — Featuring only the best of the best from the Showmanship livestock judging of Feb. 29, 16 students earned blue or red ribbons to advance to the Round Robin segment of the livestock show on March 4 at the Mid-Winter Fair & Fiesta.

Round Robin requires all competitors to rotate among steers, horses, feeder calves, pigs, lambs, goats and dairy goats to display what are superior handling skills in the opinion of the judges. It requires diverse abilities to control one type of animal and those does not necessarily transfer to another.

Winning first place was Madison Mills of El Centro FFA, who was raising a market goat for the March 7 animal auction.

After the awards ceremony, Riley Merten, a 17-year-old junior at Holtville High School, admitted she was pleased with her second-place finish.

“I’m excited I made it this far,” she said with a beaming smile. “Well, the steers were a little bit ornery, but not too bad. The market goats, too, at the beginning, but once you get the hang of it they would obey.”

Riley was raising a feeder calf for the auction. It is by now familiar territory as she has raised them in years past. But staying ahead of the curve she had already submitted buyer letters and hopefully would close a deal by the day of the auction. Her cohort, Cameron King, also in Holtville FFA, was raising a pig for auction and completed Round Robin with a respectable 10th place.

In between rounds Kallie Thomason, a junior at Southwest High School, another Round Robin competitor, spoke of some of the rigors of handling an animal in the arena. She was wrapping up her third year in the El Centro FFA.

“I started at 9, raising a lamb, and will sell a lamb for this auction,” she said. “It’s my first year in Round Robin I think I did pretty well with most of the animals except the horses and pigs. When there’s a lot of people around them and a lot of noise from the race cars (at the grandstand) it stresses them out. But as for the pigs, I don’t know what caused them to act up tonight.”

Exploring the barns prior to Round Robbin a number of students were glad to share their experiences with raising an animal for auction. Arly Bastidas, a Holtville sophomore, had a crossbreed pig named Ginger, an apt name for an animal with pale red coloring across his face.

Arly attended the Feb. 29 showmanship and market event. She explained for showmanship students are judged on how well they can control their animal without it getting loose and running across the arena. For market, animals are judged for how well they are built and how closely muscle mass and body shape conform to the ideal.

“He weighs 263 pounds and I started raising him the middle of last November,” recalled Arly. “He was only a couple of months old then and weighed 93 pounds when I got him. He could be stubborn when I got him but he listens really well and made a lot of progress.”

She taught Ginger to walk in a figure eight and triangular patterns. And if Ginger’s stubbornness got the upper hand, Arly discovered she could persuade him with the treat of a Hostess Twinkie.

“I started with a pig last year but next year I’ll raise a goat and feeder calf,” she said. “I didn’t plan to raise an animal but once I started I really liked the competition. It’s not easy work but not as hard as I anticipated.”

Leila Herrera, a senior at Calexico High School, is in her first year of FFA. She was raising a male Duroc pig who now weighs 247 pounds, but when she got him in October he was just 45 pounds. She recalled at first he was so energetic and kept her busy all the time. She fed him Purina Show Chow yet also mixed in strawberries that proved to be a favorite.

“He wouldn’t listen at first but I’d take him for long walks and start to walk in front of him to get him to follow,” she said. “After a while he’d follow the whip and when I was down training with him I’d reward him with marshmallows–he loves marshmallows.”

Raising two animals, Audrey Abatti, an 11th grader from Holtville High, had Rocky, a male lamb weighing 138 pounds, and a female goat, Valley, at 83 pounds, which she will save to raise for next year as well.

“Rocky is a medium weight and when I load him up on the truck Monday after the auction the buyers will put a little more muscle on him,” she said “But you don’t want too much fat because it’s low cutability–it takes more expense to package him. But I’ve already asked a couple of people to pitch in to put together a buy.”

Haylee Ray, a senior at Imperial High School, is serving her second year on the Junior Fair board and also is a vice president for Imperial FFA. The Jr. Board puts on the livestock shows as well as assisting with setting up the competitions and handing out the ribbons, she explained. “It’s just a fun thing we do,” said Haylee. “The prize is, having fun and getting a ribbon. It keeps me busy and all the Jr. Fair Board members work very hard to put on all the livestock events.” 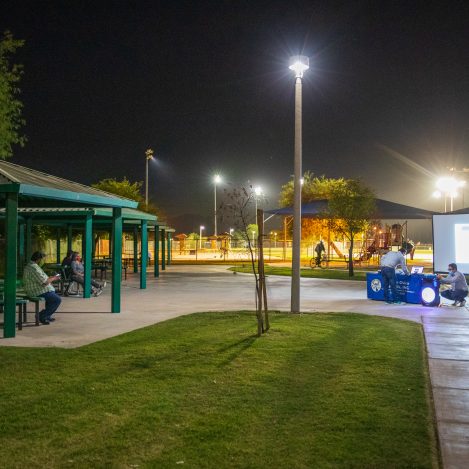