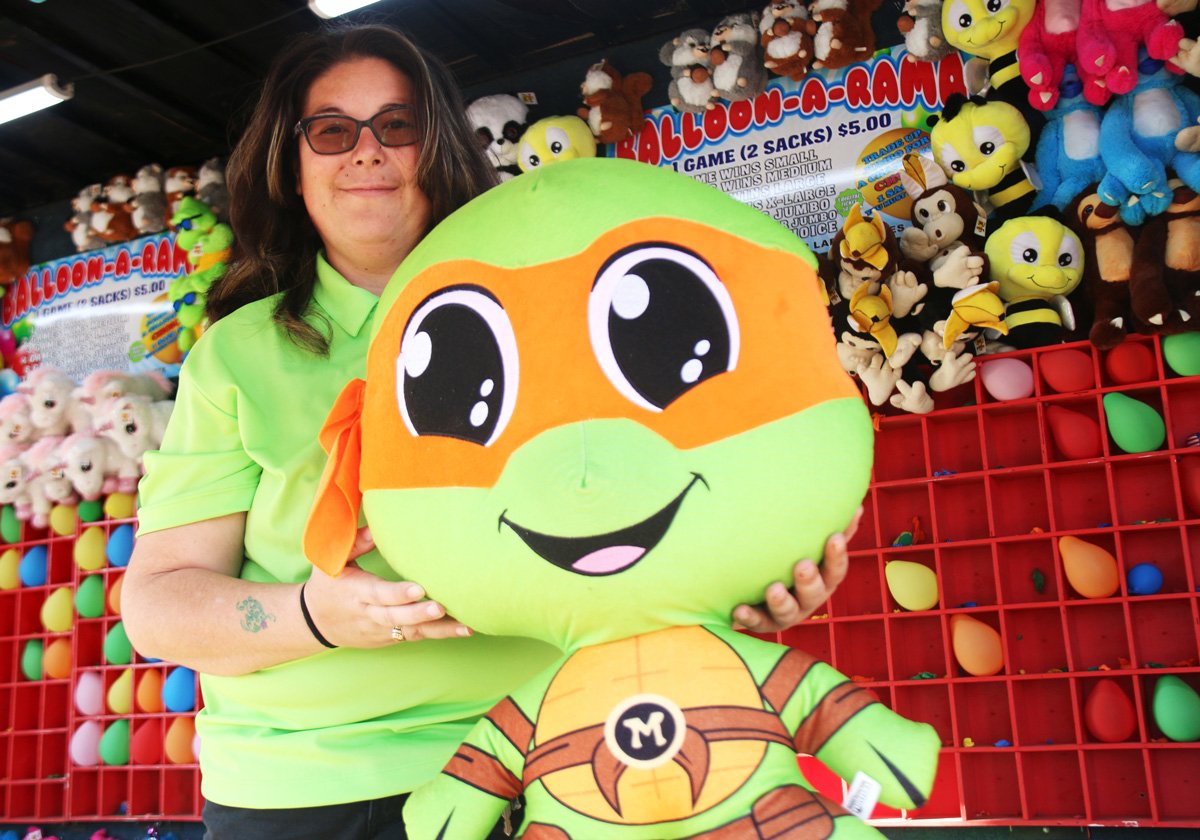 Kim Martinez, operator of the Balloonarama carnival game at the Mid-Winter Fair & Fiesta, on March 4 shows off one of the premium prizes contestants could win. | William Roller photo
Home
Regional News
In Regional News

IMPERIAL — In many ways it is the people behind the scenes who make all the fun of the Mid-Winter Fair & Fiesta come alive with selfless dedication to a job lacking glamour that pays off in other ways.

For some fair patrons the attractions provided by Helm & Sons on the midway is the Fair. Some of the best memories result from the effort of devoted carnival workers.

It may be hard to believe in a day and age where the profit motive takes precedence, but the Balloonarama Midway game guarantees a prize no matter what the skill level of the player, explained Kim Martinez, the game concessionaire, on March 4.

“The concept is to make it easier to win a prize,” said Martinez. “You still get a prize even if you miss the target. It’s a ‘build up’ game, but every player no matter how good starts out with a small prize.”

Balloonarama requires the player to break a balloon by tossing a small bean bag from several feet away. Prizes go from a small stuffed starfish to a gigantic bear, unicorn, penguin or turtle for those who prevail through several rounds.

“Those are very popular with the girls,” said Martinez. “so we keep a wide selection available. That way there’s something for everyone.”

For fun or demonstrations Martinez will try her own game. Yet she denies there is any trick to winning. The game is as popular with girls as boys and the girls win about as often as the boys who she sad seem to rely on brute strength to pop the balloons.

“In all honesty, I’ve had a two-year old boy toss the hacky sacks underhand and broke all the balloons,” said Martinez. “It’s more about aim than power.”

Martinez, from the Ontario area, recalled she got recruited to carny work by a family member who asked for a little help six years ago and since it was fun she decided to stick with the job. She travels the length of California with Helm & Sons. Some locations the troupe spends a long weekend while others can be a two-week layover. She contends there has never been a town she does not like but if she picked one especially appealing it would be Monterey.

“If we get there early, we hit the beach soak up sun, swim or picnic,” said Martinez. “I believe I’ll stay with carnival work. People here, we’ve become very close among each other, even the customers. We (carnival workers) pretty much travel together. We’re like one giant family.”

As much as Midway games and rides appeal, no carnival would be complete without specialty foods. Cameron Cuisinier manages the Sugar Bear Treats wagon. Similar to Martinez, he was enticed to try carny work by a family member. Cuisinier noted he expected to stay no more than a couple of years but has now worked for seven.

“We also have a wagon near the entrance by the kiddie rides, a fry wagon and there’s the lemonade wagon,” he said. “I kind of bounce around. It’s a friendly competition among the wagons.”

One of the best-loved items is found at Sugar Bear Treats, a handmade Unicorn Apple with crafted ornaments on top of a garnished apple.

“The one thing unique about this wagon are our gourmet apples,” he said. “We also do Unicorn Churros and Unicorn Cotton Candy. We do a lot of fruity petals and rainbow sprinkles, very popular.”

Other Fair staples sold at Cuisinier’s concession are funnel cakes, papas bravas nachos and potato twists. Despite being the brother of the Helm & Sons owner’s wife, Cuisinier insists it is a great opportunity.

“Number one: I love this job. It’s a great company,” he said. “Mostly, it’s about safety and sanitation. We strive to make quality products because of the prices we need to charge. I can say one thing, you won’t come to any of our stands and get a cold corn dog.” 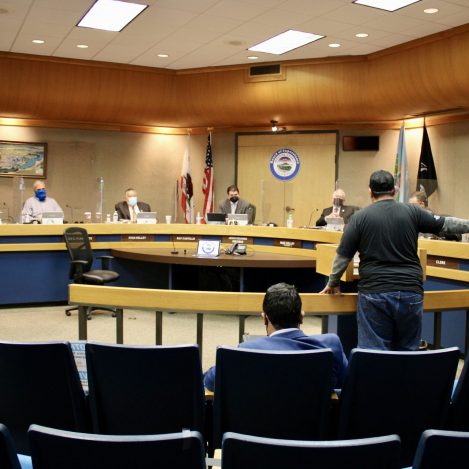