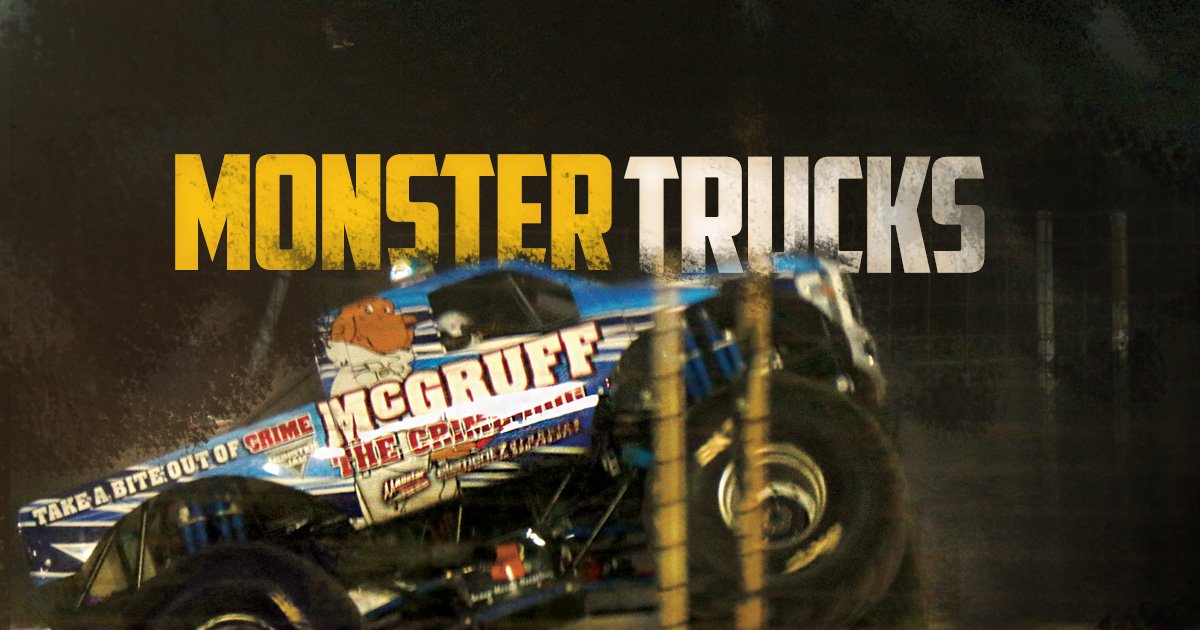 McGruff goes over the top during the Monster Truck event at the grandstands at the Mid-Winter Fair & Fiesta in Imperial on Feb. 28. | William Roller photo
Home
Featured Stories
In Featured StoriesLocal News

IMPERIAL VALLEY — The Monster Truck show at the premier evening of the California Mid-Winter Fair& Fiesta Feb. 28 lacked the fear factor of Dracula but kept a packed grandstand audience on the edge of their seats.

The behemoths perpetrated tortuous turns and supernatural stunts that send most passenger cars to an auto graveyard.

“Expect the unexpected once it gets going, remain for the freestyle competition, which everybody loves,” urged Gary Burt, announcer and former promoter for Monster X, sponsoring contractor.

Appealing to a wide demographic range of a fan base, clearly it was the youngsters who yanked their parents and grandparents to the spectacle.

Johnathan Mejorado, 14, from El Centro, convinced his mother, Carmen, to witness the dare devilish hulking vehicles (12,000 pounds) shape-shift into flying land rovers that land on their feet with cat-like precision.

“I’ve been seeing the Monster Tucks since I was 5,” recalled Johnathan. “I love watching them jump over the ramps (consisting of three parked junkers including a vintage Mercedes) without a rollover.”

Carmen and her two sons attended the pre-performance “Pit Party” which welcomed fans to the track to check out the trucks.

“It was awesome,” said Carmen. “We got autographs and pictures of the drivers and they were all great, very friendly. It was fun riding the fire truck (authentic 1950 model converted to a Monster Truck). Everybody ought to try it.”

Tony Canedo, one of the competing drivers, piloted his truck with the road moniker, “Playing for keeps.” He arrived from his base in Vacaville but he is originally from Leon, Spain and has been competing for 20 years.

“We race for points and trophies,” said Canedo. “I do 22 shows over a 10-month season. Normally, there’s six to 10 drivers but tonight we just have five. We’ve removed all the auto glass, most of the interior, replace it with roll bars. Drivers wear a helmet, flame retardant jump suit and a harness. When we get out to the track, whatever comes up, we make the best of it. But what I really love are the kids and the fans. That’s the main thing.”

Miguel Salcido waited to ride the fire truck and explained it was his first time seeing the Monster trucks live.

“I’ve seen them on TV and thought it’d be cool to watch them in person. Sometimes the smash ups can be a bit of a buzz,” he admitted.

Watching the first two heats in the grandstand, Joe Coronel explained it was his first Monster Truck show in Imperial County.

“They had one in San Diego a couple of weeks ago,” he said. “I couldn’t get in there so I thought I might as well take advantage of the show at the fair. It’s thrilling just watching. Last time I went to a show was in L.A. County when I lived up there 20 years ago. They just keep getting crazier and crazier.”

Gary Schott, a veteran driver, has a lot of history with the Mid-Winter Fair, attending 38 years ago when most other drivers were not born yet. He started off with off-road trucks but by the mid-80s became a fan of the Monster Truck pioneers. He was racing his truck, “Terminator” (liked the movie and the name, he confided) equipped with the big foot 66-inch tires.

“Actually, I like building the trucks. I like taking a pile of metal and building it into something useful,” he said. “And I like getting big air (attaining maximum lift jumping the ramps) and doing donuts (spin outs) and a good wheelie when I can take it. Also, I like this weather and you got a good group here.”

Watching the action from the grandstand was Elsa Castro from Brawley who also said she tried to get admission to the recent show in San Diego but missed the competition. The Imperial County fair provided a second chance.

“My kid (Michael) is a big fan of the Monster Trucks and when we arrived tonight, I got him the Monster Truck toy and the checkered flag,” she said. “I started watching the trucks on YouTube because Michael was watching them. But then I got hooked and it’s pretty cool.”

It was Wood taking first place in the wheelie competition (Schott, a game second). Canedo scored an impressive two first-place finishes with the, “Chicago Style” racing, where trucks face one another on parallel tracks as well as prevailing in the freestyle where it is driver’s choice for their preferred maneuvers. 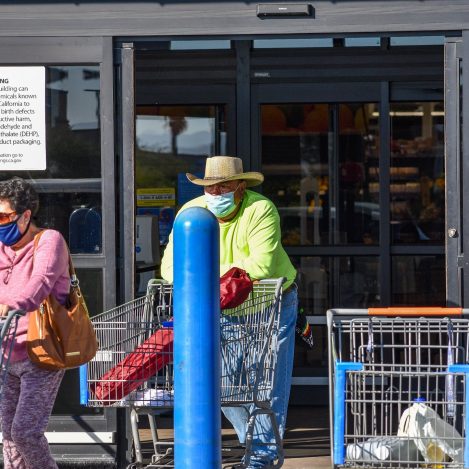