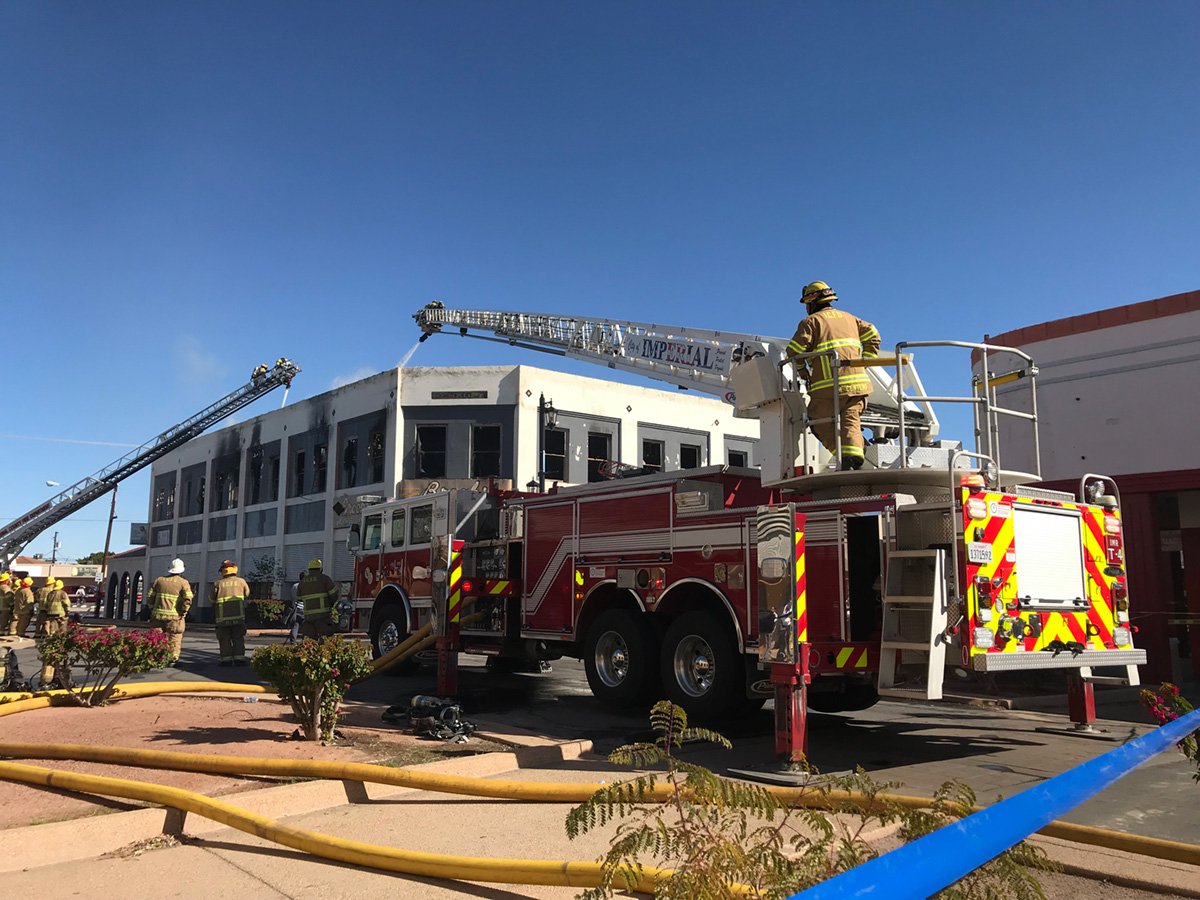 EL CENTRO — A year after fire destroyed the historic Brooks Jewelry building at Sixth and Main streets in El Centro the case on who started the suspected arson appears as cold as the concrete slab on which the structure once stood.

City fire, police and community development officials did not immediately respond to Feb. 20 requests for an update on the investigation. The last report was an October email from John Faubion, an El Centro fire battalion chief.

“This building fire is an arson fire,” he wrote. “The case is still open and we are working with law enforcement. We are not releasing any other information at this time due to the sensitive nature of the case.”

The fire at 598 W. Main occurred on Feb. 11, 2019. The building was later razed and businesses in an adjoining building were also displaced due to water damage.

Meanwhile, the property’s owner, Larry Bratton, when reached at his children’s home in Texas on Feb. 20 said he has not spoken to police or fire officials since June 2019, two months after the building’s demolition. He long operated a jewelry store on the site before retiring.

Bratton mentioned reports a witness had seen an individual wearing a hooded sweatshirt departing the area on a bicycle just after the building was engulfed in flames.

“I’ve heard there was a video of it,” said Bratton. “Who knows if it’s hearsay. That building was an icon of downtown and it shouldn’t have happened.”

Officials have not commented on that report.

However, Bratton, apparently still distressed, indicated he is not dwelling on the matter.

The union hall of Local 2554, representing about 600 U.S. Border Patrol agents, was displaced and has endured several changes of location, explained Mike Matzke, local president. The office is now located in the Valley Plaza mall at 300 S. Imperial Ave.

“We just need a place to hold meetings. We just signed a three-year lease. But before we found this place we had meetings at the Moose Lodge (in Imperial). Some guys from our union were members, so they opened up their doors,” Matzke said.

The adjacent building was sold to SERVEPRO, a fire/water/flood/mold restoration contractor, said Rick McManus, whose son, Paul, previously owned the property. He said he had no information regarding who or what may have caused the fire.