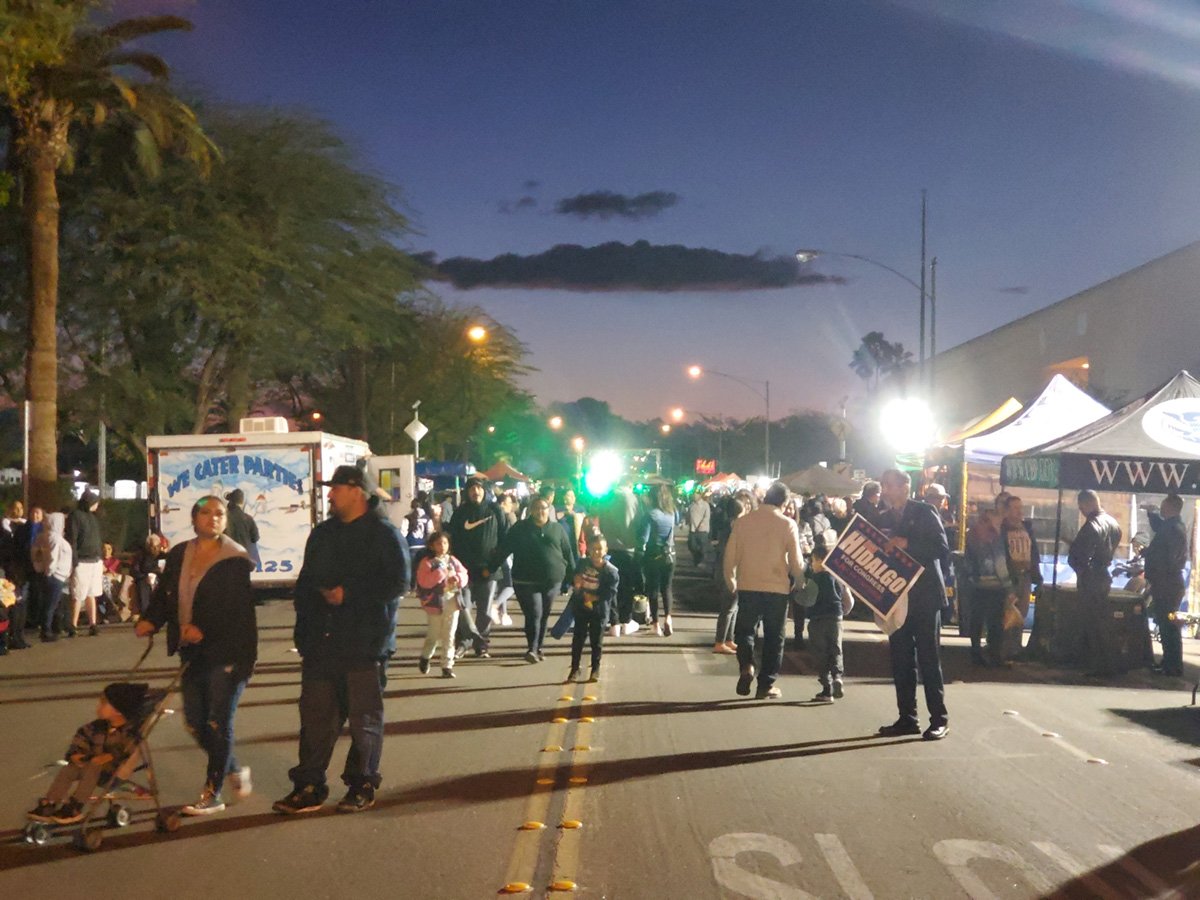 EL CENTRO — The city of El Centro’s annual Mardi Gras Light Parade and Street Festival is an event that guarantees a good time for all in attendance and makes a point of honoring its community-service oriented citizens.

El Centro residents Jack Terrazas and his wife, Frances Terrazas, were honored as this year’s Mardi Gras King and Queen of the parade for a lifetime of community service and got the opportunity to ride the city’s featured float during the evening of parade Feb. 22.

The Kind and Queen threw beads off a float constructed and elaborately lighted by the city of El Centro.

“It was a good experience. There were a lot of lively people. Once we got closer to Main Street it was flooded with people. Between the fire station and the police station, the crowd stretched five or six people deep,” said Jack Terrazas describing his regal ride down the parade route.

It was a family affair, the Terrazas’ daughter, Rebecca Terrazas Baxter, the county’s intergovernmental affairs director, announced the parade. Rebecca has attended the Mardi Gras parade for years.

“What’s different about it is that it’s a light parade. It’s more engaging for kids. They love to run out and grab beads,” Rebecca said.

With some 30 entries in this year’s parade, the event culminated in a street festival on Main Street, where vendors sold food and drinks and music was performed.

“There were several food booths and drinking booths and a VIP party. I have been impressed with the way the city of El Centro manages the event every year. Mardi Gras in El Centro has better floats and is more organized,” Rebecca said.

Tom Henderson, a member of Veterans of Foreign Wars Post 9305 Vietnam Veterans, and a handful of his brothers in arms caught a special ride for the parade.

“We rode the El Centro Fire Department fire truck in the parade to the spread the word about us bringing the Mobile Vietnam Memorial Wall to Bucklin Park in El Centro from March 26 to March 30,” Henderson said.

Jack Terrazas explained that he and his wife were selected for the honored position of King and Queen of Mardi Gras by a committee “because of our volunteering and civic duties.”

This list of Terrazas’ community service contributions over the years is too long to list in its entirety.

“Over the years I have built a long community service resume. It all started when I became an officer on my kid’s Little League board,” Jack said. “My wife later became a school board member. One thing led to another, but there has always been something we have been involved with.”

Jack was a former El Centro City Council member and an Imperial County supervisor for the El Centro area. He currently serves on two different boards, the Imperial Valley Housing Authority board and the county Work Training Center board. “It’s a necessary thing, community service. I always found it was something I enjoyed and felt that it was paying back to my community and the same time my community paying it back. Over time you get to see the results,” he said. 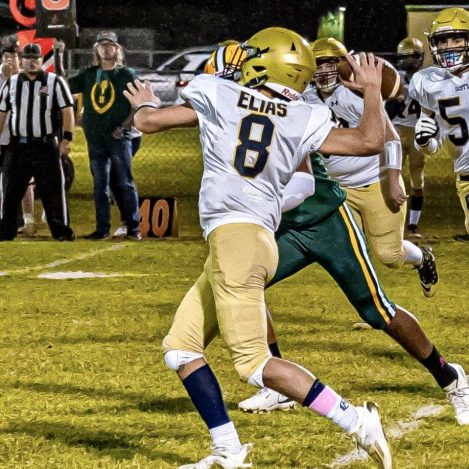