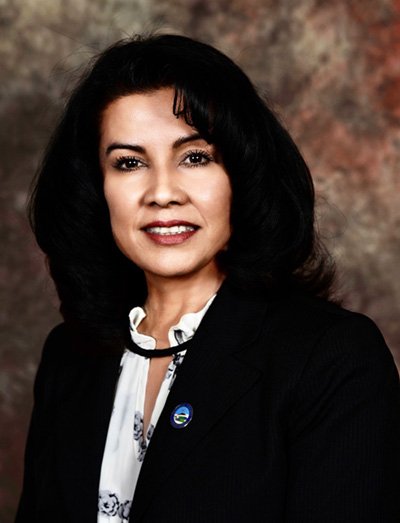 IMPERIAL COUNTY — With much preparation still needed before the U.S. Census can start March 12, it was recently learned Imperial County qualified for an another $100,000 in state funding for outreach, a county official said.

That is in addition to the initial $284,000 state grant announced in early 2019, said Esperanza Colio Warren, deputy county executive officer.

“More efforts here are needed, and they (the state) know we have gaps,” she explained during a Feb. 25 interview.

Warren is directing the Imperial County 2020 Census Complete Count Committee. It coordinates outreach on the importance of participating in the Census.

That is when kiosks–a laptop and at least one federal Census worker–will go up at 30 sites. They will assist non-English speakers and those not comfortable with computers in the self-reporting period of the count, which for the first time will be on the Internet in addition to mail and telephone contacts, Warren added.

National Census Day is April 1 but self-reported and “assisted” counting will be done through much of March until April 30.

Where is the Money Going?

A first wave of funding arrived to the county in the fall. Some of it is still being disbursed to cities and nonprofit agencies are aiding in the education effort, but Warren said more funds are needed because the county has so many areas historically hard to count. The county is considered the most difficult to count in California.

Nearly all of Calexico and central and eastern portions of El Centro and Brawley are some of the most difficult to count census “tracts” in the state. However, there are rural areas and smaller communities equally difficult to reach because of language barriers, including Seeley, Heber, Palo Verde Valley in northeastern Imperial County and Winterhaven in the east county, Warren added.

With some contracts still being signed between the county and nonprofit agencies, Warren said there are more than 20 entities and organizations getting funds to canvass and educate.

That includes committees within the cities of Calexico, Brawley and El Centro,  Warren added. Some of the money is going to canvassing and some for translators/aides and equipment at the kiosks, she said.

Warren added 13 nonprofit agencies are dedicated to unincorporated communities, including the Imperial Valley LGBT Resource Center. It is getting paid $33,280 from the county for efforts in Winterhaven, Palo Verde, Ocotillo, Niland and Salton Sea Beach.

The cities of Holtville, Imperial and El Centro are getting their money directly and the funding is being distributed by city government staffs. However, in communities with fewer manpower resources, such as Calexico and Brawley, the county funded the efforts of larger nonprofit subcontractors even though the cities arranged to use them. These include Neighborhood House in Calexico and Comite Civico Del Valle for Brawley, Calipatria and Westmorland, Warren said.

The county is using $93,150 for unincorporated areas, with the biggest single awards going to Heber, $27,520 mostly to Campesino Unidos Inc.; $16,740 to Seeley through Campesinos Unidos; and $14,170 to Winterhaven by way of the  LGBT Resource Center.

There were some immediate details on how the monies are being spent. Many expenses during the canvassing period are for educational materials and stipends for canvassers, Warren said.

Ricardo Ortega of Calexico Neighborhood House has said his agency pays workers $4 per hour, which he added is an amount allowed under the law for such work. Much of the other expenses go toward flyer printing. Funds cannot be used for administrative overhead, Ortega and Warren acknowledged.

Funds will also be used for kiosk laptops, Ortega added, and Warren said Calexico will have three–one each at the Camarena Memorial Library, Neighborhood House and the Calexico Housing Authority.

Creativity is being employed to maximize the count in some areas, officials noted.   Because Winterhaven has a high number of illiterate, cellular phones will be purchased so workers can aide in telephonic self-counting.

In Palo Verde, with limited Internet service, there will be giveaways of food and drinks to draw people to that community’s only kiosk at the county Fire Department substation, which has reliable wi-fi, Warren explained.

One of the costliest days will be March 12, she indicated, because of kick-off events. Teams will split up to canvass some of the hardest-to-reach areas and let residents know to visit kiosks for free hotdogs, for example, where other workers will be on site to assist.

When Self-Reporting Ends, What Next?

The last day to self-respond to the Census is April 30. Afterward, the U.S. Census Bureau make home visits from May 9 to July 31.

That is where things traditionally get tricky for Census officials who have not been able to reach everyone. This is especially true in high-immigrant areas such as Imperial County due to mistrust of government officials stemming from  immigration status or language challenges.

It is hopes the outreach campaign will mitigate some of those barriers, officials said.

Recently, some reportedly ad-libbed ads have appeared on local radio in English and Spanish to get the word out about participating in the count.

Although this newspaper has been unable to get a script, at least one warned  residents to voluntarily respond to the Census to avoid Census Bureau officials knocking on their door later.

When asked about the ads and whether the county committee or city subcommittees were involved Warren said they were not but that she intends to look into the matter. “I don’t want people to be afraid; that’s not the idea,” she said.