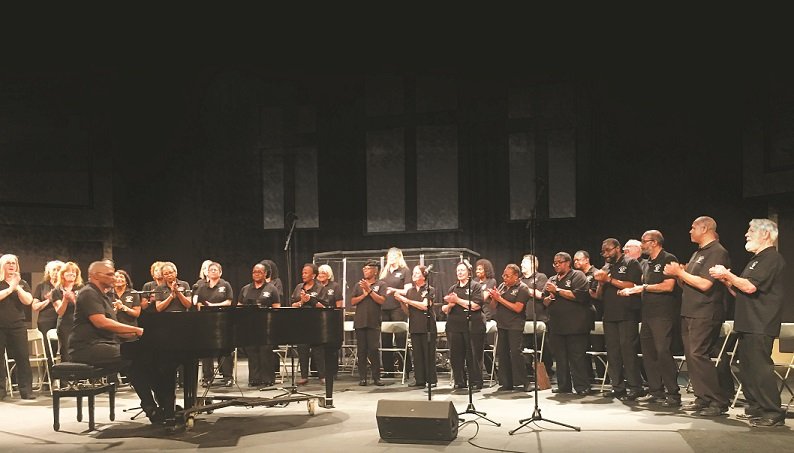 EL CENTRO — Amid the February recognition of Black History Month, the MLK Jr Community Choir of San Diego performed at Christ Community Church in El Centro on Feb. 15 with a set of inspiration gospel hymns. The 30-member ensemble stood proud as its director, Ken Anderson, accompanied it on piano.

About 100 audience members eagerly awaited the music to begin and once it did were quickly engulfed in the moment. It is just such reactions that bring as much joy to the performers as to those experiencing the group’s concerts.

“Our main purpose is to sing. The choir used to be a one-time event but we changed it to a season instead,” Anderson explained. “We started in 1994 with 17 people and now the choir averages 80 to 100 members.”

The group’s size allows it much versatility, which showed in its delivery on songs including “Great is Thy Faithfulness,” “You can Depend on God,” “Didn’t it Rain,” “Hold On,” “Worship the Lord and Praise His Holy Name,” and “We Shall Overcome.”

“We have soprano, alto, tenor, and bass singers,” said Anderson.  “For this event, we had 30 people.  The majority of the singers are from greater San Diego.  Some come from as far as Temecula, Escondido and Ramona.  Our connection to Imperial Valley came from two of our members who used to live in the Imperial Valley.”

While the choir has performed in Europe, Washington, D.C., Philadelphia, San Francisco, Carnegie Hall and other locations, 28-year member Bea Alden from Alpine recalled its growth and how its members keep it going.

“We all individually pay for our trips. We love to sing and we sing for the kids.”  Alden said. “I was part of the Choir when there was only five and then we formed this organization and asked Anderson to be our director and became incorporated as a non-profit organization.”

Choir members also count family members among their fans and that included Gerald Seon, who accompanied his wife, Earlean, who expressed joy in being part of the group, saying, “I love singing. It is part of my life.”

The MLK Choir also has a scholarship program whose beneficiaries include students in Imperial County.

“MLK Community Choir San Diego awards scholarships and narrowed it to the field of visual or performing arts as we found that San Diego schools were challenged in supporting the arts,” Anderson added. “Currently, the students are awarded an average of $2,000, but we would love to give a kid a full ride in the future.”

In between songs, the Choir announced the Imperial County MLK Scholarship for a three-week intensive residential summer program for area high school students. The awarded student will earn six college-prep units upon completion of the program.

The deadline for the scholarship application is March 16.  Visit  academicconnections.ucsd.edu for more information. The Choir also asked for assistance in locating applicants.

The event was staged by the MLK Commemorative Committee, said member and long-time Imperial Valley resident and activist Marlene Thomas. “The committee is really giving back to the community. A free concert is our way of saying thank you to our community and at the same time addressing the hunger,” she said. “That is why we are asking for non-perishable commodities and we also provide them with history.” 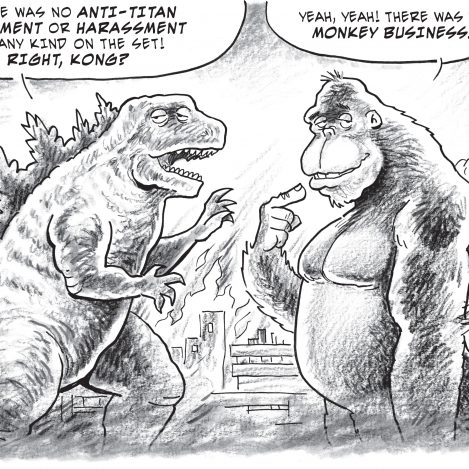